The DHS has opened an “ongoing” investigation of human trafficking at a McLean, Virginia location that has a notable owner — the King of Saudi Arabia. Police responded to a call on Tuesday to the diplomatic residence and “rescued” two women, NBC reported yesterday afternoon — and touched off a major diplomatic headache (via Katie Pavlich):

A case of “possible human trafficking” at a Saudi diplomatic compound in Virginia is under investigation, Homeland Security confirmed to News4.

Agents from U.S. Immigrations and Customs Enforcement/Homeland Security Investigations and Fairfax County police were called to a home in the 6000 block of Orris Street in McLean overnight and, in the words of a source familiar with the investigation, “rescued” two women. One woman reportedly tried to flee by squeezing through a gap in the front gate as it was closing.

It’s not clear if the women, who sources say are from the Philippines, called investigators to the home themselves or if someone else did.

It’s not as if anyone should be surprised to hear of human trafficking and Saudi Arabia in the same sentence. The US has made repeated note of the Saudis and trafficking, naming them a Tier 3 nation — the worst status — in the State Department Trafficking in Persons report in 2005.  It still holds that designation in the 2012 report, which states:

Saudi Arabia is a destination country for men and women subjected to forced labor and to a lesser extent, forced prostitution. Men and women from Bangladesh, India, Sri Lanka, Nepal, Pakistan, the Philippines, Indonesia, Sudan, Ethiopia, Kenya, and many other countries voluntarily travel to Saudi Arabia as domestic servants or other low-skilled laborers, but some subsequently face conditions indicative of involuntary servitude, including nonpayment of wages, long working hours without rest, deprivation of food, threats, physical or sexual abuse, and restrictions on movement such as the withholding of passports or confinement to the workplace. Although many migrant workers sign contracts delineating their rights, some report work conditions that are substantially different from those described in the contract. Other migrant workers never see a contract at all, leaving them especially vulnerable to forced labor, including debt bondage. Due to Saudi Arabia’s requirement that foreign workers receive permission from their employer to get an “exit visa” before they are able to leave the country, migrant workers report that they are forced to work for months or years beyond their contract term because their employer will not grant them an exit permit.

Women, primarily from Asian and African countries, are believed to be forced into prostitution in Saudi Arabia. Some female domestic workers are reportedly kidnapped and forced into prostitution after running away from abusive employers. Yemeni, Nigerian, Pakistani, Afghan, Chadian, and Sudanese children are subjected to forced labor as beggars and street vendors in Saudi Arabia, facilitated by criminal gangs. A Saudi study conducted in 2011 reported that most beggars in Saudi Arabia are Yemenis between the ages of 16 and 25. Some Saudi nationals travel to destinations including Morocco, Egypt, Yemen, Afghanistan, Pakistan, India, and Bangladesh to solicit prostitution. Some Saudi men used legally contracted “temporary marriages” in countries such as Egypt, India, Mauritania, Yemen, and Indonesia as a means by which to sexually exploit young girls and women overseas.

The Saudis don’t seem to care much about this status, either:

The Government of Saudi Arabia does not fully comply with the minimum standards for the elimination of trafficking and is not making significant efforts to do so.

Presumably, the residents at this compound have diplomatic immunity, which means it will be impossible to charge anyone with a crime.  The US can eject anyone with diplomatic credentials, however.  If this turns out to be a case of human trafficking, not only should the US eject everyone who lived and worked at the compound at the time, we might want to publish the names and faces of those involved as a message that it had better not happen again. 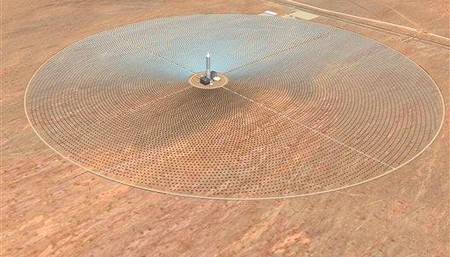 Trafalgar: Walker trails by four as Georgia voters go to the polls
Ed Morrissey 9:01 AM on December 06, 2022

Any takers? Two senators come up with a bipartisan immigration reform framework
Karen Townsend 8:31 AM on December 06, 2022