As I noted in my earlier column for The Fiscal Times, we’ve now gone more than 570 days into the Barack Obama Re-Election Campaign.  On Day 568, Obama finally deigned to produce a second-term agenda — a document so unserious and insubstantial that its release served to underscore his desperation rather than enlighten anyone on his approach to the next four years.  Even the media scoffed at the collection of recycled 2008 campaign promises and the utter lack of detail on his sloganeering.

Clearly, that didn’t do anything to revive Obama’s chances on the campaign trail, especially not with Mitt Romney hammering home his closing argument on jobs and the economy.  Therefore, on Day 574 — and late in the evening on a Friday — Obama finally got around to floating a tax-cut trial balloon:

The White House is weighing the idea of a tax cut that it believes would lift Americans’ take-home pay and boost a still-struggling economy, according to people familiar with the administration’s thinking, as the presidential candidates continue battling over whose tax policies would do more for the country.

Obama administration officials have concluded that the economy, while improved, is still fragile enough that it may need another bout of stimulus. The tax cut would replace the payroll tax cut championed by President Obama in 2011 and 2012, which was designed as a buffer against economic shocks such as the financial crisis in Europe and high oil prices. It expires at year’s end.

The new tax cut could provide hundreds of dollars or more a year to workers and show up in every paycheck. It may be similar to a tax cut Americans received in 2009 and 2010, which provided up to $400 for individuals and $800 for married couples, sources close to the administration said.

When I wrote on Thursday that Obama was out of gas intellectually and politically, I had no idea that he would prove me right again so soon.  This is nothing more than the gimmicky approach that has utterly failed already under Obama — twice.  This is a regurgitation of the Making Work Pay tax cut, passed in 2009, which was supposed to touch off a boom in consumer spending by allowing people to keep roughly $20 a week more from their paychecks.  It’s also the same kind of approach as the payroll-tax holiday passed at the beginning of 2011, which was also supposed to boost consumer spending and kick-start the economy into high gear, and which has failed equally.  (And let’s not forget that George Bush tried the same kind of “tax cut” stimulus in early 2008, with exactly the same amount of success.)

Clearly, giving consumers an extra $20 a week isn’t going to restart the engine of job creation in this economy — something that should be obvious by now.  The problem in this economy isn’t that consumers aren’t spending, it’s that investors aren’t investing.  One of the key reasons investors won’t put capital at risk is because of their inability to price that risk with any certainty, thanks to the short-term, gimmicky approach to taxes combined with the long-term and still ambiguous costs of Obama’s regulatory expansion. Instead of offering a third round of Cash For Consumers (fourth if you count Bush), the US needs long-term tax and regulatory reform so investors can once again rationally price risk for a 2-3 year period.

This is nothing more than an act of desperation, a trial balloon that attempts to sponge off of Romney’s media attention to the economy and jobs.  And as Morrissey’s Axiom of Politics and Dating states, desperation is not an aphrodisiac. 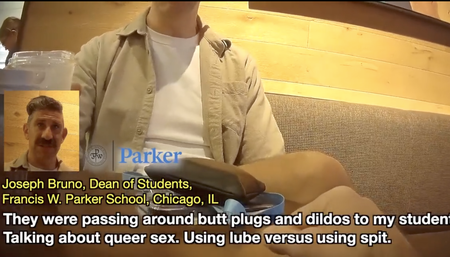