Bad news: The Obama bridal registry not as popular as you'd imagine

It’s summer, so we’re right in the middle of wedding season, where brides schedule their big day when the weather will be most likely to cooperate.  There is so much to do — planning the food, the reception venue, how to keep fueding relations separated by the seating chart — that a whole industry has evolved to take some of the burden off of the harried couple.  A traditional industry helps to manage gifts; brides register at a particular outlet (or more than one these days) and compile a list of items that they want, in order to keep from having to answer the same question on 200 phone calls, and to keep from getting five toaster ovens.  (That’s a true story from my wedding, by the way, because our choice for bridal registry kept forgetting to take items off the list.)

Imagine, then, how happy brides must have been to have found yet another option to increase their convenience!  A month ago, the Barack Obama campaign offered to make it even easier for those heading to the altar by, er, just taking their gifts away from them:

Oddly, the New York Post reports today that brides and grooms haven’t exactly rushed to take advantage of this option:

President Obama’s bizarre marriage-theme fund-raising scheme — where he asks couples to request campaign donations from their guests in lieu of wedding gifts — has been a total flop.

The desperate initiative, dubbed “the Event Registry,” is being mocked by event planners and couples — and shows how desperate the Obama campaign is to keep up with GOP contender Mitt Romney’s fund-raising. …

So far, “the Event Registry” has been all but ignored on social-media sites — even though Facebook, Twitter and other networks have been a strong suit for the Obama campaign.

“The number of links and stories about the announcement is very low since the news went live on June 22,” said Meredith Klee, a spokeswoman for the social-media tracking firm Topsy.

Her site’s latest data show 1,137 posts on Twitter about the registry.

And only a few hundred links to the registry have been shared on Facebook — even though Obama has more than 27 million fans on the site, according to Topsy.

What a shock.  Who knew that young couples just starting out in life might really prefer to get gifts that help them put together a new household?  And who knew that most people getting married, regardless of age, want their special day to focus on their new relationship rather than act as a fundraiser for a politician?

It’s too bad that the campaign’s flop took place this late in the year.  They could have tried out grad-party donations, where high school and college students ask Grandma and Grandpa to drop $50 into Team Obama’s pockets rather than their own.  I’d bet that would be every bit as successful as the Obama Bridal Registry, especially considering the jobs prospects for these young men and women in the Obama economy. 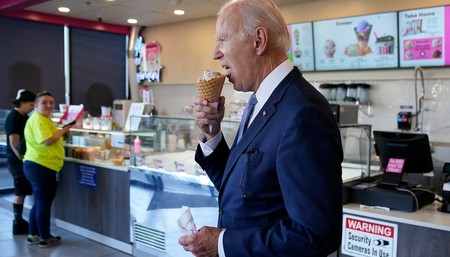