Lots of people want to save the Earth, but most of them are concerned about a deteriorating environment leading to human misery and extinction.

Les Knight, the founder of the Voluntary Human Extinction movement, wants human beings to go extinct in order to save the planet from us.

It is an unusual point of view, if not exactly unique these days. In his decades of arguing for the death of the human species he has picked up quite a few followers and garnered more than his share of attention. And with the world crossing the 8 billion population record for the first time, The New York Times decided to do a profile. I have to admit it was interesting on a number of levels and worth a read.

It’s not often one reads a profile of an actually happy person who wishes the human race would die off, and Les is apparently a happy-go-lucky guy with a bizarre preference for Gaia to people.

PORTLAND, Ore. — For someone who wants his own species to go extinct, Les Knight is a remarkably happy-go-lucky human.

He has regularly hosted meteor shower parties with rooftop fireworks. He organized a long-running game of nude croquet in his backyard, which, it should be mentioned, is ringed by 20-foot-tall laurel hedges. Even Tucker Carlson proved no match for Mr. Knight’s ebullience. During a 2005 interview with Mr. Knight on MSNBC, Mr. Carlson criticized him for espousing “the sickest” of beliefs but then added, “You are one of the cheeriest guests we’ve ever had.”

Mr. Knight, 75, is the founder of the Voluntary Human Extinction movement, which is less a movement than a loose consortium of people who believe that the best thing humans can do to help the Earth is to stop having children.

Mr. Knight added the word “voluntary” decades ago to make it clear that adherents do not support mass murder or forced birth control, nor do they encourage suicide. Their ethos is echoed in their motto, “May we live long and die out,” and in another one of their slogans, which Mr. Knight hangs at various conventions and street fairs: “Thank you for not breeding.”

No surprise he lives in Portland. Perhaps if I did I, too, would think the human race should disappear. Just kidding!

Most environmentalists express their love for the Earth in terms that appeal to human self-interest. We are depleting resources, killing off vital species, potential medicines in the rainforest are getting destroyed…you know the drill, and in many cases there is some truth to the warnings.

Human flourishing should be compatible with conservation, and the wealthier the society the more effort is put into preserving the environment. The more wealth, the healthier the Earth will be in the long run.

Look at a satellite photo of Hispaniola and you can literally see the border between Haiti and the Dominican Republic, because the poorer Haiti is deforested due to severe poverty. 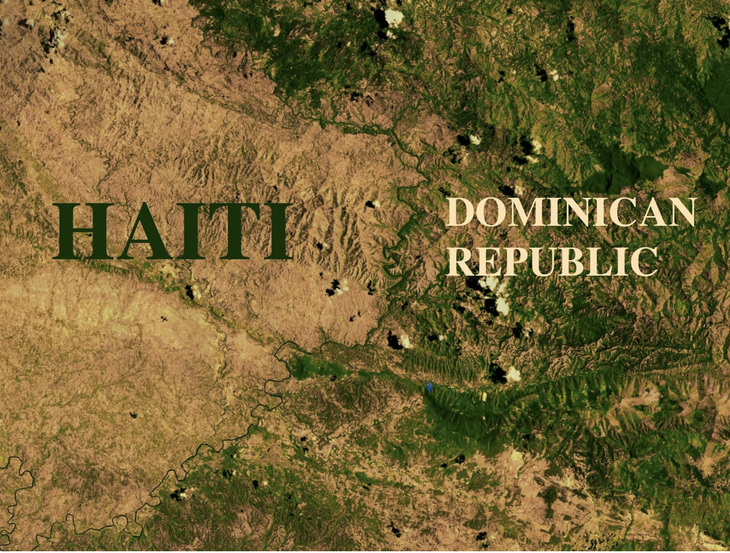 Preserving earth’s ecology to ensure human flourishing is not Les’ point. Rather, he believes the Earth will be better off without us. Earth has the moral priority, not the health and well being of our species.

But it is rare to find anyone who publicly goes as far as Mr. Knight, who never had children and got a vasectomy in 1973 at the age of 25. Beyond advocating for universal access to birth control and opposing what he calls reproductive fascism, or “the lack of freedom to not procreate,” Mr. Knight says that despite our many achievements, humans are a net detriment to the Earth.

“Look what we did to this planet,” Mr. Knight said during a chat in his sunlit backyard one warm morning this fall. “We’re not a good species.”

What a bizarre point of view. It is based upon the idea that the ecosystem of the Earth is a kind of Eden, and human beings have brought in the original sin of consumption. This is so far from the truth that there is no way to reconcile the view with reality.

Nature, particularly when tamed a bit, is beautiful. It is easy to see a forest as a temple of sorts. I drive through Idaho, Montana, Utah, or Arizona and am amazed by the wonders. The sequoias of California, the redwood forests, and even Death Valley will leave you breathless. You couldn’t pay me to go to the wildest places, such as the Amazon, because they can be deathtraps.

All life is predatory in some way. Life feeds on life. Beavers build dams. Bears tear into salmon. Wolves rip apart their prey. This is the cycle of life, and human beings are part of that cycle. We are no more a scourge on the Earth than the earthworm or the eagle. To think otherwise is perverse. From bacteria to whales, there is some form of predation.

And, as Elon Musk constantly points out, we are likely the pinnacle of consciousness in the solar system, at least. And it is through consciousness that nature awakens. We tend to assign moral value to how high up the consciousness scale a being is, as seems appropriate.

His beliefs were rooted in deep ecology, which challenges assumptions of human dominance and argues that other species are just as significant. Mr. Knight came to see humans as the most destructive of invasive species, and as super predators.

“We came to be and then ran amok,” Mr. Knight said. “And because we’re smart enough, we should know enough to end it.”

“People mention music and art and literature and the great things that we have done — it’s funny they don’t ever mention the bad things we’ve done,” he continued. “I don’t think the whales will miss our songs.”

While the United States saw an increase in births during the coronavirus pandemic, reversing the country’s declining birthrate, a 2020 poll found that one in four Americans who had not had children cited climate change as a reason. Research has shown that having one fewer child is perhaps the most significant way to reduce one’s carbon footprint, and while Mr. Knight doesn’t like to push his beliefs on people, he likes to think there are some humans who don’t exist because of his efforts.

Deep ecology is filled with perverse ideas, but the most ridiculous is seeing human predation as something particularly vile. The whales Mr. Knight celebrates subsist off krill, a less conscious species, but living nonetheless. Eating them is no more morally questionable than humans eating lobsters. Life subsists on life in almost every case.

At base Deep Ecology, as much as it elevates Nature to godlike status, hates life itself. Life is predatory. Even plants subsist through mining the earth for nutrients, just as human beings mine the earth for minerals. “Consumption” is what living things do; despising consumption is despising the essence of being alive.

Perhaps Mercury or Pluto would satisfy the moral cravings of the cheerful Les Knight, but I am afraid that the voluntary extinction of human beings would leave predatory life alive and well on planet Earth.

Ultimately the disdaining of human beings is synonymous with despising life itself. And that, it seems to me, at the foundation of Voluntary Human Extinction.

Which, I suppose, makes sense in Portland.

The NY Times is preparing for a union walkout tomorrow
John Sexton 9:00 PM on December 07, 2022

Polygamy and child rape under the guise of religion

Macron toasted them after Jill Biden said she is "absolutely" ready for a re-election campaign
Karen Townsend 7:41 PM on December 07, 2022

How far the mighty have fallen, Surowiecki edition
David Strom 6:31 PM on December 07, 2022

Just How Stupid Are Sen. Thom Tillis and the Rest of the Republican Establishment?
Townhall
Radio host explains why it's OK to go after Sen. Ted Cruz and his teen daughter after she was rushed to hospital
Twitchy
We Found the Real Dog-Faced Pony Soldier (and I Wish We Hadn't)
Redstate
The Morning Briefing: Squeaky in the Doghouse—AOC Gets Some Ethics Scrutiny
PJ Media