Children come into the world ignorant, and it is the job of adults to help them discover how the world works and how best to navigate the complexities of life.

Christopher Rufo has the documents, and needless to say they will blow your mind.

Before we get to exactly what is being taught to kids, let me show you how sneaky they are being in distributing some of the more disturbing material. Since handing out how-to guides for extreme sex acts to elementary and middle school kids would raise some alarms, the NEA is distributing badges to teachers declaring them safe adults for LGBTQ+ kids. The badges include a QR Code that directs children to a website filled with disturbing material totally inappropriate for children of any age.

These badges are to be worn by teachers to signal their embrace of LGBTQ+ identifying kids. The point is to get kids to open up to the teachers. And the point of the QR code is to lure students to a website that teaches the children that they should try experimenting sexually in new and exciting ways such as bondage and other extreme sex acts.

One resource in particular — produced, of course, by Planned Parenthood –encourages children to engage in sex acts that don’t get enough “play” in the world of normal people.

Next, the guidebook instructs readers on "giving and/or receiving pain and humiliation for pleasure" and on "putting a fist or whole hand into a person's vagina or bum." pic.twitter.com/g9yFc11RE9

There is plenty more where that comes from. And lots more resources than what Planned Parenthood provides.

One helpful resource for teachers is intended to help them recruit kids into their world, and the website even makes itself safe for teachers to read where they might get caught by other adults who may not approve of their learning how to recruit kids. It instructs the reader how to hide the website from prying eyes if somebody walks in: 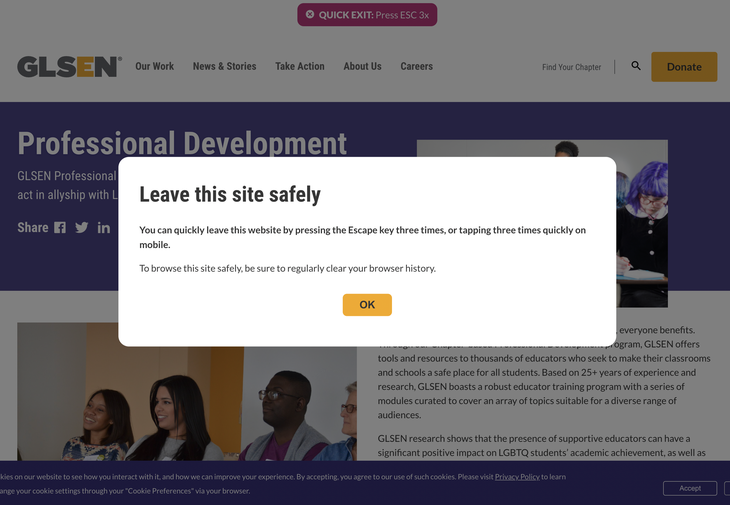 As you can imagine, not all parents are totally on board with this. When parents in Hilliard OH discovered the meaning of the QR Code, they were understandably unhappy and complained. The City Council and the schools tap danced around the issue, blathering about safe spaces and age appropriate instruction, and even suggested that content clearly aimed at children was only to be viewed by teachers and never used in the classroom.

BS. Read the sex instruction guide from Planned Parenthood and tell me that isn’t aimed at pubescent kids. You can’t, because it is.

The NEA LGBTQ+ caucus helpfully provides a whole host of resources for teachers to propagandize kids, with lesson plans going down all the way to kindergarten.

You have to start young, you know.

There is more at Rufo’s website, and he has helpfully linked to an archived site for the NEA affiliate should they start deleting things.

It is frustrating to many of us that the people we know and respect seem to be annoyed but not worried about the creeping creepiness of our public school curriculums and the freakiness of the new crop of “educators.” But there is a reason for their seeming indifference.

Normal people simply cannot believe that an institution as apple pie as the public education system has gone all in on recruiting children into weird sexual fetishes. It is absurd. Impossible. Anybody who believes that our public schools have become so corrupt is a conspiracy theorist.

And they have a point. It is unbelievable that this is going on, so people don’t believe it despite the growing evidence. “It is rare,” they say. “A few bad apples are being exposed,” they mutter. But there is no way that this is common.

Unfortunately it is becoming very common indeed, and it’s our job to break through the indifference and force people to deal with the growing crisis before an entire generation of children is destroyed.

How do they get away with it? Thanks to the help of Congressmen such as Minnesota’s own Angie Craig: 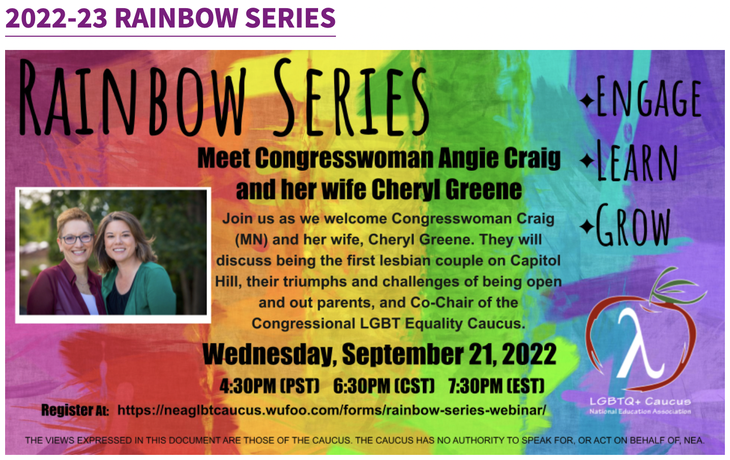