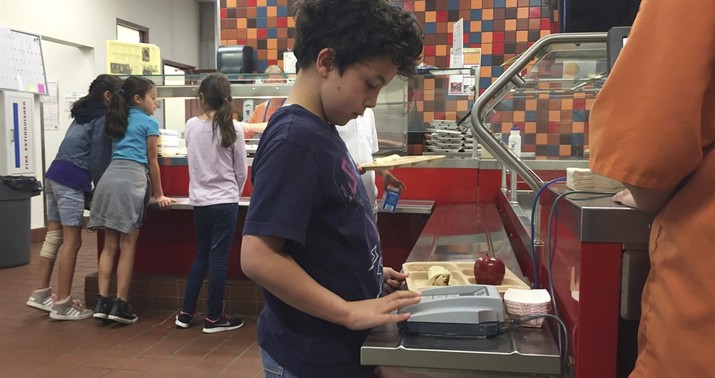 Yesterday the LA County school district reached a deal with non-teachers paving the way for a return to schools for at least some workers:

A union representing non-teachers at Los Angeles Unified — including custodians, food service workers, truck drivers and other essential workers — has reached agreement with the district in preparation for the eventual reopening of schools for in-person instruction, the union announced Monday.

In a statement released Monday morning, Service Employees International Union Local 99 said the agreement with LAUSD will allow for the reopening of some school-based services that were shut down on Dec. 10, 2020, when LAUSD imposed a safer-at-home order in response to a winter surge in COVID 19 cases.

So the lunch lady and the custodian are ready to return to work in schools but the teacher’s union aren’t budging even though Gov. Newsom announced plans to have them vaccinated.

Gov. Gavin Newsom’s new plan to vaccinate school staff more quickly does little to move campuses toward reopening in Los Angeles, where the teachers union remains opposed until community infection rates drop further and vaccines take full effect for returning workers — calling into question whether a robust return to in-person instruction is possible before the end of the school year…

United Teachers Los Angeles President Cecily Myart-Cruz said the union is holding firm to protect the health of students and their families as well as its members, who include teachers, librarians, counselors and nurses…

Myart-Cruz also left open the possibility that union members would refuse to return to work if their safety concerns are not fully addressed. Union members will vote internally to clarify their position in early March, she said.

Schools Supt. Austin Beutner appears to be in full agreement with the unions. He has been echoing their comments about infection levels being too high for them to return. Yesterday, fed up parents held a protest outside the West L.A. Federal Building.

“For a year now, they’ve been telling us we will open schools when they are safe,” Rojas said during Monday’s demonstration, which drew more than 200 parents and students from more than 20 different schools. Rojas was paying attention when the U.S. Centers for Disease Control and Prevention said it was possible to reopen K-12 campuses safely — even with significant spread of the coronavirus, even without a vaccine for school staff. And she got really excited when L.A. County Public Health Director Barbara Ferrer announced that the county had met the threshold reopening elementary campuses…

“And so, the L.A. County Health Department gave them the clear. And then, LAUSD and UTLA said: ‘Oh no, but it’s still not safe.’ And I think that was a big turning point for a lot of us parents.”…

Another parent, who declined to give her name, expressed a level of anger common among protesters.

“Every profession has gone back except teachers,” she said. “My husband, who’s a dentist, has been working in people’s mouths, helping patients. He’s put his life and our lives on the line to protect patients. But the teachers aren’t willing to go back to protect our children’s well-being, their mental health, their physical health. They’re deteriorating before our eyes, their lack of energy, their lack of wanting to go out, their depression. We’re losing our children because UTLA has demands.”

Some images from the protest yesterday:

"The United Teachers Los Angeles union is resisting this push [to reopen schools], which it says is in part rooted in white privilege." https://t.co/spnO4DyhaY by @howardblume

The nonsense coming from teacher’s unions is extraordinary. They are demanding treatment that no one else gets using phony excuses that don’t pass the smell test and don’t match up with what the health experts local and national are saying. Specifically, there is no increased danger of spreading the virus from returning to school, especially for elementary schools. The city has talked about suing the district to force some movement but so far it looks like they haven’t moved forward with that. They should stop talking about it and file the lawsuit. Enough is enough.