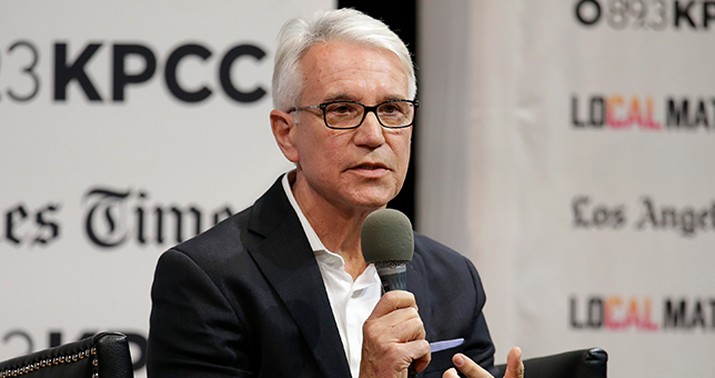 In December the union representing Los Angeles County Deputy District Attorneys sued the incoming DA over the issue of sentencing enhancements. Yesterday a judge ruled in their favor, issuing a preliminary injunction that prevents DA Gascon from dismissing sentencing enhancements in existing cases. Gascon will also be required to follow the three strikes law.

“The court ruled as we expected in holding that the district attorney cannot order his prosecutors to ignore laws that protect the public from repeat offenders,” the union said in a statement. “The court ruled that the district attorney’s policy violated the law to benefit criminal defendants and ordered him to comply with the law. This ruling protects the communities which are disproportionately affected by higher crime rates and those who are victimized.”…

The deputies union got support from the California District Attorneys Association, which filed a friend of the court brief opposing the policy change. Some former prosecutors and academics supported Gascon, as did the American Civil Liberties Union.

Gascon immediately blamed systemic racism for the loss in court:

Nevertheless, I never had any illusions as to the difficulty and challenges associated with reforming a dated institution steeped in systemic racism. (3/9)

While Judge Chalfant’s ruling does not impact the vast majority of my directives, the court did rule specifically on my Three Strikes policy. (5/9)

What this will mean going forward is that Gascon can not drop sentencing enhancements in existing cases. Those enhancements generate longer sentences in certain circumstances, i.e. using a gun to commit a murder, being a gang member, etc. However, Gascon will still be able to drop the enhancements in new cases that come before him. As mentioned in Gascon’s statement, he also lost on the issue of the three strikes law because the law is very clear about what DAs must do.

Judge James Chalfant agreed with the union’s argument that Gascón’s rules broke California’s three-strikes law, which states, “[t]he prosecuting attorney shall plead and prove each prior serious or violent felony conviction” of a criminal defendant.

Chalfant said the three-strikes law must “be applied in every case in which the defendant has a prior serious or violent conviction, and that the prosecuting attorney ‘shall plead and prove’ the strike prior” except in cases where the prior offense can’t be proved.

Gascon plans to appeal all of this but intends to abide by the ruling while the appeal is underway. Gascon has been under pressure not just for his stand on sentencing enhancements but also for his refusal to allow prosecutors to attend parole hearings for convicts. Recently that included a serial child rapist and a member of the Manson family cult. Fortunately, the LA County Sheriff has said he will send his deputies to parole hearings to speak up for victims so long as DA Gascon refuses to allow prosecutors to do so.

Finally, this local news report on the ruling against Gascon points out that his appeal could result in a decision on these issues which has impact not just in LA County but statewide.