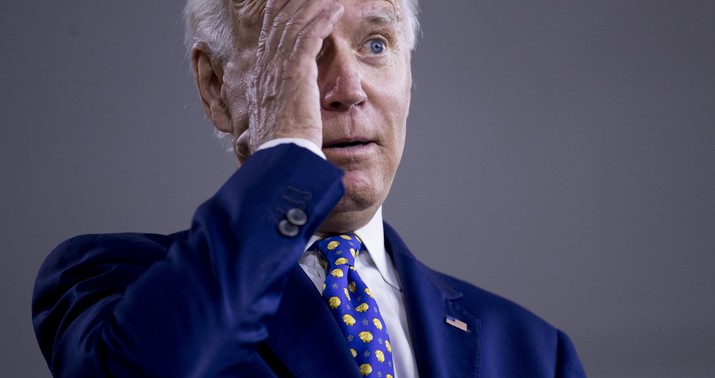 Politico has a story up today pointing out that the decision to impeach Trump a 2nd time is likely to have some pretty serious repercussions for Joe Biden’s first 100 days in office. The trial in the Senate is set to begin on January 20th and, without something approaching divine intervention, that’s all the Senate is going to be doing for a while.

President Donald Trump’s impeachment trial is set to collide directly with President-elect Joe Biden’s inauguration. And there may be little anyone can do about it.

Absent the consent of all 100 senators, Trump’s trial for “incitement of insurrection” will start at 1 p.m. on Jan. 20 — just an hour after Biden is sworn into office and Trump becomes a former president. And only the same consent from the entire Senate will allow the chamber to create two tracks: One to confirm Biden’s Cabinet and pass his legislative agenda, and another for Trump’s impeachment trial…

Given that many Republicans oppose impeachment or think it’s not even constitutional once Trump has left office, it could be tough to get the cooperation Biden needs to handle a trial alongside Cabinet confirmations and begin work on a new coronavirus stimulus bill. Biden and Democrats say it’s critical to cut a deal that does both, but one single senator can disrupt any effort to multitask.

Sen. Schumer and the Biden camp are reportedly trying to work out a way to get his nominees through the Senate while simultaneously pursuing the trial, but Politico’s story makes it sound like that divided agenda would be easy to block.

As Allahpundit pointed out earlier, the argument that the Senate can’t pursue a trial of a former president probably isn’t going to win many converts. So once Pelosi sends this to the Senate it becomes the agenda. She could hold off for a week or two to give Senators time to get other things done, but so far she’s been pushing this as the first priority. A delay would be an admission by Democrats that there are more pressing matters at hand. Democrats probably don’t want to let their foot off the gas. Doing so would not go over well with their base.

Then there’s the trial itself. Once the new Senators from Georgia are sworn in, Chief Justice Roberts will be presiding over a 50-50 Senate. That means any disagreement about how to proceed could potentially lead to partisan splits and more delays.

When you add it all up, this is probably going to delay Biden’s agenda for weeks and put Republicans in a position to argue that more important business is being neglected to pursue the trial. Even if some kind of split-agenda can be agreed to, the Senate is still only spending half its time on helping the Biden administration get up to speed. How long are Democrats willing to delay Biden’s cabinet appointments to get this done?

The non-racist Biden administration announces the racist travel bans that racist President Trump took down will instead remain...in non-racist fashion