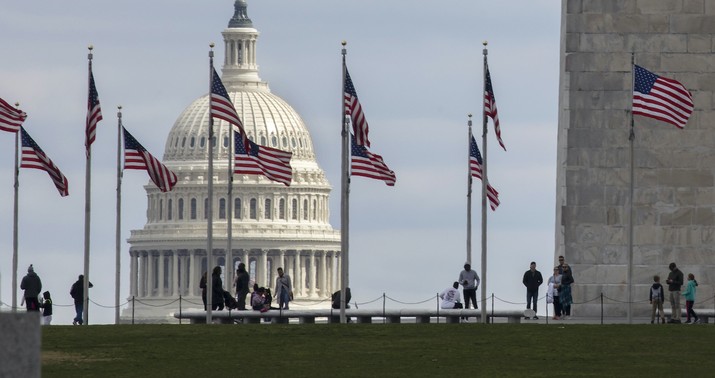 Washington, DC Mayor Muriel Bowser is asking people not to attend the inauguration of President-elect Biden next week. Monday she warned the city was under the threat of more violence and asked people to participate virtually.

Speaking at a news conference Monday, Bowser, a Democrat, warned of an “immediate threat to our democracy” and said “Trumpism won’t die on January 20.” She has asked Trump and acting Homeland Security Secretary Chad Wolf to declare a pre-disaster declaration for DC.

“Our goals right now are to encourage Americans to participate virtually and to protect the District of Columbia from a repeat of the violent insurrection experienced at the Capitol and its grounds on January 6,” Bowser said.

The Biden camp had already announced the inauguration would be a very scaled down event and discouraged people from traveling because of the virus. But it seems Mayor Bowser’s concern is less about the virus and more about security. During an interview yesterday on Face the Nation, Bowser said she is asking that the special security arrangements for the inauguration be extended:

Today, I’m- I’m requesting from the department of- the U.S. Department of Homeland Security, that they take additional steps, including expanding the length of the time that this national special security event is in place, which is- we’re asking it to be extended from January 19th, back to January the 11th. Further, I am asking that they extend the perimeter of their coverage area for this national security special event, which is the inauguration, to include the Capitol.

ABC News published an analysis piece about the Special Event Assessment Rating (SEAR) and how it is used to coordinate the various law-enforcement agencies involved in an event like the inauguration. These things are planned long in advance so changing the timeline at the last minute is probably creating a lot of headaches behind the scenes. CNN reports there is now talk about doubling the total number of National Guard troops on hand because of what happened at the Capitol last week:

At the Pentagon, officials are assessing whether there is a need to bolster the number of National Guard forces to as many as 13,000 guardsmen for President-elect Joe Biden’s inauguration, according to a defense official with knowledge of the planning. Prior to the US Capitol breach, the estimated need called for approximately 7,000 guard troops.

More than 6,000 members have already been mobilized in the wake of the Capitol being stormed by pro-Trump rioters to work in 12-hour shifts on Capitol grounds and work traffic control points throughout the city.

Another outcome of this concern is the closure of the Washington Monument. The National Park service announced it will be closed through Jan. 24th because of continued threats from groups involved in storming the Capitol:

Groups involved in the January 6, 2021 riots at the US Capitol continue to threaten to disrupt the 59th presidential inauguration on January 20, 2021. This includes the set up and execution of inaugural events, which occur in several park areas. In response, the National Park Service will suspend tours of the Washington Monument beginning January 11, 2021 through January 24, 2021…

Hopefully we’ll look back on this next week and see it all as overblown concern, but given the underestimate of the security at the Capitol last week, no one is going to take that risk. The Capitol is going to be the most heavily guarded place in America next Wednesday.

Here’s Mayor Bowser’s full press conference from this morning. Only the first five minutes of this are about plans for the inauguration but the subject comes up again during the Q&A in the latter half of this clip: