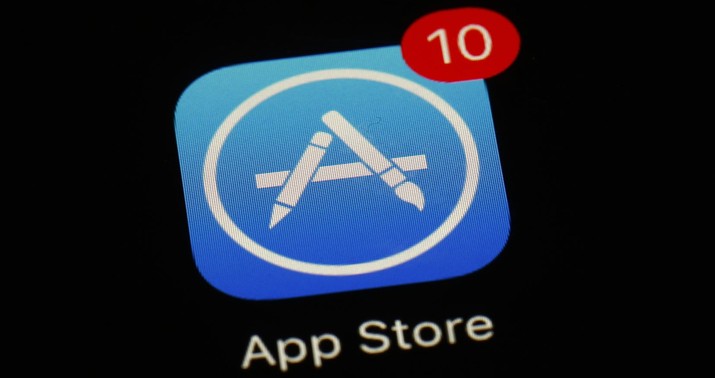 As you’ve probably heard, Twitter permanently banned President Trump this afternoon. As Allahpundit pointed out they also banned a few other figures on the right including Mike Flynn and Sidney Powell. Pro-martial law lawyer Lin Wood was banned yesterday. But the purge goes way beyond Twitter. Today, Reddit removed the most popular Trump related subreddit with about 50,000 followers.

Reddit has banned r/donaldtrump for encouraging and glorifying violence after Wednesday’s mob attack on the US Capitol. Axios reporter Sara Fischer first reported the news, noting that the unofficial pro-Trump forum had been given multiple warnings. A Reddit splash page says the subreddit was “banned due to a violation of Reddit’s rules against inciting violence.”

Reddit had banned a different and larger subreddit, r/The_Donald, last summer. Many people on the right have been moving from Twitter to Parler, but Parler was also down this afternoon and Apple is apparently giving them 24-hours before removing them from the app store:

“We have received numerous complaints regarding objectionable content in your Parler service, accusations that the Parler app was used to plan, coordinate, and facilitate the illegal activities in Washington D.C. on January 6, 2021 that led (among other things) to loss of life, numerous injuries, and the destruction of property,” Apple wrote to Parler. “The app also appears to continue to be used to plan and facilitate yet further illegal and dangerous activities.”

Apple said that “to ensure there is no interruption of the availability of your app on the App Store,” Parler was required to submit an update and a “requested moderation improvement plan within 24 hours of the date of the message,” which was sent on Friday morning. Apple said if it did not receive an update from the company within that time frame, the app would be removed from the App store…

“Content of this dangerous and harmful nature is not appropriate for the App Store. As you know from prior conversations with App Review, Apple requires apps with user generated content to effectively moderate to ensure objectionable, potentially harmful content is filtered out,” the iPhone maker wrote in its letter.

This isn’t happening organically. It’s being pushed by Sleeping Giants, an account formed years ago to get advertisers to stop supporting Breitbart News.

It’s getting worse over on Parler today if that’s even possible. Now users are openly calling for the *murder of police*.

As of right now, despite severely breaking the Terms of Service of both @AppStore and @GooglePlay, they’re both still carrying this app.#PullParler pic.twitter.com/Y7Vxmlp0dg

I can see why Apple doesn’t want to be associated with this. I’m not going to defend people casually talking about the need to murder police officers. But this sudden urge to silence one particular political group does worry me. As Allahpundit already pointed out, there are lots of actual tyrants in Iran and China tweeting things all day long and I don’t see any similar push to stop them. I also haven’t seen much effort to shut down the push toward violence on the left here in this country. We’ve had weeks of rioting, violence and arson in Portland but the people organizing these mobs are still on Twitter:

I guess some riots need to be dealt with and others can just continue in perpetuity:

Overnight, a mob of antifa from Portland descended on the suburb of Tigard, where they tried to break inside the local police department. When that failed, they proceeded to smash up nearby businesses. This is 4th antifa riot in Portland-area since NYE. pic.twitter.com/5CZUnF7774

Twitter, Reddit and the Apple app store are private concerns. They can do what they want on their own platforms. But in the wake of this big purge, they need to make an effort to explain how the rules apply equally to everyone.