San Francisco: Many more people have died from drug overdoses this year than from COVID 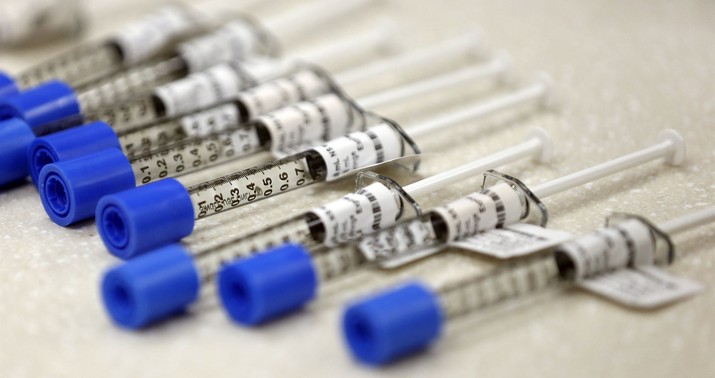 California is under a statewide lockdown that requires most non-essential businesses to be shut or have extremely limited density. In addition to the restrictions, San Francisco has implemented its own quarantine procedure for anyone entering the city. But it turns out the damage done this year by COVID is significantly less than what has been done by the drug fentanyl. More than three times as many people have died from fentanyl overdoses as have died from the virus.

Fifty-eight more people died of drug overdoses in San Francisco last month, bringing the yearly total to at least 621. That compares to 441 deaths in all of 2019.

The latest numbers put San Francisco on track to losing nearly two people a day by the end of the year and dwarf the 173 deaths from COVID-19 the city has seen so far this year.

So that’s 173 deaths from COVID and 621 from fentanyl overdoses. And as bad as 621 deaths sounds, the number could have been far worse:

The crisis fueled by the powerful painkiller fentanyl could have been far worse if it wasn’t for the nearly 3,000 times Narcan was used from January to the beginning of November to save someone from the brink of death…

The data reflects the number of times people report using Narcan to the Drug Overdose Prevention and Education Project, a city-funded program that coordinates San Francisco’s response to overdose, or return to refill their supply. Officials at the DOPE Project said that since the numbers are self-reported, they are probably a major undercount.

So the number of deaths could easily have been 10 times the COVID death toll if not for Narcan. And all of this is just one city’s experience of a nationwide problem. Last week the CDC announced a big increase in fatal drug overdoses:

The most recent provisional data available from the Centers for Disease Control and Prevention’s (CDC) National Center for Health Statistics (NCHS) indicate that approximately 81,230 drug overdose deaths occurred in the United States in the 12-months ending in May 2020 (Figure 1).i This represents a worsening of the drug overdose epidemic in the United States and is the largest number of drug overdoses for a 12-month period ever recorded.

Much of that increases is connected to fentanyl and has been mostly concentrated west of the Mississippi. The CDC published this map showing where the increases have been most severe (dark red means a > 50% increase).

Of course the death toll from overdoses nationwide (81,000) is smaller than that for COVID (319,000) but again that’s partly because we have a very effective treatment for overdoses (Narcan) which was used tens of thousands of times to prevent deaths in the past year.

Now that the vaccine is being rolled out and we can see the light at the end of the COVID tunnel, the fentanyl crisis and the impact it is having on the nation should get some more attention.