Study: Men with COVID-19 are three times as likely to wind up in the ICU 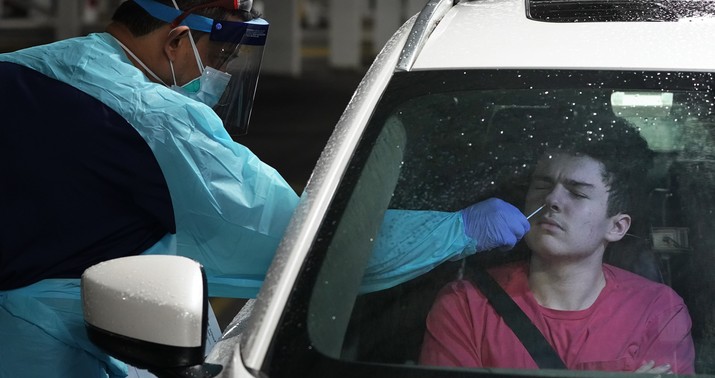 A study published today in the journal Nature Communications looked at a large sample of COVID-19 patients and found that, while men and women catch the virus at the same rate, the infection is much more likely to be severe for men. Not only were men nearly three times as likely to wind up in the ICU, they 1.4 times more likely to die.

The researchers analyzed data from 90 reports involving 46 countries and 44 US states. This data showed that, among the cases in the study, about 1.57 million were women and about 1.53 million were men.

Yet when it came to data on over 12,000 admissions to hospital intensive care units, about 8,000 of those were men and 4,000 were women, the researchers found.

Because the sample contained roughly equal numbers of men and women, researchers say this is not a case of men being more likely to contract the disease because of social behavior or poor hygiene. A chart contained in the study also shows men were more likely to need intensive care (labeled ITU for intensive therapy unit) in every country for which they had data. As you can see there’s a range but the average works out to 2.84 times the risk for men as for women.

The difference appears to be biological, though the researchers weren’t able to rule out other factors such as men being more likely to have pre-existing conditions that make them more susceptible to the disease. However, the authors do point out that the most common comorbidities are high blood pressure and diabetes. Since both of these effect roughly equal percentages of men and women they are unlikely to be the cause of the differences shown in this study. The study does spend some time discussing what could be the cause and suggests it could be as simple as testosterone which tends to suppress the immune system.

Whatever the reason, this appears to be a common trait shared by other, similar coronaviruses. This comes from the study itself:

Previous coronavirus outbreaks have demonstrated the same sex bias. The Hong Kong SARS-CoV-1 epidemic showed an age-adjusted relative mortality risk ratio of 1.62 (95% CI = 1.21, 2.16) for males. During the same outbreak in Singapore, male sex was associated with an odds ratio of 3.10 (95% CI = 1.64, 5.87; p ≤ 0.001) for ITU admission or death. The Saudi Arabian MERS outbreak in 2013 – 2014 exhibited a case fatality rate of 52% in men and 23% in women. These data suggest that, whilst socio-economic factors may be influencing some aspects of the pandemic, fundamental differences in the immune response between males and females are likely to be a driving factor behind the significant sex-bias observed in the COVID-19 pandemic.

We’ve been dealt a bad hand in this pandemic, gentlemen. Take care of yourselves out there.

Unity: The Lincoln Project's Steve Schmidt says of Trump Republicans, 'Their shame will last forever' because 'We will write their history'

Here We Go: Trump Declassifies 'Crossfire Hurricane' Docs on His Way Out the Door