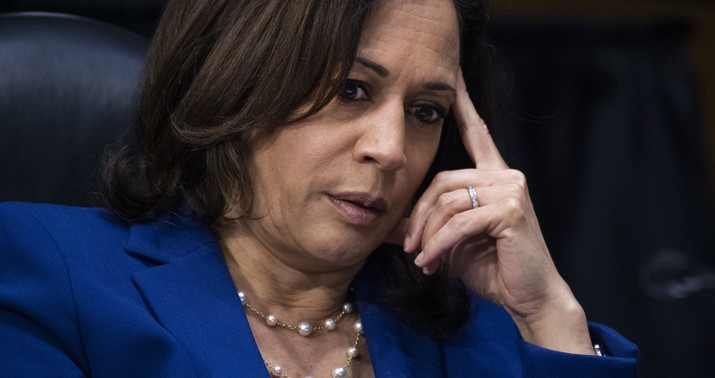 With Kamala Harris leaving the Senate, Gov. Gavin Newsom will now have to pick a replacement to fill out the remainder of her term. Already, two far left groups are in public disagreement over who should take that spot.

Justice Democrats is a progressive group co-founded by Cenk Uygur and AOC’s former Chief of Staff Saikat Chakrabarti among others. The group is already expressing its excitement over the possibility that Rep. Ro Khanna, an ally of AOC, is being discussed as a possible replacement for Harris.

We are excited that @RoKhanna is being considered by many California Democrats and progressives as a candidate for the next United States Senator of California. His voice in the Senate would be a major boost for our movement for justice.https://t.co/Wk4DvtJl51

When asked about it by Fox News, Khanna’s camp was vague:

“Ro strives to be a strong progressive voice in California and across the country,” a spokesperson for Khanna told Fox News on Tuesday. “He is keeping all of his options open to best do that. We aren’t closing any doors right now. And he’s so appreciative of all the support he’s received.”

I guess a free pass to the Senate isn’t the kind of job you want to be seen openly campaigning for. Meanwhile, Black Lives Matter has launched a petition demanding that Gov. Newsom appoint a black woman to replace Harris, calling it “nonnegotiable.”

We’re calling on Governor Gavin Newsom to appoint a Black woman to fill that seat. And like the California Legislative Black Caucus, we’re pushing for the appointment of either Rep. Karen Bass or Rep. Barbara Lee as candidates for the position…

Appointing a Black woman to this seat is nonnegotiable — this must be done. Our government is about representation of the people, and as we saw in this election, Black people, and more specifically Black women, are constantly showing up for democracy.

If there is not a single Black woman in the Senate, then the Senate is simply not a proper representation of the people…

All in all, these Black women are overwhelmingly qualified, and most importantly, they’re dedicated in the fight for Black liberation…

Let’s make one thing clear to Governor Newsom: This is not a one-way street. We showed up, and now, it’s his turn to do the same.

Team, together, we’ll get the Senate seat that rightfully belongs to a Black woman.

In today’s Democratic party, can you tell BLM no? I don’t think so, which is why I think Newsom will pick either Rep. Bass or Rep. Lee. But doing so may not sit as well with the Justice Democrats who just today criticized Biden’s plan to appoint people they consider “corporate-friendly insiders.” One of the people they are unhappy about is Rep. Cedric Richmond.

A Joe Biden administration dominated by corporate-friendly insiders will not help usher in the most progressive Democratic administration in generations.

This move gives greater urgency for Joe Biden to create an Office of Climate Mobilization on Day 1 and appoint progressives. pic.twitter.com/xkSszuza1q

Richmond doesn't have a great history with climate activists in his district.

Justice Democrats has already picked out new jobs for half of the Squad already. Rep. Tlaib would go to HUD and Ayanna Pressley could be Sec. of Transportation:

For Secretary of Transportation

Justice Democrats are going to be disappointed when it comes to Rep. Ro Khanna and Rep. Cedric Richmond. Those disappointments will only make the progressive left more determined to claim ground in other areas. I guess we’ll have to wait and see if half of the Squad winds up in a Biden administration.

Denver mayor couldn't even wait a whole hour to fly to Mississippi for Thanksgiving after warning people to 'avoid travel, if you can'

Insanity Wrap #95: Delirious Robert De Niro Keeps Mistaking Himself for One of His Tough-Guy Roles