California’s Prop 16, which would remove a racial discrimination ban from the state constitution, was defeated 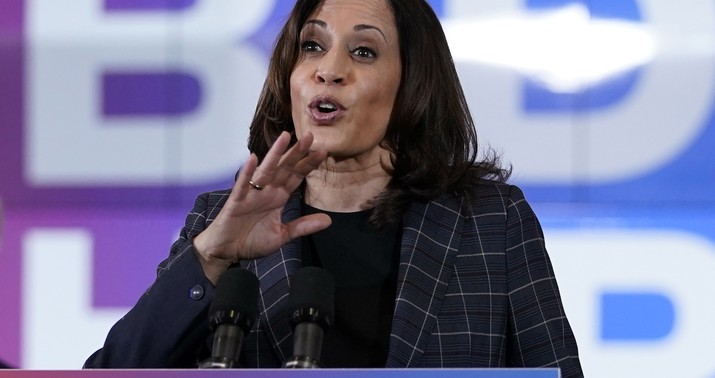 I wrote about California’s Prop 16 about a month ago. In case you missed it, Prop 16 was designed to remove a passage from the state constitution which reads: “The state shall not discriminate against, or grant preferential treatment to, any individual or group on the basis of race, sex, color, ethnicity, or national origin in the operation of public employment, public education, or public contracting.”

Why would activists want to remove a prohibition against racial discrimination from California’s constitution? Because they needed to remove it to pursue affirmative action programs in the state. You see that simple statement was added to the constitution by voters back in 1996. Prop 209, as it was then called, made California the first state to make affirmative action illegal. Left-wing activists have been trying to overturn it ever since and they though that this year they could get it done. Fortunately, they failed:

Proposition 16, which would have reinstated the ability to consider race and sex in government hiring and contracting and in public university admissions, was defeated, upholding a ban that voters first approved 24 years ago. By Wednesday, the measure trailed by 12 percentage points, a slightly larger margin than the one in the 1996 election in which California outlawed many affirmative action programs. The measure was winning only five Bay Area counties and Los Angeles.

The proposition lost by nearly 1.4 million votes. Supporters were upset and saw it as a failure to address “structural racism.”

“Both in California and across the country, we’re not witnessing a repudiation of Trumpism that we’d like to see,” said Vincent Pan, executive director of Chinese for Affirmative Action and a co-chair of the campaign. “There’s a lot of work to do to help enlist more folks who are championing the promotion of policies that really fix structural racism.”

The NY Times editorial board, which endorsed it last week, is probably also disappointed in the outcome:

This summer, millions of Americans took to the streets to protest racial injustice. Now, millions more in California can cast their ballots for a simple measure advancing that cause: undoing two decades of educational and economic setbacks for Black and Latino Californians.

Of course that’s not how the people fighting the proposition saw things:

Gail Heriot, a law professor at University of San Diego and co-chair of the opposition campaign to Prop. 16, said most voters do not subscribe to “identity politics” or cast their ballots based on their race or sex. She said most Californians recognized that resurrecting government affirmative action programs would be “poisonous,” leading to preferential treatment for some and discrimination against others.

“They don’t want to see California become a state sponsor of that,” Heriot said. “Our cause is just. That’s why we won.”

At the center of the debate was the issue of affirmative action in college admissions. The UC regents endorsed the proposition in June. And that led to some resistance from Asian Americans who recognized that they were likely to be targeted if the proposition passed:

Crystal Lu, president of the Silicon Valley Chinese Association Foundation, said referring to the disparity as an overrepresentation of Asian Americans concerns her. She said it implies that everything must be proportional, and fears that efforts to diversify campuses will mean fewer spots for Asian Americans.

“It shows the intention is to conduct racial balancing. It’s a hidden quota system,” Lu said.

The issue is personal for Xu, Lu and many of their fellow advocates, who emigrated from China to attend college or graduate school in the U.S. and say they overcame a poor upbringing through their education to rise into the middle class.

And that brings me to something that Kamala Harris published on Twitter just before the election. Remember this?

There’s a big difference between equality and equity. pic.twitter.com/n3XfQyjLNe

As Ed wrote at the time, many saw this woke endorsement of equity, i.e. equality of outcome as bordering on communism. I actually tend to agree with that interpretation, but even the mildest interpretation of the clip suggests that what is needed is a leg up for some minority groups. I don’t think it’s a coincidence that Kamala Harris was one of the most high profile people to endorse proposition 16. I wonder if that’s, to some degree, what this clip was about.

But clearing the way for affirmative action means getting rid of the state’s prohibition against discrimination and even in California a majority of people still believe that’s wrong.

CNN's Anderson Cooper Attacks Kayleigh McEnany's Husband, Walks It Back After She Dunks Him