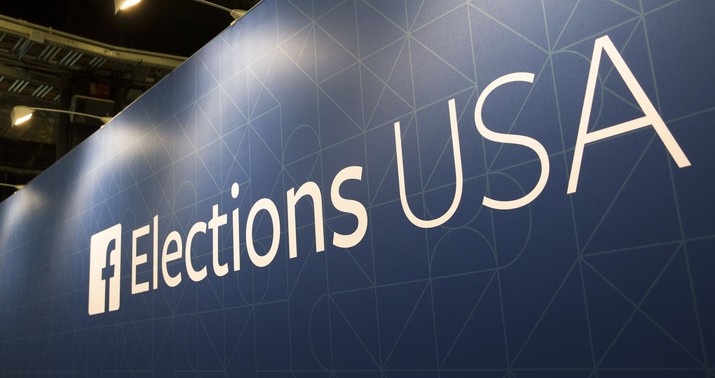 As Ed wrote earlier, the NY Post has a big story out today headlined “Biden’s Secret E-mails” about files found on an old laptop computer someone allegedly dropped off at a repair shop and never returned to collect. One of the items discovered on the computer was an email in which an advisor to the board of Burisma allegedly sent to Hunter Biden thanking him for a chance to meet with his father Joe Biden.

As Ed has been pointing out all morning, there are plenty of reasons to look into the details of this story with caution. Reasonable people may want to take it with a grain of salt until we have more information about the history of this laptop. But that’s a process that belongs in the hands of individuals, not social media companies.

Earlier today a spokesman for Facebook to state on Twitter that the social media site would be “reducing” the distribution of the Post story even before it has been fact-checked.

This is part of our standard process to reduce the spread of misinformation. We temporarily reduce distribution pending fact-checker review. https://t.co/vf3CBvLmjj

That first tweet has been radioed by thousands of people who find Facebook’s decision to halt the spread of the story in advance of a fact-check to be a bit suspect, especially coming from a person with a long history in Democratic politics:

Democrat operatives at Facebook are suppressing information about Democrat corruption weeks before a presidential election.

They don't even dispute the story. They don't have a shred of evidence it isn't true. They don't just want it to spread. https://t.co/Fiyk731wBU pic.twitter.com/EctzGc5biR

Holy bleeping bleep. Facebook explicitly admitting it is protecting Biden — and interfering in the presidential election — by censoring media outlets and limiting discussion of today's breaking news about Biden's engagement with Burisma. https://t.co/nF07qqyc5J

To be very clear: A former longtime Democratic staffer, now working at @Facebook, is boasting about censoring a reported @nypost story damaging to the Democratic candidate for president.

Facebook says it is 'reducing [the] distribution' of the New York Post's report that Hunter Biden introduced an executive for the Ukrainian company that was paying him to his father when Joe Biden was vice president. https://t.co/MSBfgPvx2Q

Folks, if you don't understand, this is @Facebook warning you that they may put a strike on your page if you post @nypost article, and if you get multiple strikes, they will throttle your page reach, if you post this story. They are protecting Biden, they are biased. https://t.co/Kcx7uA3c3J

The idea that Facebook would brag about “pre-ducing” distribution even before a fact check shows how far we’ve come on this topic – a few years ago this would be the kind of thing James O’Keefe would uncover through secret recordings.

The power of Facebook — due to its sheer size, integration and gobbling up of competitors — was already way larger than any democracy should tolerate.

Now that they're actively controlling the news and discourse, it's beyond just a menace. It's a terrifying threat.

If you look at the link Stone provided to the “standard process” for reducing the spread of misinformation, which Facebook published last year, it says the following [emphasis added]:

Over the next month, content across Facebook and Instagram that has been rated false or partly false by a third-party fact-checker will start to be more prominently labeled so that people can better decide for themselves what to read, trust and share. The labels below will be shown on top of false and partly false photos and videos, including on top of Stories content on Instagram, and will link out to the assessment from the fact-checker.

Those first three paragraphs have to do with stories that have been confirmed or judged by a third-party fact-checker to be misinformation. That’s obviously not the case here since Stone admits this hasn’t been fact-checked yet. His excuse comes in the final paragraph of this section:

In addition to clearer labels, we’re also working to take faster action to prevent misinformation from going viral, especially given that quality reporting and fact-checking takes time. In many countries, including in the US, if we have signals that a piece of content is false, we temporarily reduce its distribution pending review by a third-party fact-checker.

Facebook is reducing the distribution of the NY Post story because they have “signals” it is false. That’s how they are justifying this. But what are those signals exactly? Stone doesn’t say. Why not? How do we know the signals he got about this story didn’t come directly from the Biden campaign?

There are lots more questions about this process where those came from. This has been in place for a year. Has Facebook ever acted on it before with a major story from an established media outlet? What other stories did they limit distribution in advance of a fact-check and why? Were any of those stories critical of President Trump? Have they ever limited distribution of a story and later found it they did so in error? Maybe there are reasonable answers to all of these questions but at the moment we’re not getting much from Facebook beyond a statement that suggests they believe this is misinformation for unknown reasons.

Has Facebook ever preemptively limited a story from a major media outlet to verify it’s true without a specific reason to doubt it? https://t.co/R5zpR5bbGs

And let’s face it, now that Facebook has put out a call for fact-checks, the left-wing fact-checkers they work with have all the incentive in the world to provide an excuse to kill this story three weeks before an election. Who is going to fact-check the fact-checkers?

As hard as I squint, I can’t see the unbiased algorithm here https://t.co/yKazaA2bLO

Ultimately, this move could backfire on Facebook and Biden. An open attempt to suppress the story is only going to make it a bigger story:

The reaction to this tweet shows how this sort of move can backfire. Instead of stopping the story, Stone made himself a part of it. https://t.co/LdCqa85qUv

Facebook shouldn’t be using their monopoly to pre-judge the outcome of a story’s reliability weeks before an election. This looks politically motivated and, as mentioned above, having a long-time Democratic politico make the announcement only adds to that suspicion.