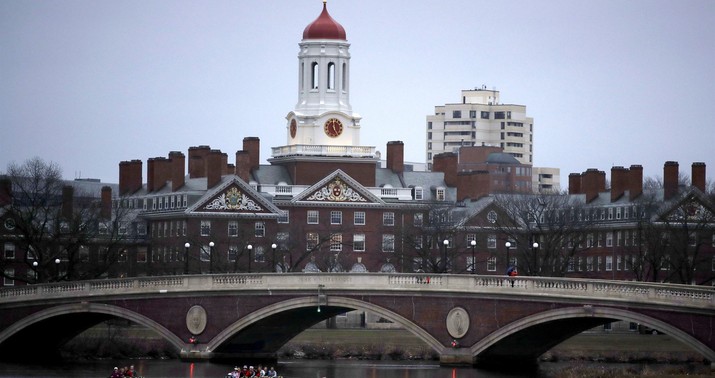 This opinion piece at the Hill caught my attention both because of the subject matter and because the author grew up in my adopted hometown of Huntington Beach, CA. Young R. Kim writes in opposition to what has become known as the “model minority myth,” which opponents see as a stereotype about Asian people. I want to be fair to his argument but I can’t say I really understand it apart from a certain strain of left-wing politics that seems eager to discount the possibility of any link between hard work and success:

When my father came to the United States to pursue graduate studies, he had plans for an academic career that never came to be. Instead, with the proverbial sweat of his brow (and my mother’s), he pulled himself up by his metaphorical bootstraps to build a small business — an SAT prep school geared toward Korean immigrant families — that arguably became the most successful one in Orange County in the 1980s. Their hard work translated into the material signs of the American Dream: two cars, as many dogs, a suburban home in a quiet neighborhood, with highly-rated schools.

So his family worked hard and became a success. And the author admits that for a time that was the lesson he took from it:

Every family has its own story, and every Asian and Asian-American community is different. I admit, though, growing up in southern California, in a home infused with a cultural conservatism borne from the homeland, I bought into the myth. We certainly were not like those people — lazy, freeloading, uneducated, unmotivated — or so we believed. Living in the OC and seeing the LA Riots unfold from a safe distance did not help either.

But at some point on his own path to success as a professor of history at the University of Illinois at Chicago, Kim decided that was all wrong:

Those I represent are extolled for our work ethic and docility, admired for achieving the “Dream,” and occasionally welcomed into the exclusive clubs. Still, we are simultaneously ridiculed for the shape of our eyes, conscripted to join lawsuits against allegedly unfair college admissions, and blamed for the “Kung-flu,” the new yellow peril. So which is it? Are we a model or a mockery?

The lawsuit he’s referring to involved unfair admissions practices at Harvard. The allegation made by the plaintiffs was that Asian applicants were being held back by routinely having their scores on personal attributes rated lower than individuals of other races. This itself played into a stereotype about Asian-Americans as hard working drones with little personality, i.e. as docile exactly as he mentioned in that first sentence. Rather than being offended by this, Kim is offended that the lawsuit was brought at all, apparently. And was anyone involved in the case “conscripted” as he claims? In any case, I don’t see how arguing that more Asian-Americans deserve to get into Harvard makes Asians the object of ridicule.

As for the “Kung-flu” comment, that understandably upset some Asian-Americans when Trump repeated it at a rally. But it’s worth noting that Trump had previously said that his criticisms of the “Chinese virus” (a phrase he used several times) was not intended to reflect on Asian-Americans. “They’re amazing people and the spreading of the virus is not their fault in any way, shape or form. They’re working closely with us to get rid of it – we will prevail together,” he said.

The origins of the myth are almost laughable, if not so tragic: Japanese-Americans were idealized as a model to compare with Black Americans. But who put the former into internment camps during World War II? Who created the old Jim Crow, and the new?

If you follow that link to the 1966 NY Times story headlined, “Success Story, Japanese-American style” you’ll see that it’s entirely sympathetic to Japanese Americans and their ability to achieve some success despite obvious mistreatment during World War II. The article notes that the secret of Japanese American’s success is that they had made education a priority and, on average, finished more schooling than white or black Americans.

The piece also argued that one reason Japanese-Americans may had been able to succeed “over the highest barriers our racists were able to fashion” because they still had a recent memory of being part of a distinct culture in which they had pride.

It’s certainly possible to disagree with that 54 year-old NY Times piece, but I don’t think you can argue that the intent was anything other than to praise Japanese Americans for their ability to overcome obstacles including racism. Here’s Kim’s conclusion:

We are steadily approaching a time when the majority will no longer be so in terms of sheer numbers. Yes, some of us have been given a few seats at the table, and to be sure, many of us must reckon with our complicity in perpetuating the structures of systemic racism. And we must remember that we are only useful as the “model minority,” as long as it serves the interests of those who perpetuate the myth.

The model minority myth may be misleading or only partly true in all of the ways people claim. And yet, it remains true that some minorities, like the author and his father, have been able to succeed in America despite obstacles. He may regret that Asian Americans, or some subset of them, have that “model minority” reputation but the fact that he decries it from a successful perch at a major university says more than his essay does about what works in America.