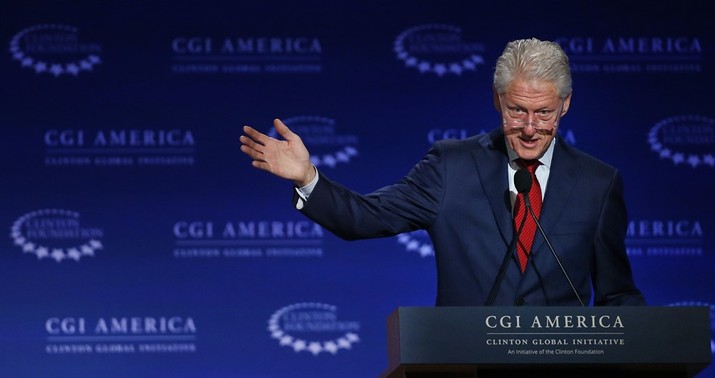 The NY Times has a scoop here about the Durham investigation but it’s also clearly looking to politicize and problematize the investigation so we get this headline: “In Politically Charged Inquiry, Durham Sought Details About Scrutiny of Clintons.” The opening graph is working the same angle, so much so that the actual news doesn’t even get mentioned. The authors want to lay a lot of partisan groundwork:

From the beginning, John H. Durham’s inquiry into the Russia investigation has been politically charged. President Trump promoted it as certain to uncover a “deep state” plot against him, Attorney General William P. Barr rebuked the investigators under scrutiny, and he and Mr. Durham publicly second-guessed an independent inspector general and traveled the globe to chase down conspiracy theories.

The framing is thick in this piece but eventually we do get to the news:

Mr. Durham, the U.S. attorney in Connecticut assigned by Mr. Barr to review the Russia inquiry, has sought documents and interviews about how federal law enforcement officials handled an investigation around the same time into allegations of political corruption at the Clinton Foundation, according to people familiar with the matter…

Some former law enforcement officials declined to talk to Mr. Durham’s team about the foundation investigation because they felt the nature of his inquiry was highly unusual, according to people familiar with the investigation. Mr. Durham’s staff members sought information about the debate over the subpoenas that the F.B.I. tried to obtain in 2016 and have also approached current agents about the matter, but it is not clear what they told investigators.

There isn’t any sourcing information in this story but if I had to take a guess, this is coming from those “former law enforcement officials” who declined to talk. But that’s just a guess.

The partisan thrust of the story (the authors do everything but call this a witch hunt) and the troubling facts about the Clinton Foundation eventually collide in this awkward paragraph:

Critics have suggested that she was part of a quid pro quo in which the foundation received large donations in exchange for supporting the sale of Uranium One, a Canadian company with ties to mining stakes in the United States, to a Russian nuclear agency. The deal was approved by the Committee on Foreign Investment in the United States when Mrs. Clinton was secretary of state under President Barack Obama and had a voting seat on the panel.

That link doesn’t go to Breitbart of any right-wing source. It goes to one of the best investigatory pieces the NY Times has published in the past five years: “Cash Flowed to Clinton Foundation Amid Russian Uranium Deal.” If you haven’t read this 2015 piece you really should. It contains some pretty startling facts about how a Canadian investor managed to get valuable Uranium mining rights in Kazakhstan with an assist from the Bill Clinton. Those rights eventually wound up in the hands of Russia:

The path to a Russian acquisition of American uranium deposits began in 2005 in Kazakhstan, where the Canadian mining financier Frank Giustra orchestrated his first big uranium deal, with Mr. Clinton at his side.

The two men had flown aboard Mr. Giustra’s private jet to Almaty, Kazakhstan, where they dined with the authoritarian president, Nursultan A. Nazarbayev. Mr. Clinton handed the Kazakh president a propaganda coup when he expressed support for Mr. Nazarbayev’s bid to head an international elections monitoring group, undercutting American foreign policy and criticism of Kazakhstan’s poor human rights record by, among others, his wife, then a senator.

Shortly after the deal closed, Giustra wound up donating millions to the Clinton Foundation. My favorite part of this story is probably this detail which took place in 2007 [emphasis added]:

Mr. Dzhakishev, the Kazatomprom chief, said he traveled to Chappaqua, N.Y., to meet with Mr. Clinton at his home. Mr. Dzhakishev said Mr. Giustra arranged the three-hour meeting. Mr. Dzhakishev said he wanted to discuss Kazakhstan’s intention  not publicly known at the time  to buy a 10 percent stake in Westinghouse, a United States supplier of nuclear technology…

Mr. Clinton told him that he would not lobby for him, but Mr. Dzhakishev came away pleased by the chance to promote his nation’s proposal to a former president.

Mr. Clinton “said this was very important for America,” said Mr. Dzhakishev, who added that Mr. Giustra was present at Mr. Clinton’s home.

Both Mr. Clinton and Mr. Giustra at first denied that any such meeting occurred. Mr. Giustra also denied ever arranging for Kazakh officials to meet with Mr. Clinton. Wednesday, after The Times told them that others said a meeting, in Mr. Clinton’s home, had in fact taken place, both men acknowledged it.

The moral of this story is that the Clintons always lie until they are caught. I wonder if that lesson will apply to the Durham investigation?

Governor Gretchen Whitmer: If You're Tired Of Masks And Wish You Could Go Back To Church, Vote