Democratic fear-mongering about the coronavirus vaccine is working 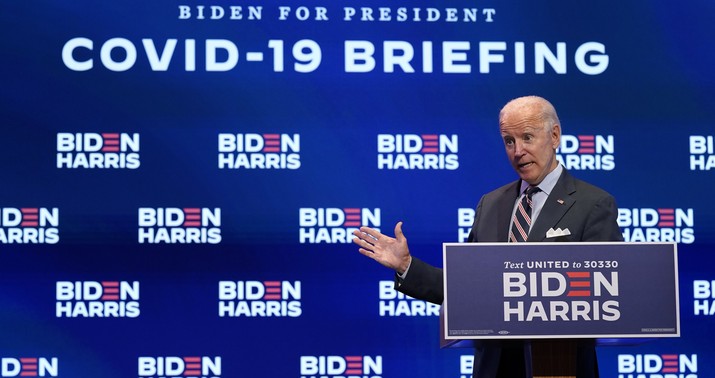 NBC News published a story today which suggests the fear-mongering Democrats have been doing about the forthcoming coronavirus vaccine is working. The mother of a 10-year-old highlighted in the story is determined not to vaccinate her daughter even if the local school board says it’s mandatory:

Michelle Vargas of Granite City, Illinois, has always vaccinated her 10-year-old daughter, Madison. They both typically get flu shots. But when a vaccine for the coronavirus eventually comes out, Vargas will not be giving it to her daughter — even if Madison’s school district requires it.

“There is no way in hell I would be playing politics with my daughter’s health and safety,” said Vargas, 36, an online fitness instructor. If the public school Madison attends and loves says the vaccine is mandatory, “we would find other options,” she said…

“I understand that time is of the essence and a lot of people want to get on with their lives,” she said. “But any time anything is rushed, integrity goes out the window.”

The piece points out that several recent polls have shown that people are hesitant about the vaccine and states directly that, “those polled said that they felt there will be insufficient data on the long-term effects of a rushed vaccine and that they are suspicious that pressure from President Donald Trump ahead of the election could compromise its safety standards.”

Where would people get that idea?

From national Democrats including both members of the Biden ticket. “I don’t trust the president on vaccines,” Joe Biden said on CNN last week. He added that he would be willing to trust Dr. Fauci. Kamala Harris has also spread this message. Earlier this month she said on CNN, “I will say that I would not trust Donald Trump and it would have to be a credible source of information that talks about the efficacy and the reliability of whatever he’s talking about.” She added, “I will not take his word for it.”

Biden and Harris aren’t alone in this, far from it. Earlier this month a Democratic Senate candidate in North Carolina suggested during a debate that he was hesitant to take a COVID vaccine.

Democrats say they are just questioning Trump not science and not the vaccine development process itself, but clearly people like Michelle Vargas aren’t getting the distinction. She’s not saying she’ll get the vaccine if it’s proven safe or if Dr. Fauci approves of it. She’s saying “there is no way in hell” her daughter will get it no matter what local authorities decide.

Not even President Trump believes we’ll have doses of a vaccine for everyone by the end of the year. He recently said that could take until April. So what happens if Biden wins the election? Does the same vaccine that Democrats have been casting doubt on suddenly become reliable and safe? I think Dems are assuming they can flip a switch on this but it’s not going to be so easy to put this particular genie back in the bottle. In fact, the NBC story points out that anti-vaxxers are looking at all the potential new converts to their point of view the Democratic fear-mongering has created:

Katie Otteni, 24, of Hickory, North Carolina, has never vaccinated her 22-month-old son, Dallas, and she has used the religious exemption to skirt his day care center’s vaccine requirement. She and other like-minded friends embark on postcard campaigns to educate others about what they say are the dangers of vaccines, and she has been encouraged to see parents who normally do not agree with her expressing reluctance about any coming Covid-19 vaccine.

“It’s crazy, because this one vaccine they feel this way towards, but if they knew there was the same situation going on with the others, they would probably think differently,” said Otteni, a waitress. “But it’s a start.”

The irony in having the “party of science” fear-mongering vaccines is hard to overlook but somehow the media is managing to do it. Imagine for a moment if the GOP were doing this. There would be open letters from epidemiologists on the front page of the NY Times. Every Republican up for election would be pressed on whether they would take the vaccine. As it is, we get tepid crap like this AP story titled, “Democrats face quandary on vaccine support as election nears.” As usual the media maintains two standards and as usual that will wind up hurting us all in the long run.

'Ma’am, this is a Wendy’s': Elizabeth Warren isn't going to just sit there and let Donald Trump threaten 'all life on this planet' [video]