When did you first notice the left’s ‘epistemic breach’? 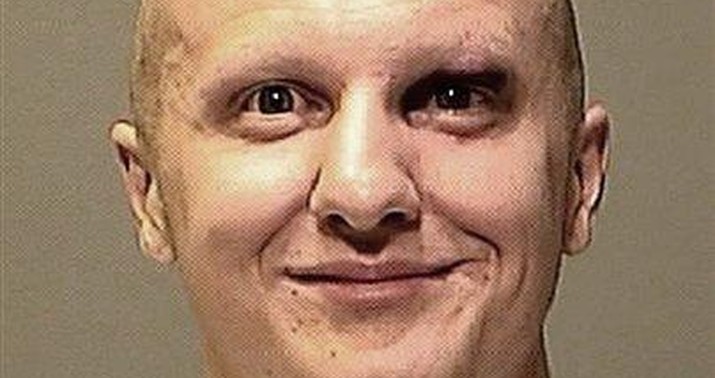 Author Jesse Singal made a statement last night about the moment he first noticed what he calls an “epistemic breach” on the left. In context, he means the moment when it became obvious that people on the left could maintain opinions that were verifiably false by simply opening their eyes. For Singal, the moment he noticed it was the Covington kids:

1/There's definitely a major epistemic breach opening up on the left and honestly Covington was what really revealed it to me in its full gravity for the first time. I vividly remember being like, "Okay, at XX:XX in the video you can literally SEE the protestor approach the kids,

3/ like I was not watching the same video as people who were in the same Warren/Sanders political camp as me, no matter how many times you carefully walked them through exactly what it showed. The video didn't matter. When the video doesn't matter, shit's going south!

The ‘Yes but HE HARASSED that MAN’ part never did happen. In fact it was the high school kids who were harassed at length by the Black Hebrew Israelites. It took days for some to admit they had made a really egregious mistake. In many cases it was a professional mistake because the people recirculating and adding to these claims were journalists on Twitter.

But that was only 18 months ago.

For me this kind of breach with reality really became clear much earlier, during the Trayvon Martin case in 2012. In that case it was clear who had done the shooting from the start but almost every other detail seemed to exist apart from the facts. Remember when NBC News edited the 911 call to make it sound as if Zimmerman had been racially profiling Martin? Two NBC producers were eventually fired over that error. Remember when ABC News claimed there were no injuries to the back of Zimmerman’s head and then retracted that after an enhanced video showed they’d been wrong? Remember when Rachel Jeantel told a reporter she believed Martin threw the first punch in the confrontation that led to his death? (Most people never heard about that.) Remember when Ta-Nehisi Coates claimed he could hear a racial slur in the audio of the same call? Coates later wrote a major story for the Atlantic claiming that all of the pushback (to correct reported errors) was because President Obama was black.

The point is there were a lot of things the media got badly wrong about that story some of which were corrected, but a lot of people still insist on believing the first version.

The same was true of the shooting of Michael Brown. Once again, you had a lot of instant myths crop up, some of which (“hands up, don’t shoot”) are still with us. I still remember the piece in which Vox’s Ezra Klein explained the moment in Officer Darren Wilson’s story when “every bullshit detector in me went off .” He was referring to Wilson’s claim that Mike Brown paused during his assault on Wilson to hand the bag of stolen cigarillos to his friend Dorian Johnson. Just one problem with his BS detectors. The story matched what Dorian Johnson said happened. Rather than admit he was wrong and issue a correction to the story, Klein published a second story the same day in which (many paragraphs later) he admits “Johnson does semi-corroborate a key moment in Wilson’s account.”

Again, as with the Covington kids, most news outlets did eventually admit error in the initial coverage but it was too late. A lot of people preferred the initial stories about Mike Brown’s death and didn’t want to hear the revised (factual) versions.

These aren’t the only examples but they are significant ones. I would probably add to this the left’s reaction to the dozens of incidents in which far left protesters shouted down speakers on college campuses in the last five years. In particular, the takeover of Evergreen State College and the clear evidence of extremism and indeed racism from the students (who told white students not to speak). But none of that seemed to matter to people on the left who dismissed the whole thing as much ado about nothing. And by the way, have your heard that there’s no such thing as cancel culture?

You could easily go back farther. What about Sarah Palin’s connection to the Tucson shooting, something editors at the NY Times still believed fairly recently. How about the fake memos about George W. Bush’s military service which got made into a movie called “Truth.”

So getting back to the original question, when did you first notice the epistemic breach on the left, i.e. the moment where it was clear the verifiable facts didn’t matter to the opinions being spouted by every media outlet and progressive? There are lots of examples to choose from.