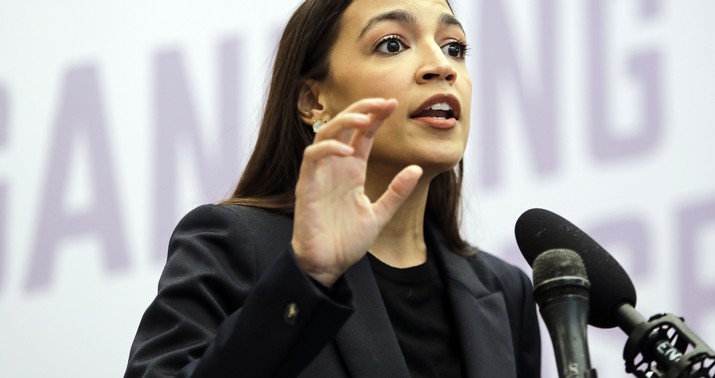 I guess this was inevitable in light of the Harper’s Magazine letter. AOC has decided to weigh in on cancel culture and, not surprisingly, she thinks it’s not a real thing.

People who are actually “cancelled” don’t get their thoughts published and amplified in major outlets.

This has been a public service announcement.

Saying that cancel culture isn’t real because world-famous comedians and authors haven’t been cancelled is exactly like saying AOC isn’t really an environmentalist because the Green New Deal is still just a resolution.

It’s dumb. So stop saying it.

The fact remains that, if it were up to AOC the GND would be law already. And if it were up to the leftist mob online, Chappelle and Rowling would be cancelled along with a whole host of other people they hate.

I have an entire TV network dedicated to stoking hatred of me. A white supremacist w/ a popular network show regularly distorts me in dangerous ways, & it’s a normal part of my existence to get death threats from their audience.

You don’t see me complaining abt “cancel culture”

Cancel culture says something very different from this. It says: Speech that hurts my feelings is akin to violence so this speaker must be silenced to prevent harm. Sometimes that silencing takes the form of literally shouting people down, sometimes making threats that force venues to shut down over safety concerns (the heckler’s veto), but more recently it often takes the form of trying to get someone fired. That’s not being challenged, it’s punishment.

As for Fox News, AOC still hasn’t grasped that the whole of the United States is not one far left district in the Bronx. Her problem isn’t really with Fox News, it’s with all those deplorable people out there in the rest of the country who think her democratic socialist views should be “challenged, held accountable, or unliked.”

Sorry, AOC, but if you are going to pontificate daily about how to radically remake the country into something to the left of Sweden you are going to get some backlash. To be clear, threats should never be part of that, but it’s not as if that’s unique to her. I’m sure whichever Fox News host she’s calling a white supremacist also gets plenty of threats online, some of them might even be spurred on by statements like the one she just made.

Finally, AOC has thoughts on the real victims of cancel culture:

Many of the people actually “cancelled” are those long denied a fair hearing of their ideas to begin w/:

As many people more serious than AOC have pointed out, that’s exactly why you don’t want to wink at cancel culture! Historically, people on the left have been on the receiving end of this many times. It’s why the 60’s counter-culture movement also included the free speech movement. There had to be space for people to offer radical opinions. But it cuts both ways. Either we have free speech without the fear of cancellation or we don’t. If you ignore the leftist cancel mob you might as well endorse one on the right too.

Right now the leftist cancel mob is definitely a form of power, one mostly in line with her fringe views, so she’s going to continue to give it as much cover to operate as she can.