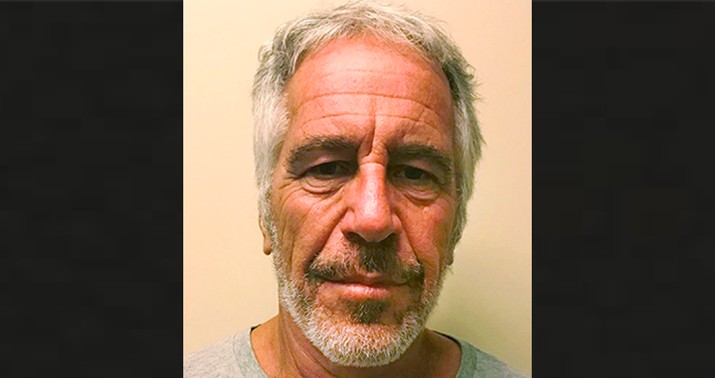 New York State’s Department of Financial Services has published a consent order including the results of an investigation into Deutsche Bank’s relationship with Jeffrey Epstein. According to the document, Deutsche Bank agreed to make Epstein a client despite knowing about his jail time for solicitation of underage girls and then turned a blind eye to years of suspicious financial transactions involving some of his former co-conspirators. A trust Epstein set up at Deutsche Bank—the Butterfly Trust—sent payments to women with Eastern European names. He also withdrew around $800,000 in cash which he allegedly used on travel and tipping expenses.

Epstein moved his accounts to Deutsche Bank in 2013, several years after his conviction for soliciting underage girls and his brief stint in jail. Deutsche Bank prepared a memo about his past. They then held a meeting at which they concluded working with Epstein posed no reputational risk to the company. Curiously, no notes about that meeting exist according to Deutsche Bank [emphasis added]:

On May 5, 2013, EXECUTIVE-1 sent an email (hereinafter, the “Approval Email”) to RELATIONSHIP MANAGER-1 which read “spoke with [the Head of AML
Compliance for Deutsche Bank Americas and the then-General Counsel for Deutsche Bank Americas, who at that time served as chair of the Bank’s Americas Reputational Risk Committee (“ARRC”)]. Neither suggest [that the Epstein relationship] requires rep risk and we can move ahead so long as nothing further is identified through KYC and AML client adoptions.” The Bank has represented to the Department that it has no other record of this communication between EXECUTIVE-1 and the other officers, and the ARRC did not meet in connection with the initial onboarding of Mr. Epstein.

Despite concluding he wasn’t a risk to the company’s reputation, the bank did classify Epstein’s accounts as “high risk.” In early 2014, it set up a trust for him called “The Butterfly Trust.” Among the beneficiaries of the trust were three people who had been publicly identified as his previous co-conspirators (one of whom is probably Ghislaine Maxwell). But Epstein claimed they were just his employees and friends and the bank approved the arrangement. Having been given a green light, here’s what the money was used for:

While Epstein held accounts at Deutsche Bank, he used the Butterfly Trust account and various other accounts to send over 120 wires totaling $2.65 million to beneficiaries of the Butterfly Trust, including some transfers to alleged co-conspirators or women with Eastern European surnames, for the stated purpose of covering hotel expenses, tuition, and rent.

In 2015, more reports about Jeffrey Epstein’s past activities began to surface in the press and Deutsche Bank suddenly became concerned that he may in fact pose a threat to their corporate reputation. To investigate the bank sent two representatives to Epstein’s home in New York. Once again, the bank claims it has no documents about what transpired at the meeting or the internal meeting that followed [emphasis added]:

Later that month, on January 22, 2015, in preparation for the ARRC meeting, EXECUTIVE-1 and RELATIONSHIP MANAGER-1 met in person with Mr. Epstein at his New York home. During the meeting, EXECUTIVE-1 asked Mr. Epstein about the veracity of the recent allegations and appeared to be satisfied by Mr. Epstein’s response. The Bank has represented to the Department that it is not in possession of contemporaneous records reflecting the substance of EXECUTIVE-1’s meeting with Epstein and is not aware of any other steps taken at the time to investigate the veracity of the allegations beyond speaking with Mr. Epstein.

On January 30, 2015, members of the ARRC met to discuss the Epstein relationship. Despite the fact that Deutsche Bank’s policies and procedures mandate that detailed minutes of such meetings be kept, the Bank has represented to the Department that there are no recorded minutes from that particular meeting. Later that day, however, a member of the ARRC emailed EXECUTIVE-1 to say, without explanation, that the committee was “comfortable with things continuing” with Mr. Epstein, and that another member of the committee had “noted a number of sizable deals recently.”

Despite Epstein’s assurances, the bank decided to place some new conditions on their relationship with him. Basically this boiled down to needing to monitor how he was spending his money to make sure nothing suspicious was going on. But that decision didn’t get communicated properly to everyone working with Epstein. In the end, the compliance people were simply verifying that the transactions weren’t considered unusual for Jeffrey Esptein. [emphasis added]

Specifically, AML OFFICER-2 interpreted the clause “transactions [with] unusual and/or suspicious activity or are in a size that is unusually significant or novel in structure” to mean transactions that were  unusual, suspicious, or novel as compared to the prior history of transactions related to the Epstein relationship. He communicated this interpretation to the rest of the transaction monitoring team responsible for the Epstein relationship. The interpretation was exemplified by a later email exchange in March of 2017, when a member of the transaction monitoring team responded to an alert about payments to a Russian model and Russian publicity agent, stating, “[s]ince this type of activity is normal for this client it is not deemed suspicious.”

Instead of monitoring the accounts for all potential crimes and suspicious activity that could be implicated by Mr. Epstein’s alleged past conduct, including payments to co-conspirators and those that could be related to sex trafficking involving adults, AML OFFICER-2 only instructed the relevant transaction monitoring team to verify, using internet searches, that any woman involved with transactions related to the Epstein relationship was at least 18 years old and to only flag transactions if they could not discern a rational reason for the transaction, a standard which had little if any effect on the Bank’s relationship with Mr. Epstein.

Epstein’s relationship with Deutsche Bank continued like this for years. When a new account relationship manager was brought in in 2018, he initially thought it was odd that Epstein was using his account to send money to women with Eastern European names but was told it was tuition money for one of Epstein’s friends.

The investigation also notes that Epstein’s lawyer withdrew about $800,000 cash over a period of four years. Supposedly this was for travel and tipping expenses. Deutsche Bank finally ended its relationship with Epstein after the Miami Herald published an article about him.

The Department of Financial Services concludes that all of this activity was obviously suspicious and should have concerned the bank in light of Epstein’s prior conviction. The DFS says Deutsche Bank’s behavior is indefensible and in fact violated NY banking laws. The outcome of all of this is that the bank has 10 days to pay a penalty of $150 million dollars. Here’s hoping the damage to their reputation from years of turning a blind eye to Epstein’s criminal behavior costs them more than that.

The Hill’s Saagar Enjeti spelled out the findings of the consent decree on his show.