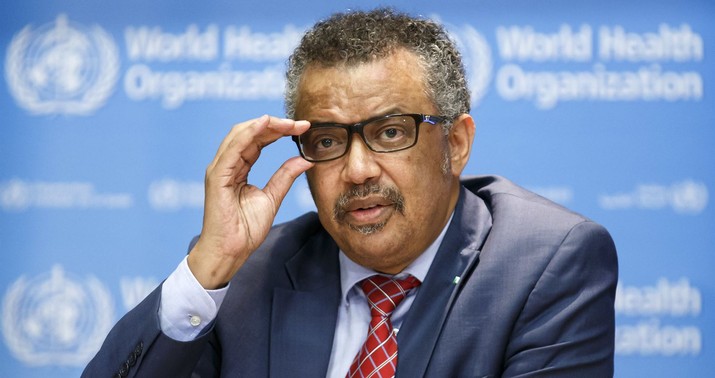 Today the Washington Free Beacon points out that the World Health Organization has updated its official timeline of the coronavirus outbreak to make clear that China did not self-report the existence of the virus to WHO in December. Here’s what the old timeline claimed:

The revised version of the timeline makes clear that WHO wasn’t informed by China directly. Instead, the virus first came to the attention of WHO when officials noticed Chinese media reports about a “viral pneumonia” outbreak:

The Country Office notified the International Health Regulations (IHR) focal point in the WHO Western Pacific Regional Office about the Wuhan Municipal Health Commission media statement of the cases and provided a translation of it.

WHO’s Epidemic Intelligence from Open Sources (EIOS) platform also picked up a media report on ProMED (a programme of the International Society for Infectious Diseases) about the same cluster of cases of “pneumonia of unknown cause”, in Wuhan.

Several health authorities from around the world contacted WHO seeking additional information.

The new timeline also indicates that WHO made two separate requests to Chinese officials for more information. They finally got a response three days later. But the initial version of the timeline, in which China proactively notified WHO, was repeated by news outlets such as CNN as well as promoted by Chinese state-run outlets for weeks.

Rep. Michael McCaul who sits on the House Foreign Affairs Committee told the Free Beacon in a statement, “I’m glad to see the WHO and the Chinese Communist Party have both read my interim report on the origins of the pandemic and are finally admitting to the world the truth—the CCP never reported the virus outbreak to the WHO in violation of WHO regulation.” Rep. McCaul is referring to an interim congressional report published last month which the Free Beacon says was first to reveal how the virus really came to the attention of WHO.

“Director General Tedros actively engaged in an effort to defend the CCP’s leadership from criticism, negatively impacting the world’s understanding of the virus and hampering the global response effort,” the report concluded.

The update of the timeline was made Monday of this week, more than two months after WHO published the original timeline. On Tuesday, Director General Tedros marked six months since “WHO received the first reports of a cluster of cases of pneumonia of unknown cause in China.” He was careful not to say six months since China notified WHO.