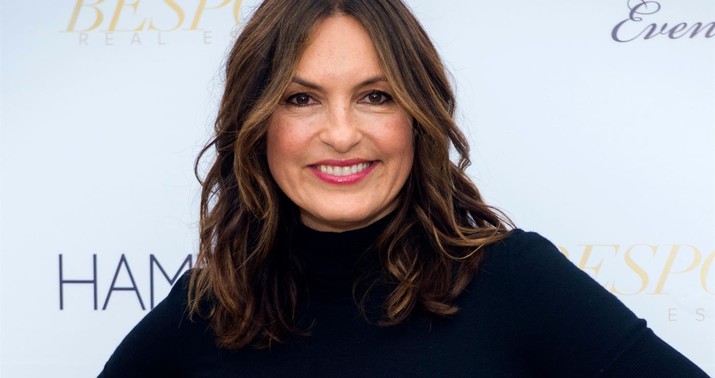 Media progressives have really been working themselves into a frenzy over television shows about police recently. I wrote about one entry in this mini-genre last week and this week even an animated puppy became part of the discussion. But there are many more of these pieces that you may not have seen. I think Vox has published at least three and I’ve seen several others at various sites.

One thing this demonstrates about wokeness is that it’s often very competitive. If one person says cancel this bad cop show, someone else will top that with a demand to cancel all the cop shows. That’s how you quickly get to the place where people are semi-seriously suggesting the cop/dog character on a kids show needs to be put to sleep. But where do you go from there?

Today Rolling Stone has answered the call by singling out the one show that even people on the left have long said was good: Law & Order: SVU. The piece makes clear who the audience is with the headline “Sorry, Olivia Benson Is Canceled Too.” Author EJ Dickson doesn’t deny that there are some positive things about the show and it’s main character:

If there were a patron saint of liberal women, Olivia Benson would be it, to the degree that Taylor Swift (a totem for white femininity if ever there was one) named one of her cats after her. And to a large degree, this makes sense. For 21 seasons, Olivia Benson has served as the quintessential Good Cop, the embodiment of all of the qualities we wish law enforcement figures would have: she’s tough but fair, vulnerable yet steely-eyed, displaying constant compassion for survivors and providing no quarter to abusers. She always fights for and believes victims, a marked contrast to real-life law enforcement officials, whose record on convicting sexual offenders is abysmal. The fact that in real life, Hargitay has used her platform to advocate for eliminating rape kit backlog only adds to the character’s bona fides. Olivia is a social justice warrior in the truest, most non-pejorative sense, a law enforcement officer who isn’t motivated by quotas or high school bully impulses, but an earnest desire to do right by survivors at all times. Only a demon, a sociopath, or the President of the United States would take issue with her. She is, by all standards and measures, awesome.

And it turns out that’s exactly why she needs to be canceled. You see, the history of policing is so completely awful and irredeemable, police are in fact such monsters in real life, that anyone who makes them look good on television must be destroyed.

She’s literally arguing that a decent cop on TV might make people think there are good ones in the real world too. And that thought must be put out of bounds lest people believe it.

The truth is that, if you agree that the system is broken and great changes need to be made on all levels to fix it, you can’t pick and choose what needs to be changed.

Either you’re with us or you’re against us.

No matter how much you love Olivia Benson, you have to be willing to grapple with the fact that she plays a major role in perpetuating the idea that cops are inherently trustworthy and heroic, and that many viewers are unable to distinguish between the gossamer fantasy of how justice should be handled, and how it actually is.

Here’s how you let people grapple with it: You leave it on and criticize it. But that’s not what this author wants. Her argument is that people can’t separate TV from real life so we need to control what they are allowed to see. That’s what canceling a show means, ending it.

If cops are canceled, that means all cops are canceled, up to and including the strong and pretty ones we like to watch break down pedophiles in interrogation rooms. Revolution can’t be built on the backs of the exceptions, and those who perpetuate toxic systems can’t be deemed immune to critique just because we like them.

If being tough on pedophiles has to be surrendered for the common good, in TV and in real life, so be it.

It’s the simplest equation there is: if all cops are bastards, and Olivia Benson is a cop, that means she’s — kind of — a bastard. (Mariska is cool, though.)

Well, she’s right about it being simple. I would say it’s simplistic to the point of idiocy.

She’s also right that the glorious revolution really does depend on this kind of shoddy, Maoist thinking. When you start with the premise that no cop can ever be a hero, or even just decent, in real life, it’s obvious that any evidence to the contrary must be suppressed and canceled.

This is some of the worst collectivist reasoning a person can subscribe to. It would fit right in with the media censors in China or the iconoclasts of the Taliban both of whom consider controlling what people see and say fundamental to maintaining the collective good. Cancel culture is just another name for cultural fascism.

'It's a simple yet effective way to display my righteousness': YouTuber's video on why she 'loves wearing a mask' WINS the Internet (watch)