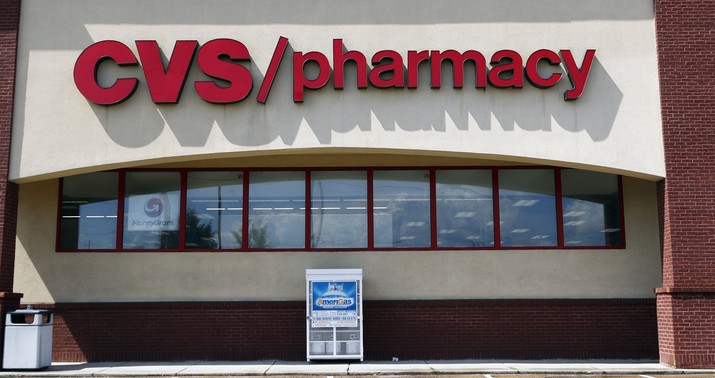 Last month President Trump and Dr. Birx announced plans for drive-thru coronavirus testing in the parking lots of major national drug stores. Today there are reports that those sites are starting to ramp up at both CVS and Walgreens and the test they are using only takes a few minutes:

CVS Health and Walgreens each opened one drive-thru testing location last month — but they’re now expanding the number of sites and opening them to the general public. Their first drive-thrus were restricted to first responders.

Walgreens plans to open 15 more testing sites across seven states, starting this week. CVS opened up two new drive-thrus on Monday: one in Atlanta and one near Providence, Rhode Island. It also relocated its Massachusetts drive-thru to a site in Lowell that has capacity for five lanes.

Both are also using a new tool: Abbott Laboratories’ ID Now, which can deliver test results in minutes…

All of CVS’ test sites have five lanes. Each site is expected to do up to 1,000 tests per day, Brennan said.

Each site will be staffed by about 15 to 18 CVS employees —  such as nurse practitioners and pharmacists — at any given time, who will help with testing, he said. State governments are providing security staff that will help to control the flow of traffic.

While the new sites will be open to the general public, you still have to pre-qualify to be given a test. Test appointments can only be made same day but the tests are free. The new Walgreens sites will open in Arizona, Florida, Illinois, Kentucky, Louisiana, Tennessee and Texas. Walgreens said it expects to do about 3,000 tests per among the 15 new sites once they are open.

These aren’t the only drive-thru testing sites that are opening up. In Florida, AdventHealth will be opening up a site at the Daytona Speedway:

The health system is opening its first testing location at Daytona International Speedway on Friday and is planning to set up more sites across Central Florida in the coming weeks.

“We have finally opened up the spigot and have a greater availability to do testing so we can start seeing who’s sick in our community and getting them [to stay] home,” said Dr. Timothy Hendrix, medical director of AdventHealth Centra Care…

Individuals who are tested at AdventHealth’s drive-through sites and have negative results will get a text message. Those who test positive for COVID-19 will get a call from a nurse, who will provide them with instructions about self-isolation and medical care.

And that’s just scratching the surface of what is out there. The site GoodRX has created a master list of drive-thru testing sites in the U.S. As of this Tuesday, there were 536 such sites around the country. So if you or someone you know is looking for a testing site, their list has an address, contact number and hours for each testing site.

Here’s a local news report from Atlanta about a CVS drive-thru site: