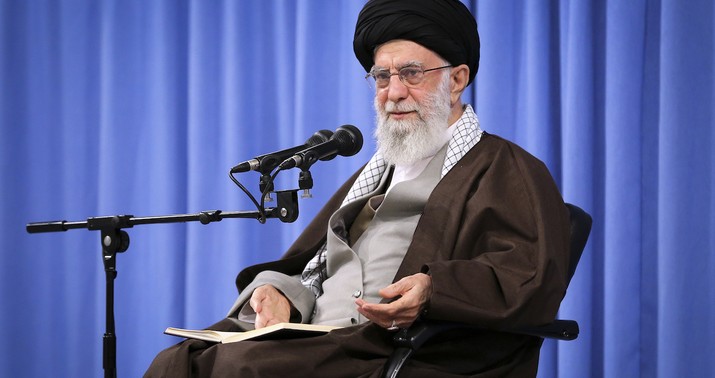 I hadn’t heard of this until today but apparently it has been going on for at least a month. People in Iran who are desperate to avoid the coronavirus have turned to pure alcohol as a “cure.”

The death toll from Iranians guzzling pure alcohol in the crazy misbelief that it can cure the coronavirus has reached about 600 — with thousands more hospitalized, according to reports on Wednesday.

“The numbers are very high and are beyond our expectations,” Iranian judicial spokesman Gholam Hossein Esmaili told a state-run news service, according to the Mirror.

The NY Post notes that alcohol is banned in Iran, though there are some exceptions in the law for non-believers. Despite the ban, previous reports have indicated Iran has a hidden alcoholism problem. So it is possible to get alcohol in Iran, just not legally.

The desperation of people in Iran to cure the virus is another data point which suggests the epidemic there may be worse than the official numbers suggest. Officially, as of Wednesday, Iran had 64,586 cases of the virus and a death toll of 3,993. However, outside observers have suggested the real numbers are far higher.

The Jerusalem Post reported that the death rate in Iran is “four to five times higher than the regime admitted then… The current figures are currently officially 55,743 sufferers and 3,452 dead. The current death toll is apparently much higher. On Sunday, it was 12,380, according to Western security sources.”

The Post report cited an article in the German daily Die Welt that obtained the numbers from Western security sources.

Ebrahim Raisi, the Islamic Republic’s chief judge and a possible successor to Supreme Leader Ali Khamenei, ordered that thousands of coronavirus deaths be attributed to diseases such as heart failure or pneumonia, the German paper reported.

Radio Farda wrote that its “independent estimate based on local media reports puts the number of those infected at 95,000 and the dead at 6,800.”

Iran is asking the IMF for a $5 billion loan to fight the crisis but the U.S. is apparently prepared to block the loan:

Senior officials in the Trump administration said Iran’s government has billion-dollar accounts still at its disposal. If allowed to tap IMF financing, the officials said, Tehran would then be able to divert those or other funds to help its economy, which has been weakened by U.S. sanctions, or finance militants in the Middle East, rather than on containing the pandemic.

Iranian “officials have a long history of diverting funds allocated for humanitarian goods into their own pockets and to their terrorist proxies,” one of the administration officials said.

On Sunday the Health Ministry Spokesman Dr. Kianoush Jahanpur broke the silence and spoke about Iranian health officials’ suspicions about the reliability of China’s coronavirus data, calling it a “bitter joke”.

Joining him Dr. Minoo Mohraz, a pioneer AIDS specialist and Head of the Iranian Center for HIV/AIDS on Monday said the behavior of the virus after becoming a pandemic showed divergence from what was reported by china.

“Either the virus has mutated and become deadlier, or they were slacking in providing the data,” she said. “The disease has proved to be frighteningly more infectious and deadly than they reported,” Dr. Mohraz who has recently recovered from COVID-19 herself pointed out.

The Chinese government was quick to slap down complaints from the health ministry spokesman. The situation has become a major incident in Iran with the Revolutionary Guard and some lawmakers taking opposite sides of the issue.