Sen. Burr compared coronavirus to the 1918 pandemic after selling off his stocks 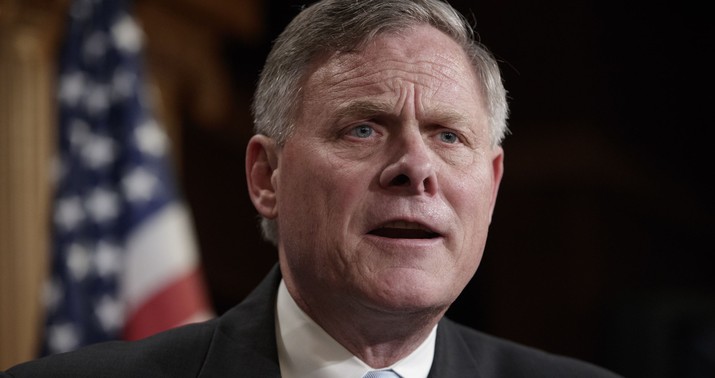 Allahpundit mentioned this earlier today but the story has developed significantly since then. This morning NPR reported that Sen. Richard Burr had told a group of constituents last month that the coronavirus was very serious. In fact, he compared it to the Spanish flu of 1918:

“There’s one thing that I can tell you about this: It is much more aggressive in its transmission than anything that we have seen in recent history,” he said, according to a secret recording of the remarks obtained by NPR. “It is probably more akin to the 1918 pandemic.”

The gist of the outrage over that story was that Sen. Burr wasn’t saying anything as direct in public at the time. Sen. Burr has responded to the NPR report on Twitter, calling it a “tabloid-style hit piece” and “journalistic malpractice.”

This lunch was hosted on Feb. 27 by the North Carolina State Society. It was publicly advertised and widely attended.

NPR knew, but did not report, that attendees also included many non-members, bipartisan congressional staff, and representatives from the governor’s office. 2/

Like most members of Congress, I address our state society every year.

That a good thing. That’s what we should be doing.

Meeting constituents and talking to them about the work we’re doing in D.C. is an important part of our job, especially in times of uncertainty. 4/

Burr argued that NPR had reported some of the same things he said in the meeting (such as the possibility that schools would close) even before he said them on Feb. 27th.

COVID-19 is a rapidly evolving situation. To know if we’ve been successful in stemming it, we have to keep an accurate accounting of our nation’s response.

Purposefully misleading listeners for the sake of a “narrative,” like NPR has done, makes us less safe. 8/

Thursday afternoon the story heated up again when Pro Publica posted a follow-up report. Based on financial disclosure forms, the site reported that weeks before his meeting with constituents on Feb. 27, Burr had already sold off most of his stocks:

Soon after he offered public assurances that the government was ready to battle the coronavirus, the powerful chairman of the Senate Intelligence Committee, Richard Burr, sold off a significant percentage of his stocks, unloading between $582,029 and $1.56 million of his holdings on Feb. 13 in 29 separate transactions.

As the head of the intelligence committee, Burr, a North Carolina Republican, has access to the government’s most highly classified information about threats to America’s security. His committee was receiving daily coronavirus briefings around this time, according to a Reuters story…

Stock transactions of lawmakers are reported in ranges. Burr’s Feb. 13 selling spree was his largest stock selling day of at least the past 14 months, according to a ProPublica review of Senate records. Unlike his typical disclosure reports, which are a mix of sales and purchases, all of the transactions were sales.

The stock sale does seem to suggest he took the coronavirus quite a bit more seriously in private than he was letting on in public. There’s also a question of whether it violated the STOCK Act, which passed without his vote in 2012. Some are already saying this looks like a clear violation:

"The Stop Trading on Congressional Knowledge Act, or "STOCK Act" for short, made it illegal for members of Congress to engage in insider trading. The act was passed in April 2012, during the presidency of Barack Obama." https://t.co/RcapzmMarA https://t.co/mUuE8NNApH

Seems like a clear violation of the STOCK Act. And at minimum should result in a censure by the Senate.

Burr has previously said he won’t be running for reelection in 2022 so this might not impact him at the ballot box, but it doesn’t look good.