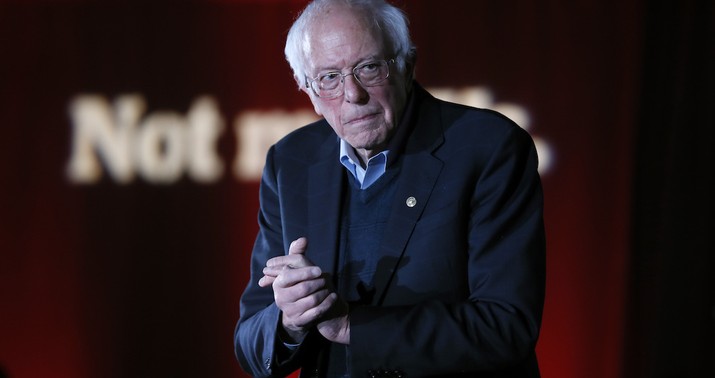 The Sanders campaign is premised on a theory about how bold progressives can win elections. Here’s Bernie’s campaign manager describing the challenge set before them back in October:

Faiz Shakir, who runs Mr. Sanders’s campaign, told The Wall Street Journal that the lawmaker’s path to both the nomination and the presidency “is the most ambitious and the most difficult path of any candidate” because it relies on support from voters who haven’t been active in the nominating process previously.

“It is undeniably true that for Bernie Sanders to win, he needs a mass mobilization of people who have not voted before,” Mr. Shakir said…

How is that theory of the election working out? Yesterday the NY Times reported there is no sign the Sanders campaign has expanded the electorate in the first three state contests:

In Iowa, for instance, turnout for the caucuses was lower than expected, up 3 percent compared with 2016, and the increase was concentrated in more well-educated areas where Mr. Sanders struggled, according to a New York Times analysis; in the Iowa precincts where Mr. Sanders won, turnout increased by only 1 percentage point.

There was no sign of a Sanders voter surge in New Hampshire either, nor on Saturday in Nevada, where the nearly final results indicated that turnout would finish above 2016 but well short of 2008 levels, despite a decade of population growth and a new early voting option that attracted some 75,000 voters. The low numbers are all the more striking given the huge turnout in the 2018 midterm elections, which was the highest in a century…

“I grant that the turnouts aren’t at the level that we would hope,” Representative Ro Khanna of California, one of the campaign’s national co-chairs, said before the Nevada caucuses…

The Times’s analysis of the first three states show some challenging signs for his goal of producing a surge in turnout. In New Hampshire, for instance, turnout increased far less in townships he won than it did in townships won by Mr. Buttigieg and by Senator Amy Klobuchar of Minnesota.

The share of the electorate made up of first-time Democratic voters also decreased in Iowa, New Hampshire and Nevada compared with 2016.

Sanders isn’t getting it done. This is one reason that so many moderate Democrats are panicking right now. Yesterday, Allahpundit wrote about James Carville’s latest warning about nominating Sanders. Carville specifically raised the idea of winning by expanding the electorate and compared it to climate change denial:

I know what’s happening out there, I got a real good idea. The entire theory that by expanding the electorate is a — increasing turnout so you can win an election is similar to a climate denial. When people say that, they’re as stupid to a political scientist as a climate denier is to an atmospheric scientist.

If you want to vote for Bernie Sanders because you feel good about his program, you don’t like the banks on Wall Street or you don’t like pharmaceuticals, that’s legitimate, I understand that. If you’re voting for him because you think he’ll win the election, politically, you’re a fool. And that’s just a fact. It’s no denying it, there’s so much political science, so much research on this that it is not even a debatable question.

No one, including Sanders’ own campaign manager, thinks he can win this election without bringing in a bunch of new, young voters to make up for all the moderates and swing voters the Sanders campaign is going to turn off with his socialist policies (and defense of communist dictators like Castro). Expanding the electorate isn’t a stretch goal for Sanders, it’s absolutely necessary for victory. But so far there’s no evidence it is happening. This is shaping up to be a train wreck for Democrats, albeit one that everyone could see coming months in advance.