Florida Democrats not thrilled with Bernie’s defense of Castro 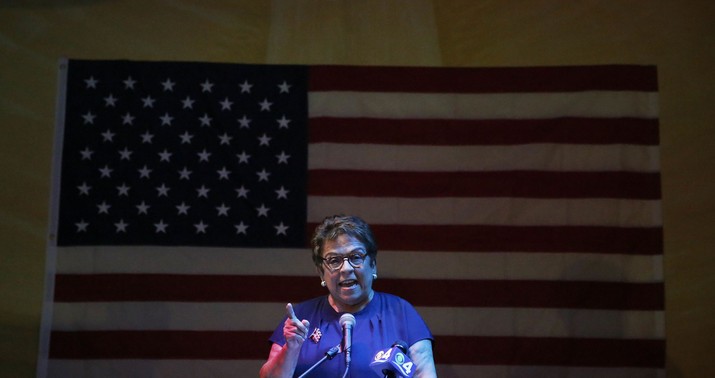 This morning Ed wrote about Bernie Sanders’ comments on Fidel Castro during an interview with 60 Minutes. “When Fidel Castro came into office, you know what he did? He had a massive literacy program. Is that a bad thing?” Sanders told Anderson Cooper. It will come as a surprise to no one except possibly Bernie Sanders that this did not go over well with Florida Democrats many of whom represent Cuban expats.

“I’m totally disgusted and insulted,” said Lourdes Diaz, the president of the Democratic Hispanic Caucus in Broward County, who is Cuban-American. “Maybe this will open people’s eyes to how super, super liberal and radical Bernie is. I’m not going to defend him anymore. I’m over it.”…

The comments ricocheted across Miami, a bastion of Cuban exiles where any defense of Mr. Castro is seen as disqualifying to hold public office. Many Cuban-Americans are Republicans, but those who are Democrats have been increasingly worried that Mr. Sanders’s views on Cuba and other authoritarian leaders in Latin America could cost the party support among Hispanic voters.

“If Bernie Sanders is atop the ticket, it’s going to make it tougher for all of us to win in Florida,” said Fernandez, who has endorsed Sanders’s rival, Joe Biden. “No one really sees Sanders winning Florida and I don’t think his campaign does either.”…

When Sanders says he wants to lead a “revolution,” it sounds like “revolución!” to many in South Florida who fled Castro and other leftist regimes. Sanders’s supporters have even earned the nickname “Sandernistas,” a play on Sandinistas, the socialist guerillas who overthrew the right-wing Samoza dictatorship in Nicaragua in 1979.

Democratic consultant Christian Ulvert conducted a poll which found 65 percent of Hispanics in Miami-Dade County said they would be less likely to support a candidate who was aligned with Bernie Sanders or Rep. Alexandria Ocasio-Cortez. For many expats, Sanders’ past support of socialist regimes is toxic.

“I can’t even talk about Bernie Sanders around my family,” Ulvert, who isn’t backing another candidate, said. “My family was literally chased out of Nicaragua by Daniel Ortega. They think someone who embraces a thug who chased out democracy from Nicaragua is appalling, and that’s putting it lightly.”

I'm hoping that in the future, Senator Sanders will take time to speak to some of my constituents before he decides to sing the praises of a murderous tyrant like Fidel Castro. https://t.co/Iwvmay9LOH pic.twitter.com/KT9sQ0pfkh

The Sanders camp was on the defensive this morning. Campaign manager Faiz Shakir appeared on MSNBC and host Stephanie Ruhle asked how Sanders’ comments would play in Florida. Shakir repeated what Sanders had said, i.e. Castro is a human rights abuser but “you can also acknowledge that there may have been good things happening in Cuban society.” He added, “People try to throw these political barbs at Bernie Sanders and then what ends up being translated to the American public is ‘Oh, there’s a person of honesty and conviction who doesn’t play politics, he’s just telling me truly what he believes.'”

If that defense sounds familiar it’s because that’s exactly what people have said about Donald Trump since at least 2016, i.e. he’s just telling it straight even if it’s not politically correct. It really is something that Sanders’ campaign manager is now echoing this to defend Bernie. Here’s the clip: