Gretchen Carlson calls on Fox News to release her from NDA, NY Times readers are not sympathetic 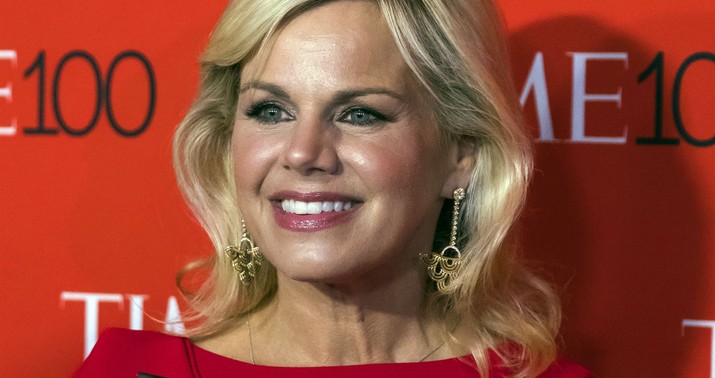 Former Fox News host Gretchen Carlson wrote an opinion piece for the NY Times yesterday in which she explained how the non-disclosure agreement she signed with the network limits her ability to speak about her experience. The piece ends with her calling on Fox News to release her to talk about her experiences. Not surprisingly, NY Times readers don’t seem terribly sympathetic because, after all, she did work for Fox News:

Three years ago, receiving a public apology from 21st Century Fox and retaining the right to speak about harassment generally felt like big wins. And they were. But had I known my complaint would help ignite such a profound cultural shift and that I would be depicted onscreen, I would have also fought against signing the nondisclosure agreement, or NDA, that prevented me from discussing my experiences while working at Fox News. At the time, I just wanted to bring closure to an ugly chapter in my life; I thought it would, at the most, lead to a week of press attention — not spawn a mini-series, a movie and become part of a global rallying cry…

In practical terms, my NDA means I am legally prohibited from discussing — in public and in private — what happened to me. It means I cannot consult with filmmakers, writers, journalists or anyone else telling my story — whether it’s about the depiction of me, my family, or the events themselves — nor can I comment on the accuracy of a final product. I don’t know precisely what Fox would do if I violated the agreement, but presumably they’d take legal and financial actions. It’s a strange and frustrating reality…

I want my voice back. I want it back for me, and for all those silenced by forced arbitration and NDAs. There is positive movement in this direction. NBC’s recent announcement that it would release former employees from their NDAs is an important step and one that should be emulated across business, media and politics…

Today I call on Fox News to release me, and all employees forced to sign NDAs as a condition of harassment settlements, from these agreements immediately.

Carlson addresses the argument that she could have not signed the NDA by simply refusing to take the settlement. While that’s true, she notes that most people in her situation never work again. So the settlement money is meant to make up for the fact someone is losing a career, not just a job. More importantly, at the time she signed there was no #MeToo and no reason to think anyone would much care about her story beyond a few news cycles. The fact that a film featuring her as a character is now in theaters shows how wrong she was about that, but there was no way she could have known at the time.

I’m sympathetic to Carlson and to her argument that the use of NDAs to hide misbehavior by corporate bigwigs seems like a bad idea in general. It forces the victims into silence and allows the perpetrators to continue as if nothing had happened. But I think Carlson may have miscalculated by publishing this story in the NY Times. The top comments mostly offer lip service to what she’s saying and then suggest a lack of sympathy for her because—shudder—she worked at Fox News. Here are a few samples. The first one below has nearly 1500 recommendations from fellow readers.

And on and on it goes like that for hundreds of comments. Nearly all of the top comments (with the most recommendations) echo these same themes. I did see a few disagreeing with that consensus. For instance:

I find myself really struggling with some of the commenters here. What Ms Carlson represented as one of the talking heads at Fox, how rich she may personally be, and especially how much money she received as part of her settlement should have no bearing on whether or not she has the right to tell her truth as a victim of sexual harassment. I am frankly floored at some of these comments disparaging her for reasons that have nothing to do with the fact that here is a woman who was a victim of a level of harassment apparently serious enough for Fox to want to sweep it under the rug with an NDA and a (conjecturally) large check. Does that make her less of a victim?

But again, that comment is the exception. I’m looking forward to seeing Bombshell even though it’s getting middling reviews on Rotten Tomatoes (60%). I’d also be interested to hear what Carlson has to say about how accurate the film was and where it took liberties with her story. Maybe Fox News will agree to lift the NDA so she can do that.