ACLU: The FBI’s FISA warrant on Carter Page was ‘alarming from a civil liberties perspective’ 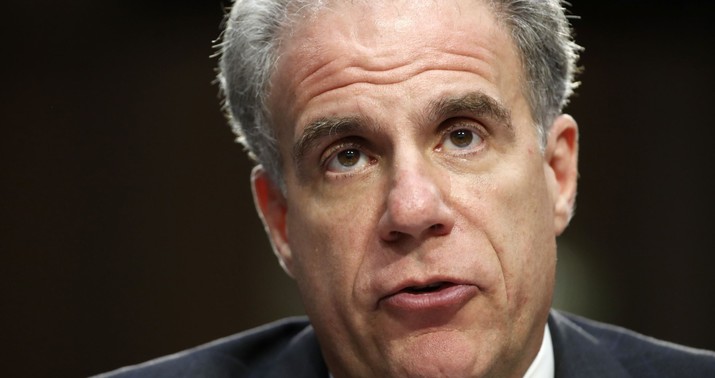 One day after the release of the Inspector General’s report, it seems the only news that matters to many in the media is that the launch of the investigation had sufficient basis and was not found to be motivated by partisanship. But as several outlets have pointed out, the bulk of the report showed the FBI’s FISA warrant for surveillance of Carter Page was a mess. NBC News reports the ACLU is one of the few left-leaning groups which has been willing to say so:

The report found an FBI process so badly managed, so rife with errors, that the bureau’s director immediately issued a statement saying he was already implementing reforms…

Because the criticism of the FBI was politically beneficial to Trump, Democrats who are normally quick to seize on abuses of national security power were notably muted. One group that was not was the nonpartisan American Civil Liberties Union, whose national security director, Hina Shamsi, expressed alarm.

“When the Justice Department’s Inspector General finds significant concerns regarding flawed surveillance applications concerning the president’s campaign advisers, it is clear that this regime lacks basic safeguards and is in need of serious reform,” she said in a statement. “While the report found that there wasn’t an improper purpose or initiation of the investigation, it also found significant problems that are alarming from a civil liberties perspective.”

Writing at the Hill, Jonathan Turley argues that the news about the opening of the investigation shouldn’t cloud over the obvious problems with how the FBI prosecuted it from that point on:

This is akin to reviewing the Titanic and saying that the captain was not unreasonable in starting the voyage. The question is what occurred when the icebergs began appearing.

The most obvious iceberg was the Steele dossier which the FBI relied on to make its case for a FISA warrant. Here’s an excerpt from the report itself:

The FISA request form drew almost entirely from Steele’s reporting in describing the factual basis to establish probable cause to believe that Page was an agent of a foreign power, including the secret meeting between Carter Page and Divyekin alleged in Steele’s Report 94 and the role of Page as an intermediary between Russia and the Trump campaign’s then manager, Paul Manafort, in the “well-developed conspiracy” alleged in Steele’s Report 95. The only additional information cited in the FISA request form to support a probable cause finding as to Page was (1) a statement that Page was a senior foreign policy advisor for the Trump campaign and had extensive ties to various state-owned or affiliated entities of the Russian Federation, (2) Papadopoulos’s statement to the FFG in May 2016, and (3) open source articles discussing Trump campaign policy positions sympathetic to Russia, including that the campaign’s tone changed after it began to receive advice from, among others, Manafort and Page.

And the way the Steele information was presented resulted in Steele corroborating himself:

Surprisingly little effort was made to fully investigate the dossier when McCabe directed investigators to it, yet investigators soon learned that critical facts reported to the FISA court were false. FISA judges were told that a Yahoo News article was an independent corroboration of the Steele dossier, but Horowitz confirms that Steele was the source of that article. Therefore, Steele was used to corroborate Steele on allegations that were later deemed unfounded.

In all, The IG found a total of 17 errors in the warrant application and its subsequent renewals, including one that may result in charges against an FBI agent:

In the most serious case, a low-level FBI lawyer altered an email to make it seem as if Page was not a CIA source, when in fact he was — something he confirmed to NBC News in an email Monday. That key fact might have cast his contacts with Russians in a different light, the IG found.

Here’s what he IG report said about this. This comes from the executive summary. The full explanation appears in chapter five of the report:

That’s one hell of an omission. All of this seems quite significant but doesn’t seem to be getting the bulk of the headlines this week.