So is Louisiana a comeback kid moment or another yawn festival briefly interrupting the march to Mr. Inevitable? If the former, Rick Santorum is looking pretty good.

Rick Santorum is looking to Louisiana for a much-needed rebound as Republican voters go to the polls today in the state’s GOP primary.

The former Pennsylvania senator is expected to do well in the contest, after a decisive loss to front-runner Mitt Romney in Illinois on Tuesday.

A win over the former Massachusetts governor would serve as a reminder that Romney still struggles among the GOP’s conservative faithful, especially in the South. Santorum beat Romney in primaries in Alabama and Mississippi this month.

But Romney is outpacing Santorum in the race for critical delegates to the Republican National Convention, and he’s been beating Santorum in big, industrial Midwestern states.

It’s a southern race, and Santorum should do well. If the results from the last few races are any indication, Newt is dropping off the radar and we’ll see a few tests coming up where we can finally answer the question, “Will Santorum win a one on one race against Romney?”

Santorum must feel pretty confident since he already headed to future battlegrounds.

On Saturday, Santorum and Gingrich attended the Pennsylvania Leadership Conference.

Santorum told the crowd he didn’t always understand conservatives’ frustration with Washington but said he comprehends it now. He also said his 2006 reelection loss helped him grasp that frustration.

Santorum also pointed to his consistent, social conservative stances to separate himself from the GOP presidential field, saying he offers an alternative to President Barack Obama.

This isn’t a “home game” for Romney, so he can play it down. (You know… those southern voters don’t really count, right?) But does Louisiana hold some magic to stop Mitt’s March? Stay tuned.

UPDATE: Less than one minute after the polls close, CNN, NBC and Fox are calling it for Santorum by a large margin across most all demographics except those making more than $200K / yr who went for Mitt. Shocker? 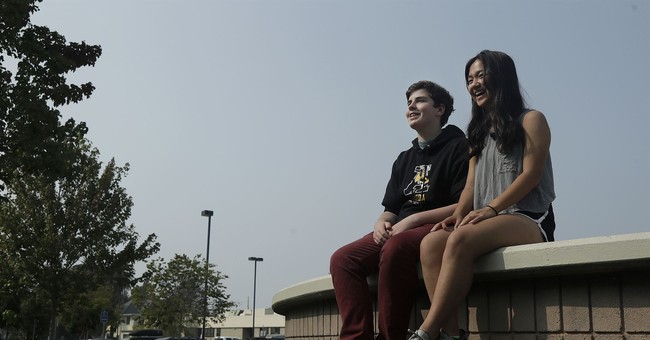