Super crash: Ratings plummet for NFL finale to worst since … 1969? 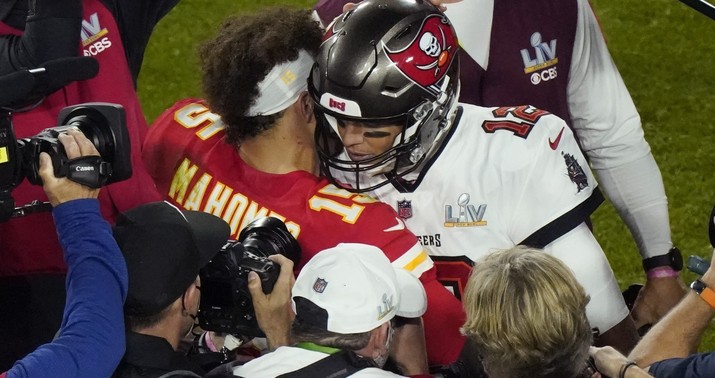 How could the NFL flop with its best product with an essentially captive audience? The league spent the last two weeks congratulating itself for having missed no games during the season, but viewers took a pass on the finale, according to Nielsen’s TV ratings. The Super Bowl drew the smallest audience since 2006 in terms of total viewers, although the live stream got its biggest numbers yet.

The puzzling drop in sports TV viewership continues with the Super Bowl falling to its lowest numbers in 15 years.

That’s the lowest TV-only audience for the Big Game since Pittsburgh Steelers vs. Seattle Seahawks averaged 90.75 million viewers on ABC in 2006.

The Washington Post followed up this morning with an even more pessimistic look at the ratings. In terms of percentage of households engaged, Des Bieler reported that the numbers haven’t been this low since Joe Willy made good on his pledge:

There was a relatively small crowd in the stands for Sunday’s Super Bowl. In terms of those watching on TV, it wasn’t much better.

Viewership figures for Super Bowl LV were lower than any for the game since 2006, and one important metric showed the lowest number since 1969, when Joe Namath’s New York Jets upset the Baltimore Colts in Super Bowl III. …

The 38.2 household rating posted by Super Bowl LV was the lowest since the 36.0 mark of Super Bowl III, famous for Namath’s guarantee of victory for the upstart AFL. Three years later, the Dallas Cowboys’ win over the Miami Dolphins earned a 44.2 rating, and since then the number has never dipped below 40, apart from in 1990, when the San Francisco 49ers’ rout of the Denver Broncos drew a 39.0. Last year’s Super Bowl, in which the Chiefs beat the 49ers, got a rating of 41.6.

Both speculate that the game itself might have been too dull, thanks to the 31-9 final outcome, but you’d have to have skipped watching the game to believe that. Patrick Mahomes routinely engineers double-digit comebacks in playoff games, and even into the fourth quarter, there was plenty of suspense about Kansas City’s potential to erupt. The tension really didn’t start to leak out of the game until the Chiefs looked unable to put together a big play in their drive with eight minutes left in the fourth quarter. Anyone who tuned out before then probably doesn’t know much about football or either team. There have been far bigger blowouts than Super Bowl LV that nonetheless pulled in and kept audiences in place.

What about the lack of novelty commercials? There seemed to be enough of them to keep my interest, as well as my wife’s. Some of the biggest corporations decided to forego the expense and put their money to COVID-19 relief efforts, which is commendable, but it wasn’t an exclusive boycott, either. The halftime show was certainly not an issue — very family friendly and entertaining, although I thought Lady Gaga’s show a few years ago was far superior. (Why were a bunch of guys wearing jockstraps over their faces in the dance company, though?)

FLS suggests “Brady fatigue” as a factor, but that seems entirely wrong. If anything, more people may have tuned in to see whether the GOAT was really the best, or whether he could win without Bill Belichick. The Brady/Mahomes matchup was a classic pass-the-torch-or-not setup. And while Brady performed well, give Mahomes credit for doing everything possible (and then some) to wrest the torch away for himself. (It’s the only reason I watched it at all, having skipped professional sports all year.)

The best answer for what afflicted the NFL on Sunday night is what has afflicted the league, as well as the NBA, MLB, and other professional sports. People have better things to do than sit around and get lectured about their insufficient wokeness. The league seems to have tuned it down a bit since the beginning of the season, but they still stuck elements of it in their messaging and in their ad spaces. I enjoyed the game, but the experience of it doesn’t have me pining away for the start of the 2021 season. And I suspect the poor ratings in the middle of a pandemic might end up being the high-water mark for the next few years when people have even more things to do than sit around for lectures.