AOC to Cruz: Stop “clout-chasing” by agreeing with me on Robinhood’s actions 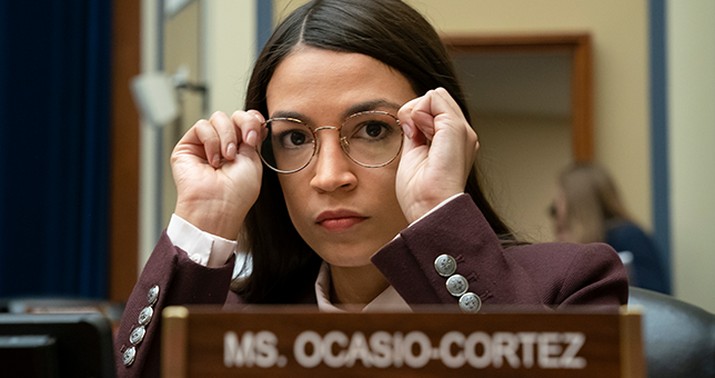 Remember the Great Healing And Unity Era, which may have lasted as long as … ninety minutes? John wrote about the fairly broad consensus that the Robinhood app directors need to explain why they began blocking legal trade orders as a result of the bubbles around Gamestop and AMC Theaters. John pointed to the surprising comradeship between Ted Cruz and Alexandria Ocasio-Cortez:

It didn’t take long for Ocasio-Cortez to accuse Cruz of “clout-chasing.” And that wasn’t even the worst of the accusations:

I am happy to work with Republicans on this issue where there’s common ground, but you almost had me murdered 3 weeks ago so you can sit this one out.

Happy to work w/ almost any other GOP that aren’t trying to get me killed.

In the meantime if you want to help, you can resign. https://t.co/4mVREbaqqm

You haven’t even apologized for the serious physical + mental harm you contributed to from Capitol Police & custodial workers to your own fellow members of Congress.

In the meantime, you can get off my timeline & stop clout-chasing. Thanks.

Happy to work with other GOP on this.

While the sentiment is understandable after the Capitol riots, I’m not sure that rabble rousers on either extreme have a lot of standing to enforce civility standards after the last several months.

This does tell us something about the prospects for restoring civility, let alone unity, in the next two years. It also tells us who to blame for its prospects. Voters clearly responded to that promise in the presidential election, but didn’t appear to penalize the rabble-rousers in either chamber of Congress. The incumbents who lost tended to be those nearer the center, which is primarily because they also tended to come from districts with more even partisan distributions, too.

However, that’s not just a function of general-election challenges but also primaries. At least one of the four “Squad” members, MN-05’s Ilhan Omar, faced a serious primary challenge that was fought explicitly on the basis of civility and cooperation. The result? Omar clobbered the well-funded Antone Melton-Meaux despite the local Star-Tribune’s editorializing for her defeat.

Nor is that a dynamic limited to Democrats. We’ll spend the next two years hearing all about Marjorie Taylor Greene’s peccadilloes, for instance, and you can bet that her rhetoric isn’t going to suddenly include a lot of kumbayahs any time soon. Voters have grown more fond of rhetorical bomb-throwers riding populist waves in both parties, and that trend looks to continue longer than the prospects for Gamestop stock.

In the meantime, though, it might help if elected officials grasped the few opportunities for grace that do arise.