Twitter-approved world leader Ali Khamenei: The US is probably contaminating the world with its COVID-19 vaccines, you know; Update: Twitter takes down tweet 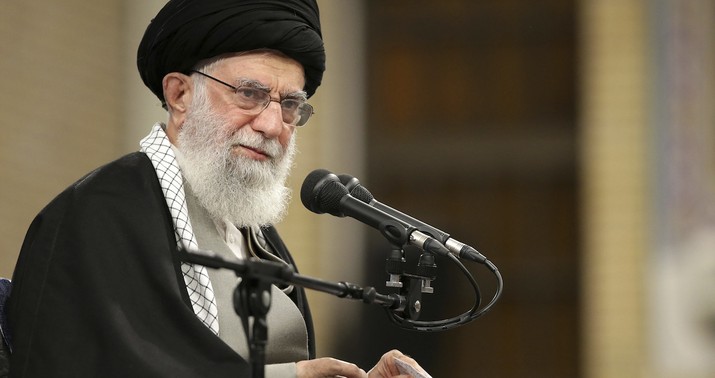 Does spreading disinformation about the COVID-19 pandemic and the efficacy of vaccines violate Twiter’s “Civic Integrity” standards? That was enough to get Twitter to ban Donald Trump from its platform for a few hours after Wednesday’s attack on Capitol Hill. Similarly wild and unsubstantiated claims and conspiracy theories on Trump’s tweets routinely get tagged with fact checks and warnings.

All of which would be fine … if Twitter applied the same standard to other world leaders. Let’s take as an example, oh, the Supreme Leader of the world’s most prominent state sponsor of terrorism, who issued this bon mot about COVID-19 vaccines produced in the US and UK. Ali Khamenei declared that it’s “not unlikely” that they are a cover to “contaminate other nations”:

Importing vaccines made in the US or the UK is prohibited. They're completely untrustworthy. It's not unlikely they would want to contaminate other nations. Given our experience with France's HIV-tainted blood supplies, French vaccines aren't trustworthy either. #CoronaVaccine

At least as of 11:31 ET, not only does Khamenei still have his Twitter privileges, Twitter hasn’t even tagged this as “disputed” yet. Meanwhile, Khamenei’s page remains up at Facebook as well, which suspended Trump’s page indefinitely over the potential of his threat to public peace.

These are private platforms and can make their own decisions. Their previous position — that world leaders represent special cases where transparency is better than opacity — was intelligently considered. That is no longer their position, however, but they are now instead applying different standards in an absurd manner. They can do that too, but they can’t claim any credibility in upholding “standards” or “integrity” while allowing real, actual dictators to spread this nonsense unchallenged.

DAAAMN! EPIC thread tears congress a new one by calling them out point-by-PAINFUL-point on why their approval rating is in the toilet