FDA to distillers: Thanks for stepping up on hand sanitizer — now here’s our bill 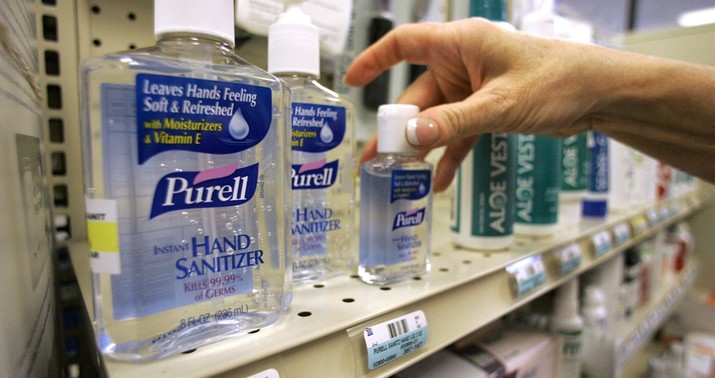 No good deed goes unpunished. That’s especially true when an entire industry rallies in a time of great national need to produce life-saving products such as hand sanitizer to fill massive shortages. For their patriotic and heroic efforts, the FDA has given American distillers … a $14,000 bill, reported the San Joaquin Valley Sun’s Alex Tavlian. But the true villain behind this may not be the bureaucrats:

As major producers of hand sanitizer faced a shrinking workforce and sky-high demand in the spring, one unlikely group of businesses – craft distillers – stepped up to increase the supply for panicked consumers.

Now, the Federal government is expecting distillers who rose to the occasion to alleviate the shortage pay the piper.

Hand sanitizer is one of those over-the-counter drugs qualifying for fee assessments by its producers – including makeshift sanitizer producers like distillers.

Now, the annual fees assessed by the Federal government are serving as the final, crushing financial woe to close out an already dismal business year for distillers.

The annual fee amounts to $14,060, and it will hammer hundreds of craft distillers that did nothing more than try to help out. The same fee applies no matter how much sanitizer each distiller produced, either, or even if the distillers gave it all away, as some did. No matter — the FDA will require each of them to pay the same flat “facility fee” they imposed on Tuesday.

Reason’s Jacob Grier reminded readers about the FDA’s helpfulness to the same distillers when they first stepped up in the crisis. Remember their insistence on denaturing the alcohol first? I had forgotten about it:

The main ingredient in sanitizer is ethanol, which they are in the business of making, albeit typically in more fun and tasty formats. More than 800 distilleries pivoted from spirits to sanitizer, offering it for sale or in many cases donating it to their communities free of charge. Their prompt action helped ensure supplies of sanitizer when it was otherwise unobtainable.

(Even then, the FDA needlessly complicated things, imposing additional requirements on top of guidelines published by the World Health Organization for emergency production. The FDA’s mandate that all alcohol used in sanitizer first be denatured—rendering it undrinkable—created a bottleneck that raised costs for distillers and slowed production.)

Imagine trying to drink aloe-gel hand sanitizer to get a buzz, and you can see the absurdity in that regulation. Besides, hand sanitizer is not priced all that differently than, say, cheap vodka or rum. A one-liter bottle of Everclear 151 runs $17.99 at Total Wine, which has a slightly higher proof rating than hand sanitizers that use 70% alcohol, and that price comes to fifty-three cents an ounce. Hand sanitizers sold now at Walgreens run between thirty cents to a dollar an ounce, depending on what you buy and how much you get, and it was a lot more expensive than that when supplies ran out in the early spring. Who would be buying hand sanitizer for that kind of consumption when there was no shortage at all of drinkable spirits? Come on, man.

Where did the FDA get the authority to impose these fees in the first place? Ironically, Congress granted it — in the CARES Act, the first comprehensive emergency-relief bill of the pandemic:

At issue is a provision of the CARES Act that reformed regulation of non-prescription drugs. Under the revised law, distilleries that produced sanitizer have been classified as “over-the-counter drug monograph facilities.” The CARES Act also enacted user fees on these facilities to fund the FDA’s regulatory activities. For small distillers, that means ending the year with a surprise bill for $14,060 due on February 11.

So because the distillers cared, they ran afoul of the CARES Act … and Congress. In other words, this wasn’t a bureaucratic snafu, but a deliberate choice made by Congress to tax the very businesses that were producing desperately needed sanitizers when normal producers ran out. The FDA didn’t create this wretched example of ingratitude — they’re just the enforcers of it.

Update: Welcome to Google News readers! Hope you’ll stay around and check out some of our other stories.

No, Palm Beach International Airport will not be re-named after Donald Trump

What about his presidential library?