Axios: Trump won’t concede that he lost … but instead that he didn’t win 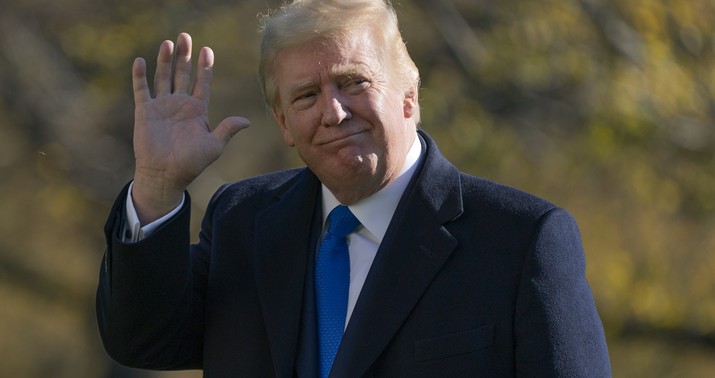 At the moment, Donald Trump hasn’t conceded anything. Over the last ten hours since Axios’ Jonathan Swan issued this report, Trump has retweeted various bits of news and claims that all argue that he beat Joe Biden and will shortly be recognized as the winner of the 2020 election — even though the Electoral College has now made Biden the official president-elect.

What happens when it comes down to dealing with the inevitable? Swan reports that Trump has already started crafting his post-presidency narrative. He didn’t lose … he just didn’t win:

What’s next: Sources who’ve spoken to Trump in the past few days said he’s reluctant to talk much about a 2024 run.

As odd as it sounds, this actually is a sellable point. Trump’s populism certainly did pretty well in the 2020 election, carrying Republicans to victories or draws at every other level than presidential on the ballot. Trump himself added millions of votes to his total from 2016 in this high-turnout election, a sign that his message resonated, even if it might have helped Biden do even better in voter turnout. That was the point of Biden’s Rope-a-Dope strategy — to leverage Trump’s overall unpopular status and not do anything to depress the anti-Trump voter surge. And if this helps Trump come to grips with the loss, all the better; this kind of message amounts implicit concession in a binary contest, and everyone would know it.

As for 2024, that’s a lifetime away — and his actions now are almost certainly precluding a Grover Cleveland replay too. With the Electoral College making Biden’s status as president-elect official, Republicans have no more room for arguing that Trump is simply pursuing all his legal options. Those are over, and that means they’ll have to decide whether to keep indulging Trump. Any damage they take over the next couple of years will make it more and more difficult for Trump to regain ground, plus other Republicans will want a fresh start to contrast with Joe Biden’s Team of Retreads approach to governance. The more Trump rants now, the less attractive he becomes for the GOP in 2024. Instead, leadership will pre-empt Trump by recalculating policy for more support of working-class Americans as Democrats continue stampeding into Academia.

The two questions here are whether Trump will read the writing on the wall, and when. Don’t expect him to read it until at least January 6th, when Congress formally adopts the Electoral College results. He’ll try to twist arms on Capitol Hill for refusing to seat electors from states, but there’s no way that works even if Congress ends up debating some of those slates. After that, Trump might decide to start employing the I just didn’t win message. Maybe. If I were a betting man, I’d put my money on a stab in the back message from Trump over the next four years, a theme we’ve already seen unfold from Trump and his team in Georgia and Pennsylvania.

'Open the freaking schools!': This dad has had enough, BLASTS school board members over remote learning

Two can play at this game, apparently

Bipartisan Senate pitch: Let’s censure Trump instead of an impeachment trial; Plus: A bill of attainder instead?

The rewriting of history continues in support of Tom Cotton smear

They’ll do anything to cancel conservatives