Let’s face it: Mail-in balloting was a disaster 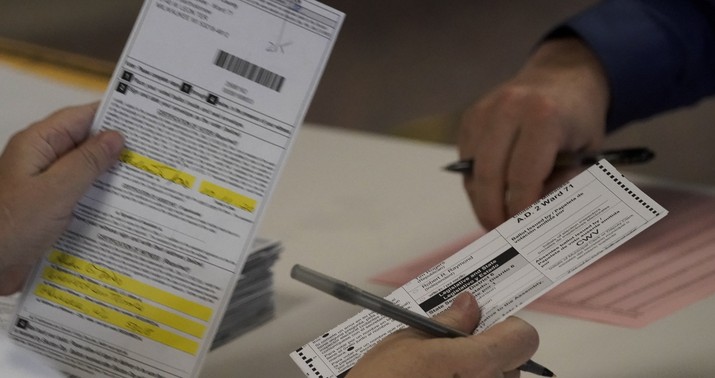 Needless to say, there will be a lot of questions about the slow roll from Election Night results to today’s end game of an apparent — but not yet certified — Joe Biden victory. The most frustrating part of those questions is that they could have easily been avoided, especially given the months of preparation we had. The decision by states to push mass mail-in balloting with no preparation, to prevent Election Day counting of those ballots, and to ignore statutory deadlines on delivery created a cloud over what should be a transparent and efficient process.

Several states then compounded those issues with their lack of clarity on the number of outstanding ballots and attempts to lock observers out of the process in key states. Add in the flexible rules and procedures around mail-in balloting, and it’s easy to see why the spectacle undermined confidence in the results of this election with a large number of voters. The Supreme Court should get some blame for this in Pennsylvania, thanks to their punt on statutory deadlines at a time when the state could have corrected the system to abide by its own law.

Had states properly prepared for this with more efficient ballot systems and especially by starting the counting process of mail-in ballots on or even before Election Day, much of that confidence-sapping could have been avoided. It’s true that we are probably too used to getting results quickly, but it’s also true that it’s entirely possible to achieve that. Look at Florida, Minnesota, Ohio, and a handful of other states whose totals were quickly tallied. They have efficient ballot systems (complete with paper ballots for possible recounts) and a rational manner of dealing with counts for absentee ballots.

Quick and accurate results with minimal human intervention and within pre-established rules build confidence. Dragged-out results with rule changes and lots of human intervention do not. On Tuesday evening, no one would have been terribly surprised to hear Trump had lost Pennsylvania, Georgia, and Arizona; the latter two had been trending toward Democrats for the last few election cycles, and PA is normally a Democratic state in presidential elections anyway. So are Wisconsin and Michigan, for that matter. But dragging this out and counting the mail-in vote for days after the Election Day vote turned into a disaster for voter confidence — without which a democracy cannot operate properly.

Does that mean the results are fraudulent? We’ll have to see what evidence comes to the fore, but consider what happened in the down-ballot races. If widespread fraud took place, then it should have impacted races all the way down the ballot. As we have learned, though, Democrats lost races in the House and Senate that they figured they had in the bag, and they lost state legislative races as well. They didn’t have a single conversion at the state level. Certainly the presidency was the biggest prize, but Senate and House races aren’t small potatoes, and Democrats were counting on state legislatures to control redistricting next year.

Florida learned from its 2000 disaster and made its election system one of the best in the nation. The states that turned the 2020 election into a game of smoke and mirrors have a lesson to learn this time around.

Update: I laid the blame at the feet of the states (and SCOTUS), not the parties. However, just in case anyone does think that the states’ failures are uniquely partisan, Radley Balko has a reminder:

Shouldn’t you have mentioned the Republican legislatures who refused to allow the canvassing of mail-in ballots before Election Day?

Yes indeed. That was true in states controlled in whole or in part by both parties.

Canadian Gun Grabbers Push Shows What’s In Store For Us