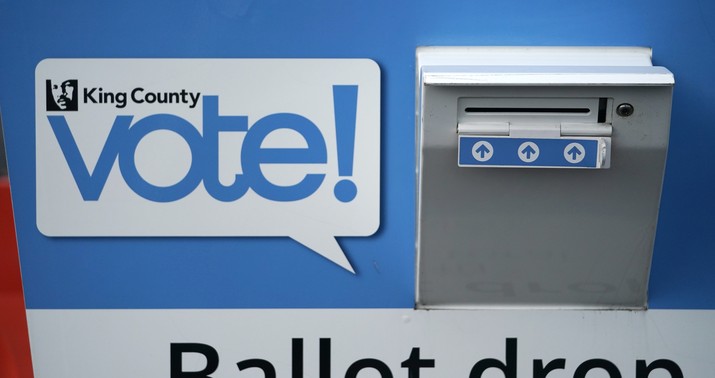 Good news, and from a surprising source. If this election turns out to be a close call, and especially if it provides yet another divergence between the popular vote and the Electoral College, we can expect to hear all sorts of hysteria over foreign interference … no matter which side loses. If Donald Trump wins again, we’ll get a four-year reprise of “Russia Russia Russia,” whereas if Joe Biden pulls off a narrow victory, we will almost certainly hear a return chorus of “China China China.”

Don’t dwell on how depressing that is, but instead take heart in a rare compliment from the Washington Post to the Trump administration. The Department of Homeland Security has prepared for this moment, unveiling the largest operation the US has put together to defeat hackers and foreign interference in the upcoming election:

The Department of Homeland Security’s cybersecurity division is mounting the largest operation to secure a U.S. election, aiming to prevent a repeat of Russia’s 2016 interference and to ward off new threats posed by Iran and China.

On Election Day, DHS’s Cybersecurity and Infrastructure Security Agency will launch a 24/7 virtual war room, to which election officials across the nation can dial in at any time to share notes about suspicious activity and work together to respond. The agency will also pass along classified information from intelligence agencies about efforts they detect from adversaries seeking to undermine the election and advise states on how to protect against such attacks.

“I anticipate possibly thousands of local election officials coming in to share information in real time, to coordinate, to track down what’s real and what’s not, separate fact from fiction on the ground,” said Matt Masterson, CISA’s senior cybersecurity adviser, who has helped lead election preparations. “We’ll be able to sort through what’s happening and identify: Is this a typical election event or is this something larger?”

The operation will run for days or weeks until winners are clear in most races — and potentially until the election is formally certified in December. “We’ll remain stood up until the [election] community tells us, ‘Okay, we’re good, you can stand down,’ ” Masterson said.

This provides the coordination that the Obama administration lacked in 2016, despite getting reports of significant interference operations underway. That’s good news, and its mission to work well past Election Day is more good news. The only potential point of criticism might be why it hasn’t been launched earlier, since early voting has been underway for several weeks. The answer is almost certainly that interference and hacking will aim at the counting systems, not the voting process itself, and the counting systems don’t start until Election Day — although they probably should have started earlier this time, considering the volume of early voting taking place.

The agency has been working with states to defeat “a drumbeat of disinformation,” the Post does note. CISA was also involved in the dismantling of the Iranian intimidation effort in Florida and in stopping hackers attacking officials in both political parties. That in itself is an improvement over 2016’s weirdly laissez-faire approach from the Obama White House.

Does the WaPo give credit where it’s due? Not exactly:

CISA’s growth is especially notable because it has happened despite an abiding lack of interest in election security from President Trump. He has held only one Cabinet-level meeting on the topic during his presidency and generally views discussion about Russian interference as threatening the legitimacy of his 2016 victory over Hillary Clinton, even though there’s no evidence actual votes were changed. …

“The folks at CISA continue to just play it straight and call it as they see it,” said Suzanne Spaulding, who led a predecessor agency to CISA called the National Protection and Programs Directorate during the Obama administration. “Part of it is flying under the radar, which is unfortunate. You’d like to have a president out there reinforcing the messages CISA’s putting out. But the best they can do is try to get their message out to the key people who need to hear it.”

True, but at least this administration is doing something about it. Even the Post notes that Barack Obama only talked about election security at the last minute, and then reversed course immediately afterward and tried to federalize election systems as his term ran out two months later. In fact, the Post spends a lot of time talking to two Obama-era officials who like dishing on their successors, but even they have trouble avoiding the vast difference in the last four years:

Michael Daniel, who was the White House cybersecurity coordinator during the Obama administration and now leads the Cyber Threat Alliance, hailed this progress. “My perception is that we’re light-years ahead of where we were in 2016 in terms of the relationship between CISA and state and local election officials.”

“This is one of the more remarkable stories frankly in an administration that has spent a lot of time wrecking or at least damaging large parts of the federal bureaucracy,” Daniel said.

And yet, it appears Trump will be more effective at protecting elections than the unwrecked, undamaged federal bureaucracy under Obama. Maybe there’s a lesson in that somewhere. The size and scope of bureaucracies aren’t a measure of success. The effect and impact of policies, even when given a low public profile, are a good measure of the leadership that implements them.