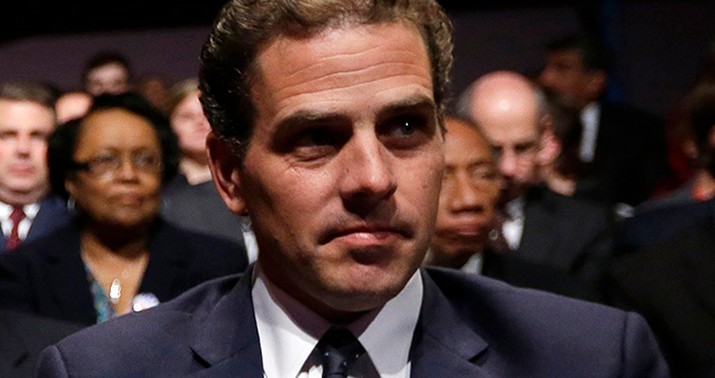 We’re getting a little more information about the earlier New York Post bombshell on Hunter Biden, but enough to still leave some nagging questions. According to its spokesperson, the Senate Homeland Security Committee has opened its own investigation into the claims by the Delaware technician, calling him a “whistleblower.” They only heard from him in the last few weeks, according to the Post’s report from about an hour ago:

A Senate committee is investigating a bombshell cache of documents about Hunter Biden’s foreign dealings acquired by a Delaware computer repairman and exposed Wednesday by The Post.

The Senate Homeland Security and Governmental Affairs Committee confirmed it is working with the repairman, whose identity was confirmed by The Post, to verify the documents. …

The repairman contacted the committee in late September — one day after it released a report on Joe Biden’s apparent conflicts of interest in his son’s international business dealings — including a claim he received $3.5 million from the wife of Moscow’s former mayor.

The repairman provided correspondence to The Post documenting his outreach to the committee.

Hmmmm. The earlier report was a little more vague on this point. In fact, it didn’t mention anything about the repairman connecting with the Senate Homeland Security Committee, or any congressional committee. Did the Post forget to put that into its first report, or did they get an update from the repairman after its publication? If it’s the latter, that might go toward credibility of their source.

There are other points that remain to be clarified. The repairman turned over the laptop and hard drive to the FBI in December in accordance with a subpoena, and we have a picture of the subpoena in the first report. Did the SHSC ask the FBI about whether it could authenticate the documents, and indeed the laptop itself? They have had it for eleven months, it would appear, and should have some insight into the provenance of all the above. The FBI can’t comment publicly on investigations, but they should respond to inquiries from Congress about them, especially to determine whether this is a whistleblower or a crank — or worse.

This new timing answers one of the questions posed by New York Times reporter Maggie Haberman, but still leaves the others murky:

Things that are sketchy in NYP story on Hunter Biden – why wasn’t this in Ron Johnson report if it’s been in possession for awhile? When did Giuliani acquire it? Giuliani has been everywhere on the but this has been kicking around since late last year and unreleased till now?

This makes it sound as though the repairman got tired of getting no response on the issue, and started looking for other options last month. If that’s the case, then it makes Rudy Giuliani and Stephen Bannon look a bit better than in the original telling. That, however, doesn’t necessarily mean that it’s on the level either. Both of these men have been publicly asking for this kind of dirt for years, and would be susceptible to a disinformation campaign — especially just weeks ahead of an election.

The timing on this is odd in another way. The laptop emerged in December, just as the House was impeaching Donald Trump over Ukraine-gate. The FBI took it and it went nowhere. Now it’s suddenly emerging again just as the election comes up. Those might be coincidences, but they’re awfully convenient coincidences. Don’t dismiss this out of hand, but don’t buy into it either unless the FBI weighs in on this soon, or the SHSC provides a basis for confidence in this report.

Update: Here’s an amusing, if not entirely dispositive, development:

The @JoeBiden campaign has called a LID today, but he'll be participating in a virtual fundraiser later today, per pooler @SabrinaSiddiqui.

Biden’s been calling mid-morning lids for weeks, so this may have nothing to do with the Post stories.  On the other hand, it’s an indication that they’re not prepared to get on top of this story, either.