The COVID-19 pandemic will end “far sooner than expected,” says … the NYT 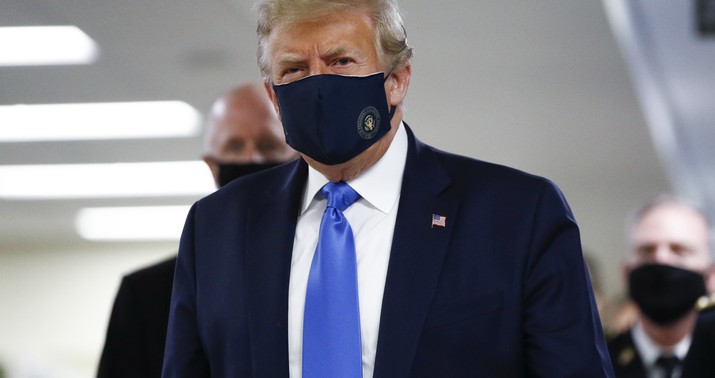 I wonder why that might be? New York Times epidemiology reporter Donald McNeil offers readers a “dose of optimism” after months of gloom reporting on the spread and impact of COVID-19. In a lengthy analysis, McNeil lays out how he predicted the course the disease would chart, both in the US and around the world, and how little could be done to deflect it.

Lately, though, McNeil has begun to see light at the end of the tunnel:

Since January, when I began covering the pandemic, I have been a consistently gloomy Cassandra, reporting on the catastrophe that experts saw coming: that the virus would go pandemic, that Americans were likely to die in large numbers, the national lockdown would last well beyond Easter and even past summer. No miracle cure was on the horizon; the record for developing a vaccine was four years.

Events have moved faster than I thought possible. I have become cautiously optimistic. Experts are saying, with genuine confidence, that the pandemic in the United States will be over far sooner than they expected, possibly by the middle of next year.

What changed? In part, Americans got better at social distancing, isolation, and hygiene, including mask-wearing. Higher-risk people learned to stay out of dangerous situations, at least when governors weren’t ordering them into such conditions. Transmission has picked up of late, but the average age of the infected has dropped dramatically, into age ranges which seem much more resistant to developing into acute and serious cases. The development of therapeutic options — in significant part by discovering what was already at hand — has helped lower the mortality rate as well.

However, what really has McNeil feeling cheerier is that the “cavalry” is coming — vaccines and monoclonal antibodies. And the main reason that the pandemic will end much sooner than expected is because of Operation Warp Speed — even if it doesn’t end on its author’s preferred timeline:

Despite the chaos in day-to-day politics and the fighting over issues like masks and lockdowns, Operation Warp Speed — the government’s agreement to subsidize vaccine companies’ clinical trials and manufacturing costs — appears to have been working with remarkable efficiency. It has put more than $11 billion into seven vaccine candidates, and the F.D.A. has said it will approve any one that is at least 50 percent effective at preventing infection or reducing its severity.

Moncef Slaoui, Operation Warp Speed’s chief scientific adviser and a former pharmaceutical executive who has overseen the development of 14 vaccines, has said repeatedly that he expects some of the candidates that he picked to have 75 to 90 percent efficacy and at least two to win approval by early January.

By then, Dr. Slaoui has estimated, the factories under contract will have produced enough vaccine for 30 to 40 million people, and then another 80 to 90 million people every month after that. Assuming nothing goes wrong, he said, there will be enough doses for all 330 million Americans to be vaccinated by next June. Bill Gates, who is not part of Operation Warp Speed but works with it to develop vaccines for the world’s poor, has agreed with that timetable.

There will inevitably be distribution problems, but the military is standing by to help. The chief operating officer of Operation Warp Speed is General Gustave F. Perna, a logistics specialist.

How momentous is this? McNeil notes in his analysis that the previous record for successfully producing an effective and safe vaccine was four years. Without the financial commitments made in Operation Warp Speed, pharmaceuticals would have had to weigh all sorts of fiscal implications before going full steam on development and testing. By purchasing hundreds of millions of doses up front whether they worked or not, the Trump administration took a position akin to wartime procurement of weapons systems. That strategy is about to pay off, McNeil notes, in what may well be several vaccine options and an already-maximized production rate on all of those lines.

McNeil doesn’t offer much explicit credit to Trump for these developments. In fact, McNeil only mentions Trump to describe his treatment for COVID-19 and his disparagement of mask-wearing, a fair criticism but hardly the whole story. Operation Warp Speed helped accelerate both the vaccines and the therapeutics that McNeil touts, and shortened the timeline considerably for the pandemic — and in doing so, will have saved many thousands of lives. McNeil points out that the “Spanish” influenza had to run its course and produce herd immunity to finally peter out after two years, but that it cost 675,000 lives — equivalent to 2 million in today’s population, which is very close to the worst-case estimates for COVID-19 back in March.

With that in mind, Trump deserves some credit for accelerating the medical-science “cavalry” to the front lines. National Hotline’s Josh Kraushaar wonders why Team Trump isn’t making it their home-stretch pitch:

The Trump campaign would be wise to cite this NYT story as part of its closing message — particularly the success of Operation Warp Speed. pic.twitter.com/cSN8vYlkxT

The Trump administration has made its share of mistakes in this pandemic. The White House and CDC should have been more forthcoming on the virus and masks, and testing capacity is still far short of where it should be to properly manage hotspots and eruptions. But it also has its share of successes, and by far the most momentous will be the “cavalry” arriving years ahead of schedule.