Hurry up with that Phase 4 bailout package, says … Hollywood? 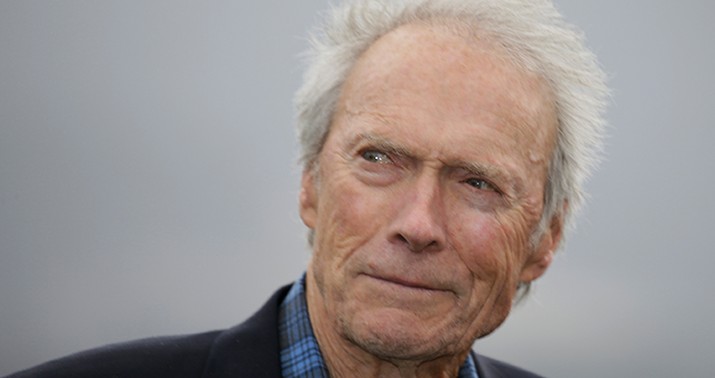 Well, why not? Hollywood is a business, after all, and not everyone in it makes $20 million a picture. With the COVID-19 pandemic still spreading, filmmakers and TV producers hoping to create content — and more importantly, to sell it — face the same obstacles as any mom-and-pop retail operation.

Of course, Hollywood has a few more friends in Washington than most mom-and-pop operators have, too. A couple of heavyweights have begun lobbying both sides of the aisle to rescue movie theaters in the stalled Phase 4 relief bill:

Oscar-winning film directors James Cameron, Clint Eastwood and Martin Scorsese joined forces with movie theater owners on Wednesday in an appeal for financial help, saying they feared for the future of the industry.

In a letter to the leaders of the U.S. Senate and House of Representatives, they said the coronavirus pandemic had dealt a devastating blow to movie theaters and that without funds “theaters may not survive the impact of the pandemic.”

The letter was signed by more than 70 directors and producers along with the National Association of Theater Owners, the Directors Guild of America and the Motion Picture Association.

The pandemic forced movie theaters to close their doors in mid-March. Big chains including AMC Entertainment and Cineworld Plc’s Regal Cinemas have reopened, with reduced capacity, in many U.S. cities, but not in the biggest markets of Los Angeles and New York City.

If studios and producers want to help out movie theaters, they could start by giving the operators more of the box office. Cinemas charge outrageous prices for snacks and drinks because the distributors keep most of the money from ticket sales, especially for the most recent releases. It’s that business model that had theater operators on the ropes even before the pandemic:

Arrangements vary, but the movie studio usually ends up with about 60 percent of the proceeds from American box offices. Overseas, the number is usually less, anywhere from 20 percent to 40 percent depending on the film distribution arrangements, agreements, and other costs associated with foreign distribution (not to mention piracy).

That figure varies according to the usual supply and demand principles — an extremely hot first-run movie may start out with distribution fees up to 90 percent (in other words, 90 percent of the fees during that time are going back to the studio). As the film stays in distribution longer, the fees go down since demand goes down until eventually the theater replaces it with a different film. …

Theaters receive the remaining approximately 40 percent that does not go back to the studios. Along with their concessions take, this goes to pay all their overhead expenses — employee salaries, rent, maintenance, gum removal expenses, etc. That may sound great, but the profit margin for theaters tends to be around 4 percent — and is in increasing jeopardy from alternate distribution options.

It’s true, though, that the pandemic made this situation much worse, just as it has for other businesses. Governments mandated the closure of theaters, and in many areas are forcing them to either remain closed or operate at low capacity. (Plus, it’s hard to imagine much concession business taking place even where theaters are open.) There is a valid fiscal and moral argument to be made that when government deliberately breaks businesses — even for understandable reasons, such as a pandemic — it should find a way to mitigate the damage it does. That’s still true even if people don’t much like the politics of a specific industry, and arguably even if the business model was already collapsing.

So it’s no surprise to see the most likable assets from Tinseltown lobbying Congress to include movie-theater operators in their Phase 4 plans. Perhaps they might lean on their natural allies — House Democrats — to also become more flexible in their demands so as to produce an aid package of any kind. So far, though, developments at the White House have Nancy Pelosi digging in her heels:

“This kind of changes the dynamic because here [Republicans] see the reality of what we have been saying all along. This is a vicious virus,” the California Democrat told MSNBC, adding that she would pray for the president’s safety.

However, Pelosi also signaled that yesterday’s vote on her latest proposal isn’t the final word on Phase 4:

The Washington Post also noted that talks are continuing between Pelosi and Steve Mnuchin:

Republicans railed against Pelosi for advancing a bill that has no chance of becoming law, accusing her of playing politics instead of trying to strike a bipartisan deal. And even though it was largely pressure from moderate Democrats, some in tough reelection races, that persuaded Pelosi to reverse course and put the bill on the floor, 18 mostly centrist Democrats voted “no” on the legislation Thursday, with some expressing frustration that they were voting on a bill that was headed nowhere instead of an actual deal.

“Today’s package is another partisan exercise that will never become law — just as the Heroes Act never received a single vote in the Senate, let alone reached the President’s desk,” freshman Rep. Abigail Spanberger (D-Va.) said in a statement. “The American people are exhausted by empty promises and government dysfunction.”

But even as the highly partisan debate was underway on the House floor, behind the scenes Pelosi was, in fact, working to try to strike a bipartisan deal with Mnuchin. The two spent the day trading phone calls and offers, and although Pelosi said they remained far apart on some issues, the negotiations were continuing and appeared to be getting into some granular details, such as specific language on a coronavirus testing plan, and whether and at what level Republicans could agree to a refundable child tax credit sought by Democrats.

Trump’s diagnosis could change the dynamic in another way. It’s been pretty clear all along that Trump wants to spend more money than Mitch McConnell does, a pressure point that Pelosi needs on the Senate. If Trump has to be sidelined, she’ll be dealing with Mike Pence, whose own instincts on fiscal policy are far more conservative than populist. Trump’s likely to be just fine, but this is the time for Pelosi to cut a deal … just in case.

NEW: Speaker Nancy Pelosi calls on airlines "to delay their devastating job cuts as relief for airline workers is being advanced in Congress." https://t.co/TmZus0Amcz pic.twitter.com/CIzXNbZNoI

Since the Senate won’t touch the bill passed by the House last night, either Pelosi anticipates offering some concessions today, or she’s delusional.