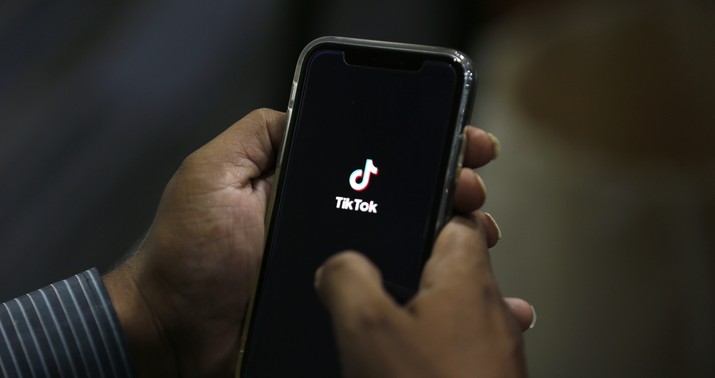 Is this just a negotiating tactic, or is the clock really ticking on China-based TikTok and WeChat? A month ago, Donald Trump signed an executive order blocking both apps from operating in the US in response to alleged control of American identification and fiscal data by the government in Beijing. A deal with Oracle this week appeared to forestall action on TikTok, but as CNBC reports below, that fell apart when it became clear that China wanted to keep control of the company and its data.

The Commerce Department announced Friday morning that it would ban U.S. business transactions with Chinese-owned social apps WeChat and TikTok on Sunday.

The announcement comes ahead of an expected statement Friday by President Donald Trump on whether or not the government will approve a deal for Oracle to take a minority stake in TikTok and become a “trusted technology partner” for the company in the U.S.

It’s unclear if the Commerce Department’s announcement means there’s no possibility of a deal going through before the Sunday deadline, and it could be an aggressive move from the Trump Administration to push for its original intention for TikTok to be fully owned by a U.S. company.

The fight over TikTok seems like overkill for this kind of action, and it should raise concerns over too-aggressive government intervention into marketplaces. It does have issues with data collection, which is one reason angry parents have filed a class-action lawsuit against its owner Bytedance over transfers of information about minors to China’s control. There are regulatory steps that could be taken short of insisting on a full sale to an American owner as a condition of operation within the US, the kind of hardball tactic that we often accuse China of using against US companies and their intellectual property. And the timing of it looks bad, too; Trump’s EO came after a silly campaign on TikTok to disrupt access to his Tulsa rally, making this look petty and partisan when there are some serious issues in play.

However, the other app in question really does require more stringent action. China uses WeChat not just for passive data collection but also to spy on its ex-pats and to disseminate propaganda, as the New York Times reported at the time of Trump’s EO:

In China, WeChat does more than any app rightfully should. People use it to talk, shop, share photos, pay bills, get their news and send money.

With much of the Chinese internet locked behind a wall of filters and censors, the country’s everything app is also one of the few digital bridges connecting China to the rest of the world. It is the way exchange students talk to their families, immigrants keep up with relatives and much of the Chinese diaspora swaps memes, gossip and videos. …

While TikTok may be the fad of the moment in the United States, WeChat is far more important in China. A digital bedrock of daily life, WeChat emerged as a tool for the Chinese authorities to impose social controls. Within China, the app is heavily censored and monitored by a newly empowered force of internet police.

Outside China’s borders, the app has become a key conduit for the spread of Beijing’s propaganda. Chinese security forces have also regularly used WeChat to intimidate and silence members of the Chinese diaspora, including minority Uighurs seeking to raise awareness of harsh crackdowns in their homeland in western China.

Cutting off WeChat would break those chains placed on the diaspora through China’s app. It would also stop, or at least constrain, remittances that feed China’s economy. As such, it serves to strengthen the regime in Beijing in multiple ways, and the nat-sec implications here are significant in several ways.

For TikTok and Bytedance, this doesn’t necessarily mean that a deal can’t be reached. This could just be a negotiating tactic to force Bytedance into giving up control of the data collection process within the app and structuring a sale to make sure it stays isolated from China. It could also be the Trump administration’s way of emphasizing that the sale has to be total, even if that seems like an inappropriate kind of government intervention in this market. But WeChat and Tencent are likely to be out of luck, as it seems very likely that they were the real target of this campaign from the start.

That might end up being rather fruitful for Bytedance. A court will certainly want to hear how the executive branch can force a foreign business to sell to an American company as the price of access to US markets. The Trump administration had better be able to show real nat-sec issues that can’t be resolved by other regulatory means.

WeChat’s issues run deeper, though, and I suspect that Tencent will have a much tougher time challenging their exclusion in court.