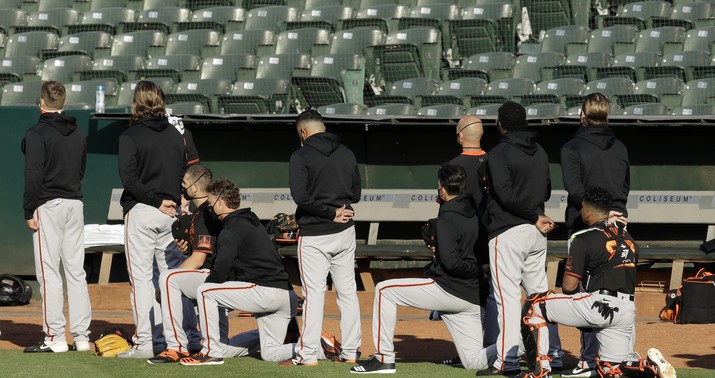 Is this outcome from Gallup’s latest longitudinal poll fair? After all, big pharma and the feds might be having a better season than the sports industry. Nonetheless, those are the only three industries that find themselves in negative territory, with sports taking the biggest dive:

The biggest slide, however, has been for the sports industry, with its positive score falling 15 points — from 45% to 30%.

While it’s not clear how much the various challenges and controversies swirling around the industry are each responsible for its slide in popularity, it is notable that sports has lost more support from Republicans and independents than from Democrats. In fact, Democrats’ view of the sports industry has not changed significantly in the past year, while Republicans’ has slipped from a +11 net-positive score in 2019 to a net -35 today, and independents’ from +26 to -10.

That description of the demographic differences distracts from one clear point — the decline is as broad as it gets. The sports industry’s positive rating fell in every demo, and by double digits in all except Democrats (-5). The rating among non-white Americans might be higher than among white Americans, but it also fell farther among non-white Americans (-35, as opposed to -26 among whites). The collapse is almost total, in other words, and even in the few demos that remain positive, enthusiasm has almost entirely evaporated.

For instance, Gallup makes much of the fact that Democrats (+11) and non-white Americans (+16) still remain positive about sports. Those ratings would put sports at the same level as the overall ratings for the oil industry (+11) and well below the banking industry (+24). Does that still sound like good news for sports?

What makes this even worse is that it bucks a clear trend toward positivity from the American public. Gallup reports that Americans largely have sunnier views of almost all industries this year, probably an outcome of COVID-19 and the “we’re all in this together” attitude. Topping the list of big gainers this year are the essential businesses on which we have focused during the shutdowns — agriculture (+58), grocery (+51), and restaurants (+46). Heck, even the legal industry has a positive rating this year, albeit an anemic one at +6, and big pharma improved by seven points to get to second-to-last.

When lawyers get a better rating than your industry, then maybe it’s time to rethink things — especially if you’re in entertainment. Speaking of which, lawyers edge out the movie industry (+4), too. You’ve been warned, Hollywood.