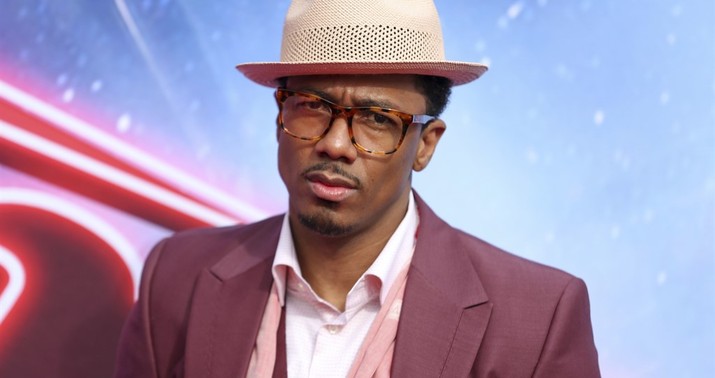 Where’s the outrage? It seems almost satirical to ask this question in 2020, but Kareem Abdul-Jabbar hits the bullseye with it. Sports and entertainment industries overflow these days with woke outrage over every perceived slight when it comes to Black Lives Matter, but not when it comes to anti-Semitism, the NBA legend writes at the Hollywood Reporter.

Abdul-Jabbar calls out pretty much everyone for hypocrisy and moral blindness on anti-Semitism, complete with a shot at Donald Trump. However, he’s mainly focusing on the BLM advocates who want to lecture everyone else. Get ready for the Apatholypse to follow when people simply tune out, Abdul-Jabbar warns:

Recent incidents of anti-Semitic tweets and posts from sports and entertainment celebrities are a very troubling omen for the future of the Black Lives Matter movement, but so too is the shocking lack of massive indignation. Given the New Woke-fulness in Hollywood and the sports world, we expected more passionate public outrage. What we got was a shrug of meh-rage.

When reading the dark squishy entrails of popular culture, meh-rage in the face of sustained prejudice is an indisputable sign of the coming Apatholypse: apathy to all forms of social justice. After all, if it’s OK to discriminate against one group of people by hauling out cultural stereotypes without much pushback, it must be OK to do the same to others. Illogic begets illogic. …

The lesson never changes, so why is it so hard for some people to learn: No one is free until everyone is free. As Martin Luther King Jr. explained: “Injustice anywhere is a threat to justice everywhere. We are caught in an inescapable network of mutuality.” So, let’s act like it. If we’re going to be outraged by injustice, let’s be outraged by injustice against anyone.

Exactly. And the converse is equally true: if the elites pushing the lectures on BLM aren’t outraged by hatred and bigotry against other groups, then don’t expect anyone pay much attention to their activism. All that becomes is simply competing brands of bigotry, a competition which demeans everyone. No reasonable person wants to participate in that, which is why Abdul-Jabbar warns that the bigots are about to talk themselves and their industries out of jobs. The rest of us will simply tune out — and that Apatholypse would likely be permanent.

Worth noting, too, is Abdul-Jabbar’s willingness to take on everyone. That includes Louis Farrakhan, whom professional athletes and celebrities continue to lionize despite his horrid, hateful rhetoric. Coming from a convert to Islam like Abdul-Jabbar, this is all the more powerful:

These statements would be laughed at by anyone with a middle-school grasp of reason, but then former NBA player Stephen Jackson, a self-proclaimed activist, undid whatever progress his previous advocacy may have achieved by agreeing with DeSean Jackson on social media. Then he went on to talk about the Rothschilds owning all the banks and his support for the notorious homophobe and anti-Semite Louis Farrakhan. That is the kind of dehumanizing characterization of a people that causes the police abuses that killed his friend, George Floyd.

June continued to bust out all over with anti-Semitism when performer Chelsea Handler, herself Jewish, posted videos of Farrakhan to her 3.9 million followers. That means almost 4 million people received a subliminal message that even some Jews think being anti-Jewish is justified.

That must have amused Farrakhan; thankfully, it doesn’t amuse Abdul-Jabbar. He understands how toxic Farrakhan is (and always was), even if some of his colleagues in the sports and entertainment industries do not. It is long past time that people get held to account for their support of a leading figure of hatred — and that includes some members of Congress, too.

Viacom must have come to that conclusion regarding VH1 star Nick Cannon. After Cannon floated a few Farrakhan-ish conspiracy theories about Jews and calling white people “closer to animals,” Cannon’s bosses fired him this morning:

“ViacomCBS condemns bigotry of any kind and we categorically denounce all forms of anti-Semitism,” the company said in a statement Tuesday. It is terminating its relationship with Cannon, ViacomCBS said.

The company’s move was in response to remarks made by Cannon on a podcast in which he and Richard “Professor Griff” Griffin, the former Public Enemy member, discussed racial bias. The podcast reportedly was filmed last year and aired two weeks ago.

“We have spoken with Nick Cannon about an episode of his podcast ‘Cannon’s Class’ on YouTube, which promoted hateful speech and spread anti-Semitic conspiracy theories,” ViacomCBS said.

“While we support ongoing education and dialogue in the fight against bigotry, we are deeply troubled that Nick has failed to acknowledge or apologize for perpetuating anti-Semitism, and we are terminating our relationship with him,” the company said, adding that, “We are committed to doing better in our response to incidents of anti-Semitism, racism, and bigotry. ViacomCBS will have further announcements on our efforts to combat hate of all kinds.”

Cannon explicitly cited “Minister Farrakhan” in this idiotic and bigoted screed about how a lack of melanin make whites “the true savages.” Note well that Viacom’s statement never addresses this part of Cannon’s hatred, but the anti-Semitism is bad enough anyway. Should he have been “canceled,” as Adam Ford suggested when he sent this clip around? In a world where free speech is favored by all, no, but we don’t live in that world for now — and it’s the entertainment and sports industries that have lined up the hardest against it. This is a case which Shakespeare would call being hoist by one’s own petard, or in more modern terminology, where revolution eats itself.

Nick Cannon says white people are "a little less," "closer to animals," "the true savages," "acting out of a deficiency so the only way they can act is evil." When does he get canceled? pic.twitter.com/vK3TBDW9i8