Bad news from the IRS: We’re serious about July 15 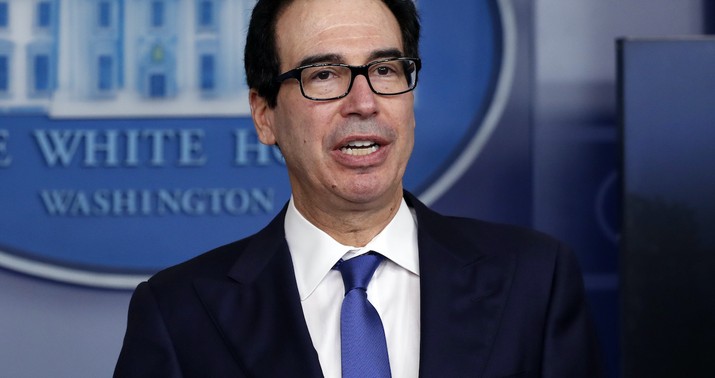 A deadline actually turns out to be a deadline for the IRS, even if it gets put off once by a pandemic. Congress and the Trump administration extended the final tax-filing date from its traditional April 15 for three months, thanks to the COVID-19 outbreak and the shutdown of commerce in late March. With retail stores and business offices closing down, that meant that many Americans would not be able to access their tax-preparer services.

Three months later, it still seem as though that might be a problem. Absent another action from Congress, however, Treasury says too bad:

The Treasury Department and the Internal Revenue Service announced Monday it would stick with its tax filing extension deadline of July 15.

The agencies are encouraging people to file for an automatic extension of Oct. 15, if they cannot meet the July 15 deadline, by filling out this form. …

“The IRS understands that those affected by the coronavirus may not be able to pay their balances in full by July 15, but we have many payment options to help taxpayers,” said IRS Commissioner Chuck Rettig in a statement. “These easy-to-use payment options are available on IRS.gov, and most can be done automatically without reaching out to an IRS representative.”

An extension seemed likely last week when Treasury Secretary Steve Mnuchin floated the possibility publicly last week. He mentioned that they might move it to September 15 when asked about it at Bloomberg “virtual summit,” without mentioning what might drive it. The payment issue could very well have been one of those issues; those who owe but have no job might have been waiting to find employment to file normally. Now they’ll likely have to add fees and interest by using payment plans. Why did Mnuchin raise the possibility five days before foreclosing it altogether, though?

It’s a tough time to get firm on July 15 in light of the rollbacks on reopening of late. Retail stores are still operating under restricted capacity, and now bars and restaurants are getting further restricted or shut down entirely as COVID-19 cases spike upward. That’s not a great time for taxpayers to compete for face time with a tax preparer. The bigger firms are offering drop-offs and on-line assistance, but independent or small-firm tax preparers are going to get hurt in this crunch — and do-it-yourself software platforms will likely have a field day with it.

The Treasury Department has better news on another of its COVID-19 efforts … kinda. The Paycheck Protection Program has wrapped up its work with quite a bit of its money unspent. The bad news is that Congress has been notified of the balance:

The stimulus program that has both infuriated and sustained small-business owners since its launch in April is now set to close with more than $130 billion left unused, prompting lawmakers to consider how to repurpose the money for the still-ailing economy.

With the deadline to apply for the Paycheck Protection Program coming just before midnight Tuesday night, Sens. Marco Rubio (R-Fla.) and Ben Cardin (D-Md.) are leading a group considering how best to use the remaining funds to help small businesses as they begin to reopen.

Rubio is working on legislation that would create new programs to expand uses for the funds, such as allowing lobbying groups to apply as well as directing more money to certain businesses that prove they were affected by the pandemic.

According to a draft copy of the bill that was obtained by The Washington Post, the legislation would also set aside $25 billion for businesses with fewer than 10 employees and formally prevent hotel or restaurant chains from receiving more than $2 million total. He would need to reach an agreement with House Democrats before any deal could be signed into law, however, and they have been calling for a range of other economic responses to the coronavirus pandemic.

So now we’re going to subsidize lobbying in this crisis? Does K Street need a stimulus? That seems doubtful in the extreme. Perhaps a better use for the money would be to just extend the deadline on it, especially given the recently reverse momentum on reopening. Either that or just don’t spend it at all, and save a little of it for the interest payments on this year’s budget deficit.

Either way, get ready to pay your taxes — even while Congress spends its imaginary money.

NY Times tech journalist complains about online attack, omits that the comment was a paraphrase of her own words

“This is how dishonest reporters at NYT can be.”