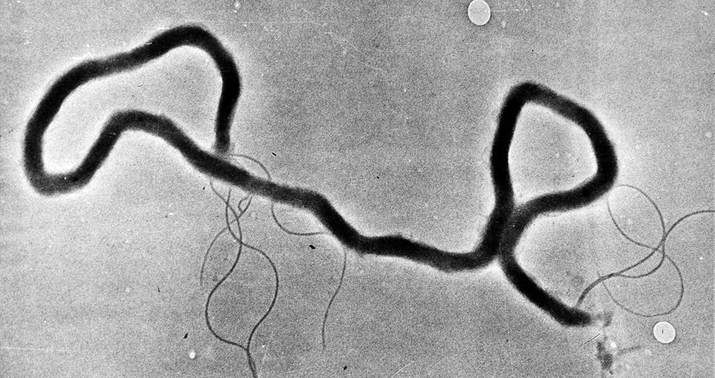 The mechanics of this defy explanation … except as an attention-grabber. Thanks to the COVID-19 outbreak, people keep their distance and remain masked even when they do venture outside, both here and in Canada. So how can venereal disease outbreaks intensify in a lockdown, unless someone’s doing one or the other very badly. Or both:

Nine of the country’s 10 provinces had declared STI outbreaks before the coronavirus arrived. Then shelter-in-place directives impeded access to prevention, testing and treatment as clinics slashed services and labs became backed up by Covid-19 tests.

Now health experts are warning the lockdown could intensify a recent resurgence in syphilis, chlamydia and even antibiotic-resistant strains of gonorrhea.

“They’re seeing numbers growing at a rate that is alarming,” Frédérique Chabot, the director of health promotion for Action Canada for Sexual Health & Rights, said in an interview. “People’s needs in terms of sexual and reproductive health are not diminishing during this emergency. In fact, it’s becoming greater.”

Shouldn’t it become smaller? At least in terms of spreading disease where it didn’t exist previously, yes. STIs get spread through unprotected sex with partners who have previously contracted the disease. In a lockdown, the rate of sexual activity outside of a household has to be declining rapidly, just on the basis of a lack of social forums in which to meet and hook up.

If the COVID-19 lockdown can’t stop the spread of gonorrhea, what chance does it have of stopping the coronavirus itself?

The answer is that we don’t know that it hasn’t. Action Canada has been offering predictions of STI disaster from nearly the beginning of the crisis, warning a month ago of a wave of “unintended pregnancies” unless more resources got directed to their efforts:

Limited access to contraceptives and services because of COVID-19 is likely to lead to a surge in unintended pregnancies, according to sexual-health advocates.

Darrah Teitel with Action Canada for Sexual Health and Rights has already noticed a big increase in the number of people calling its helpline in distress.

“We’re looking at a huge number of unintended pregnancies, probably,” Teitel said, unless something is done soon to make those services more available.

When reading through both reports, it becomes clear that Action Canada is pushing speculation rather than actual data. They’re proclaiming speculation as fact, though, and they’re being assisted in this by media outlets for their own purposes. In fact, the only data we actually have shows that Canadians prepared for “action” in their own way as the shutdown hit:

As Canadians were faced with the possibility of an extended stay-at-home order, sales of family planning products rose throughout the first few weeks of March (Chart 10). News reports from Malaysia suggest that a lockdown imposed in March would limit condom production as factories closed to limit the spread of COVID-19.Note While Canadians purchased more condoms at the outset of the pandemic, sales slowed in subsequent weeks to historic levels.

So not only have Canadians stocked up, they are continuing to buy condoms at the usual pace. That would seem to indicate that sexual relations will continue to be at least as safe as pre-pandemic practices, and likely a lot more safe by the elimination of hook-up environments that might spread disease between households.

The spread of STIs is certainly a public-health issue, but it’s hardly the most pressing at the moment. That’s too bad for Action Canada, but good for Canadians and the rest of us.