European leaders lament: Coronavirus might just kill the EU too 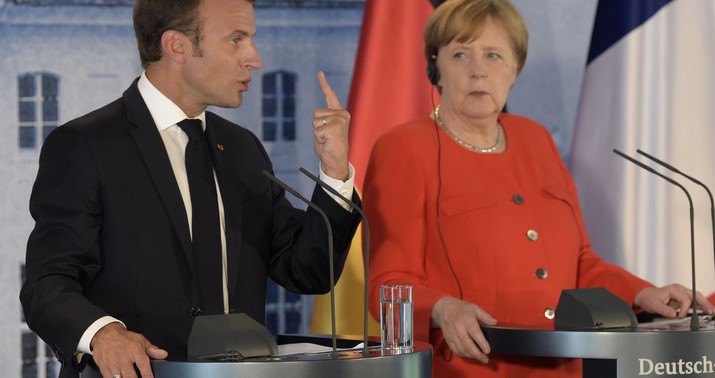 If the European Union now finds itself in “mortal danger,” it’s only because it’s faced its first truly mortal threat. The Washington Post reports that European leaders have begun to warn that unilateral actions by its members — most recently Hungary but also core members France and Germany — will undo their decades-long experiment in continental unity. The raising of borders and the imposition of trade barriers in the coronavirus pandemic has all but sidelined Brussels in the crisis, and there’s little indication that EU members are interested in anything but their own domestic political standing.

That impulse should hardly be surprising, but the easy-times experiment dies hard, apparently:

The cohesion of the European Union had been battered by Brexit, bruised by the political fallout from the 2015 migration surge and the 2008 financial crisis, and challenged by rising autocracy in the east that runs contrary to the professed ideals of the European project.

Now, if Europe’s leaders cannot chart a more united course, the project lies in what one of its architects described this week as “mortal danger.”

In the early days of the coronavirus outbreak, the response among European Union member states showed that national interests trump more-altruistic European ideals. Border restrictions were reimposed haphazardly, and Germany and France threw up export bans on medical equipment such as masks and ventilators, even as Italy clamored for assistance.

In other words, Europe has rediscovered why borders matter and why government works best on the principle of subsidiarity. The borders lesson got taught the hard way, as I wrote two-plus weeks ago, after Europe and the US precipitated a massive refugee crisis by decapitating the Qaddafi regime in Libya. The flood of refugees from there and Syria created cultural dislocation throughout the Schengen Zone, provoking the Brexit push in the UK and setting the stage for their current disunity.

It should come as no shock that Germans expect the German government to prioritize Germans in an existential crisis rather than a super-national quasi-governing body. Nor should it shock anyone that the same is true for the French, the Italians, and so on. That doesn’t mean that they can’t work cooperatively to approach common interests and problems, but that in a crisis, they’re responsible to their own citizens first and foremost:

E.U. countries have begun to coordinate their efforts to procure supplies, and they have sent more aid to hard-hit Italy than China has. But the past week has seen a reemergence of a north-south rift over how to handle the economic response. The union is also being pulled east and west, as Hungarian Prime Minister Viktor Orban has used emergency powers to effectively suspend democracy, riding roughshod over Europe’s basic principles of the rule of law.

Collectively, these tensions could overwhelm the alliance.

The EU has been a fascinating experiment, but one doomed to failure in this kind of crisis. When it existed as the European Common Market, it made more sense. Trading relationships are easily handled in multilateral forums, but multilateral governance — including a shared currency — made less sense as a long-term project. A failure in crisis has only grown more likely as Brussels attempts to regulate more and more internal policies within its member states, which is one of the reasons why Brexit took place.

This pandemic was almost custom-fit to accelerate the resentments created by overreach in Brussels. It required a halt to excess travel, the need for varied responses by communities, and the full attention of national governments. Brussels reacted with its usual bureaucratic sloth, aiming for consensus rather than speed. France and Germany decided together to kill the Schengen Zone and force everyone else to start respecting national borders again because that’s what was needed — and what their own citizens demanded.

Now Brussels wants to blame this disunity on Russian meddling, which may sound familiar to Americans, aiming to push EU states into lifting Ukraine-related sanctions:

A group of European Union lawmakers are accusing Moscow of exploiting the coronavirus pandemic to try to get sanctions imposed over Russia’s actions in Ukraine lifted, according to a letter seen by RFE/RL.

The letter, dated April 3, says Russian aid provided in support for European countries to tackle the health emergency caused by coronavirus is part of “public relation campaigns” aimed at having the EU sanctions reviewed or lifted.

The lawmakers said they “seek to rebuff any possibility of reviewing or lifting the EU sanctions against the Russian Federation due to the pandemic.”

“Russian authorities by pursuing such public relation campaigns as sending poorly applicable humanitarian aid to Italy, as well as misinterpreting the statements by the UN officials, might try to sway the position of the EU and its member states leadership regarding the sanctions,” they added.

Are the Russians using the crisis for their own propaganda and political ends? No doubt. But the EU’s inherent contradictions are the problem here. A return to a Common Market might end up being the long-term result of the coronavirus, which would offer a much more sustainable model for Europe.

The US survived a Civil War, 2 World Wars, a pandemic and Depression…

If EU can't survive the first catastrophe they face, they don't deserve to survive. @EdMorrissey https://t.co/EFgAfS9jse

Fair point, but what I meant was that it was always vulnerable to a shock based on its very nature. The US developed much more organically from a common culture, language, and commitment to rule of a common set of laws; states got added by expansion of those elements. The EU simply added a super-national government on top of states with different languages and cultures, which only works when nothing much is at stake. When matters become life and death, those differences matter greatly — as Europe is now finding out.

Widely publicized hydroxychloroquine study appears to be based on bogus data