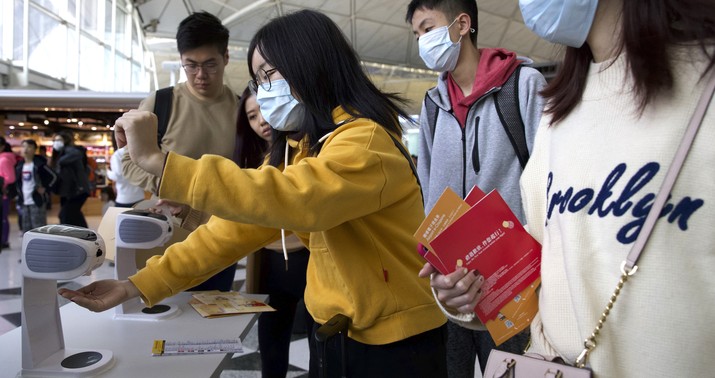 If these reports turn out to be accurate, they do not bode well for a strategy of getting back to normal in the near term. According to multiple media reports, Singapore and Hong Kong have had to reimpose lockdown policies due to a second spike in coronavirus cases. Both have had an influx of returning residents that might have re-seeded the COVID-19 virus back into the populations, but until the mechanism for these second waves are known, social distancing and closed borders are apparently back in effect.

BREAKING: Singapore has re-introduced locked down after reports of a second wave of #coronavirus.

When Singapore announced it was shutting its borders to tourists starting Tuesday, entrepreneur Lee Xiaohui, 34, heaved a sigh of relief at her timing. Just two days earlier, she had booked her parents a flight home to the island nation from the United States, where they were helping out with her sister’s newborn. …

At least 65 airlines have cut flights by roughly 95 per cent as the coronavirus pandemic wreaks havoc on the global travel industry, with Singapore Airlines being the latest to ground passenger planes.

The national carrier on Monday said it would cut its flight capacity by 96 per cent until the end of April and ground 185 of its 196 aircraft. It has described the outbreak as the “greatest challenge that the SIA Group has faced in its existence”.

Singapore Airlines’ announcement comes a day after the Lion City announced a ban on all short-term visitors, including those entering or transiting, as well as tightened travel restrictions on work pass holders and their dependents.

A recent spike in imported cases has threatened the success of Singapore’s containment measures, while authorities have been tightening border controls so the health care system would not be too taxed. Of its 23 confirmed infections on Sunday, 18 had a recent travel history to either Europe, the US or Southeast Asian countries.

What’s the lesson there? Travel restrictions work, and they may need to remain in place longer than people think. The coronavirus hasn’t yet burned itself out, and it likely won’t do so until at least when hot weather arrives in the summer. Singapore got back to business as usual too early, and now has to re-apply its containment measures to stop a second-wave spread. That won’t impact those who have already had it and fought it off, but it could put everyone at risk who dodged it the first time.

SCMP also reports that Hong Kong has detected a new surge in confirmed COVID-19 cases, and has issued new lockdown orders as a result. This also appears tied to a recent influx of travelers:

Hong Kong will close its borders to all non-residents and plans to ban the sale of alcohol at thousands of bars and restaurants in a drastic effort to stop an alarming surge of coronavirus infections, both imported and spread locally.

The city reported another surge on Monday – 39 more patients confirmed as having Covid-19, most of them with a recent travel history and one a doctor tasked with issuing quarantine orders to visitors at the airport.

With the total number of cases at 356, Chief Executive Carrie Lam Cheng Yuet-ngor warned of a “critical situation” and became emotional at a press conference as she appealed for public vigilance and compliance with home quarantine orders.

Beijing has sounded the alarm on a second wave in Hong Kong, reports The Sun, again pointing at “imported cases”:

A LEADING Chinese coronavirus expert has warned of a second outbreak because of the increasing number of infected people coming in from abroad.

Professor Li Lanjuan, a member of Beijing’s expert team on the virus, said she was “very worried that imported cases could trigger another large-scale epidemic in our country”. …

The Hong Kong Government confirmed 44 new cases yesterday, 29 of the which had travelled during the 14-day incubation period.

The journal Art World notes that Hong Kong has closed all its museums — again — and says this is an object lesson for countries expecting a quick return to normalcy:

Until recently, Hong Kong had been a shining example of how a country might successfully keep the novel coronavirus pandemic contained. Despite being a part of China, where the COVID-19 outbreak originated, Hong Kong implemented preventative measures that flattened the curve, preventing the rampant spread of the virus.

Those measures included shutting down government-run museums in late January. Other institutions in the city followed suit (save for the sparsely visited Hong Kong Maritime Museum). By March, those measures were being adopted in countries outside Asia, including the US and much of Europe.

At the same time, Hong Kong, lulled into a false sense of security, was letting up its guard. Convinced that the worst of the threat had passed, museums gradually began reopening earlier this month.

Then a second wave of the pandemic hit. … The news of coronavirus resurgences serves as a warning of what may be in store for other countries in the world where the initial number of infections is still rising, and experts are already concerned that a second wave may hit even harder than the first. As a result, museums and other places of public gathering may do well to remain closed even after the threat of infectious disease appears to have waned.

This should be of particular interest at the White House, which has sent signals that it sees the economic damage of social-distancing guidelines to be potentially as deadly as the coronavirus, if not more so. That’s true if we expect these to be in place for a very lengthy period of time, but the point of these measures was to hold down the curve until we get enough hospital capacity to meet demand. The plan was based on the assumption of a single curve, not multiple curves, and that might mean rethinking the length of the flattening strategy in light of these second-wave eruptions. Hong Kong went two months, and the curve restarted almost immediately; will we have enough health-care capacity if that happens here by the end of next week, or even mid-April?

At some point, of course, we’ll have to reopen everything and let the boosted health-care system deal with the wave of COVID-19. But perhaps we should consider extending that period out long enough to get more resources on the ground in more places before we surf that wave. The last thing we need is to reopen, and then shut down again.

Update: Thailand issued an emergency decree today as well that takes effect on Thursday, but it’s not clear whether this is a second-wave problem or just a single-wave problem. The restrictions are pretty severe, however (via reader Shawn O):

He urged people not to return to their home provinces and said there will be checkpoints and quarantine measures taken along the way for those who do. Provincial governors have full authority and are cooperating to quarantine those trying to return. Violator of quarantine or self isolation face fines of up to 20,000 baht.

The emergency decree gives various powers, including the potential restriction of domestic travel, censoring media, curfews, commandeering or closing building, among others.