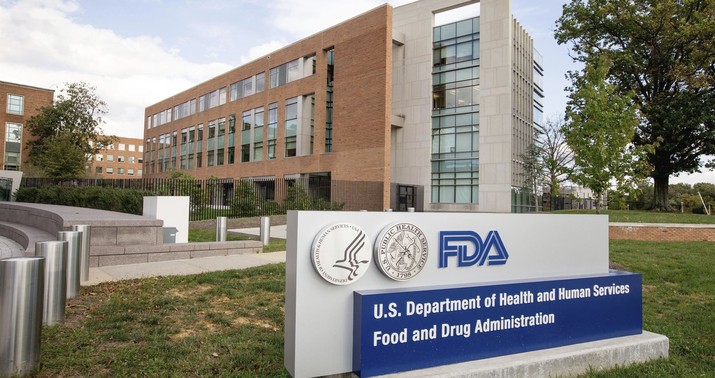 Of all the frustrations around the government response to the coronavirus outbreak, the lack of testing capacity and development tops the charts. This morning, however, the Trump administration plans to unleash the private sector and state governments in developing new and more rapid testing. Under an emergency authorization, the FDA has told Roche to begin producing a new COVID-19 test that will expand capacity on an exponential scale:

The Food and Drug Administration granted “emergency use authorization” to the test, which runs on Roche Holding AG’s cobas 6800/8800 systems. The 8800 system is capable of testing 4,128 patients a day, and the 6800 version can test as many as 1,440. The tool also is available in Europe and countries that accept its CE marking for medical devices. …

This is the third test — and first commercially available one — granted emergency approval by the FDA. The agency in February cleared diagnostic tools brought forth by the CDC and the New York State Department of Public Health.

The U.S. and much of Europe have been criticized for testing their populations too slowly, allowing the virus to proliferate. Roche’s cobas systems, launched in 2014, are widely available globally, with 695 of the 6800 instruments and 132 of the 8800 systems already installed.

There are 110 of these tools in the U.S., and Roche has installed a “significant amount” of new ones in key locations in the U.S. in recent weeks, Schinecker said. Roche declined to specify how many of those units are 8800 and how many are 6800 models.

According to Politico’s Jake Sherman, that isn’t the only change coming from the FDA. The agency has given approval for the state of New York to take charge of testing authorizations for both public- and private-sector efforts, a move that will reduce the lag time in getting testing facilities up and running. That would signal a willingness to use subsidiarity and devolved authority to encourage innovation and expansion, which is sorely needed at this stage of the disease’s spread. The FDA will coordinate with a 24/7 hotline, Sherman reports, to facilitate testing, validation, or processing support.

Here in Minnesota, the famed Mayo Clinic announced last night that they have a new test that they have already rolled out to their own clinics and will shortly make much more widely available:

The Mayo Clinic has begun rolling out a test to detect the virus that causes COVID-19, a development that comes as concerns build that a lack of testing capacity could thwart a robust response to the outbreak.

Mayo’s large commercial lab in Rochester is one of several that have scrambled in recent weeks to create a test that can detect coronavirus in specimens. The lab says it started making tests available to health care providers at Mayo on Thursday and will open the supply to others in the coming days. Mayo’s initial capacity of 200 to 300 tests per day is expected to grow in the coming weeks.

Creating a new test usually takes months or even a year, clinic officials say, but they opted to fast-track development of the new test beginning in mid-February after watching the virus overwhelm the health care system in China, where the outbreak strain of coronavirus originated.

These moves by the FDA breaks a logjam that has hampered the US response to COVID-19 for at least a month. The FDA had dragged its heels on getting commercial labs involved in the development of tests, which forced a bottleneck at the CDC, former FDA commissioner Scott Gottlieb explained yesterday on Twitter.

In some respects our fate rests on the entities that are capable of sharply ramping testing and distributing the services nationally. Academic labs can serve their institutions. Only big national clinical labs like LabCorp and Quest can fill the void. A lot rides on them now 3/10

Public health labs have been an outstanding pillar. They’re working around the clock. They’re the nation’s backbone of response. But they aren’t richly funded and are being maxed out against current facilities. Only clinical labs have ability to sharply scale the efforts. 6/10

The emergency authorization to Roche (not mentioned by Gottlieb) provides a first answer to this call. Mayo Clinic’s new effort — which is in response to a deluge of testing demands — will also ease the logjam. It will take a concerted effort to expand this capacity to meet the demand necessary to identify and track the spread of COVID-19, and the FDA’s willingness to decentralize that effort is a good step in the right direction.

Gottlieb expressed his approval earlier this morning as well, noting that the new measures will free up the big labs to ramp up capacity quickly:

…This, in turn, can help make sure there are more platforms that can be used for #coronavirus testing. And FDA resources could then be prioritized toward working with manufacturers on a much needed, true point of care rapid test doctors can use in office.

Speaking of which, the Trump administration has also begun funding development for rapid-response tests:

The Trump administration is awarding $1.3 million in federal money to two companies trying to develop rapid COVID-19 tests that could detect whether a person tests positive for the new coronavirus within an hour.

The Department of Health and Human Services says Friday it is awarding $679,000 to DiaSorin Molecular, of Cypress, California, and $598,000 to QIAGEN LLC of Germantown, Maryland, to accelerate development of the tests.

This should have happened a month or more ago, but at least it’s happening now. Within a few weeks, we should have a much better idea about the actual exposure of COVID-19, its actual mortality, and — perhaps most important — a solid metric on when it starts to abate and the country can return to normal. Until we have that data, we’re flying blind.

Addendum: In the end, we may be very grateful for not having a single-payer system, writes Joseph Sternberg in today’s Wall Street Journal. Not only does our system encourage this kind of free-market innovation, it also forces better investment across the board — as we see in Europe:

Doctors in Italy know what to do to treat severe cases, such as using ventilators in intensive-care units. But hospitals lack the beds and equipment for the influx of patients and Italy doesn’t have enough doctors even to make the attempt. Ill patients languish in hospital corridors for want of beds, recovering patients are rushed out the door as quickly as possible, and exhausted (and sometimes sick) doctors and nurses can’t even muster the energy to throw up their hands in despair.

Is this more a result of the severity of Covid-19, or of long-term failures to invest in the Italian health-care system? One starts to suspect the latter.

Italy lags other large European countries in provision of acute-care hospital beds, furnishing 2.62 of them per 1,000 residents as of 2016, according to the Organization for Economic Cooperation and Development. In Germany it’s 6.06 and in France and the Netherlands it’s 3.15 and 3 respectively. That year, Italy devoted around $913 per capita to inpatient acute and rehabilitative care, compared with $1,338 in France, $1,506 in Germany, and $1,732 in the U.S.

U.K. policy makers understand what such analyses portend—because underinvestment in Britain’s creaking health-care system is even worse. The U.K. spent the princely sum of $901.70 per capita on acute care in 2016, according to the OECD. British data don’t distinguish acute-care beds, but a comparison of available beds overall isn’t any more favorable to the U.K. (or to Italy). In 2017, when Germany provided 8 beds per 1,000 residents and France offered 5.98, Italy managed 3.18 and the U.K. only 2.54.

Be sure to read it all.