David Hogg: I must destroy the MyPillow guy — by starting my own pillow company 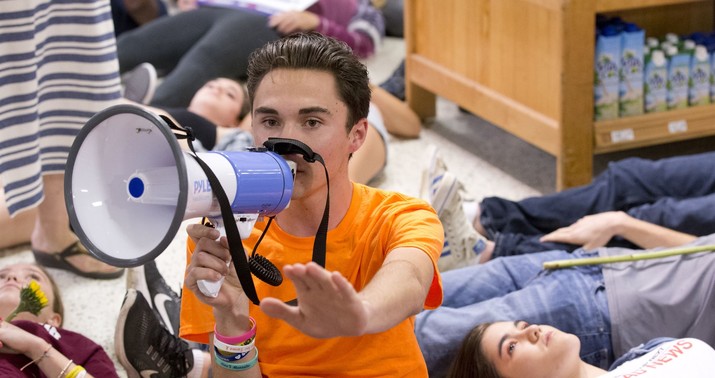 “I’m going to start a pillow company to own the cons” is an exciting new frontier in negative partisanship.

This smells suspiciously like an idea Hogg farted out on Twitter as an off-the-cuff joke, then rashly decided to pursue after it got a ton of excited feedback from followers who took it seriously. Why not launch a company on a lark to try to bankrupt a firm that makes nine figures a year selling pillows?

Why, the last time someone decided to follow through on a longshot notion they had semi-seriously workshopped on Twitter, it, uh … it worked out surprisingly well for them.

Anyway, I saw someone yesterday on social media suggest the name “PillowHogg,” which, one must admit, is an auspicious start. It seems we have ourselves a pillow fight:

.@williamlegate and I can and will run a better business and make a better product all with more happy staff than Mike the pillow guy while creating US based Union jobs and helping people.

This pillow fight is just getting started.

It’s going to take a couple of months though because we’re not going to sacrifice quality for time.

This seems to have been the exact moment the gag turned from Twitter goof to “I wouldn’t have this many followers if my every whim weren’t genius.” For one shining instant, he knew what it was like to be Elon Musk:

I NEED A UNIONIZED PILLOW MANUFACTURER IN THE US

We’re having a hard time finding one

If you know one PLEASE dm

Lefty interests started swarming, knowing a decent publicity stunt when they saw one:

I have like half the most powerful unions in the country in my dm s right now trying to help us on source material and assembly.

@UFWupdates connects us with unionized, ethical and sustainable sourcing.

I feel privileged to live in a country where progressives and conservatives can now signal their tribal loyalties with their choice of bedding. I’m picturing some wokester laying their head down on a PillowHogg, discovering that it’s lumpy as sh*t, and deciding to stick with it anyway and sleep fitfully for the good of The Cause, out of pure spite for Mike Lindell. Who, by the way, is being a good sport about the news: “Good for them…. nothing wrong with competition that does not infringe on someone’s patent,” he told Axios about Hogg’s venture.

Maybe Hogg should have just made Lindell an offer for MyPillow. It seems like each has what the other wants: Hogg is looking to move from political activist to pillow tycoon while Lindell increasingly is less known for his pillow business than for political activism. There must be a few progressive billionaires out there who’d bankroll the most famous of the Parkland kids as he pursues his dream of ridding the world of conservative sleep accoutrements. Speaking of which, as I write this, a three-hour “documentary” about voter fraud bankrolled and hosted by Lindell is airing on OAN. It’s, uhhhh, lively, but the most notable part (so far) may have been the disclaimer that ran beforehand. Legal eagles, is this enough to spare OAN from any Dominion/Smartmatic lawsuits that might arise from the “documentary”? My instinct is no — they chose to air the program after all — but I’m open to correction.

you really need to experience the whole disclaimer in full pic.twitter.com/6gz08PD43h